The Linux beta of EVERSPACE has been updated with Unreal Engine 4.17 and bug fixes

The unofficial Linux beta of space shooter EVERSPACE [Steam] has been updated again, this time it brings in an updated Unreal Engine 4.17 and bug fixes. 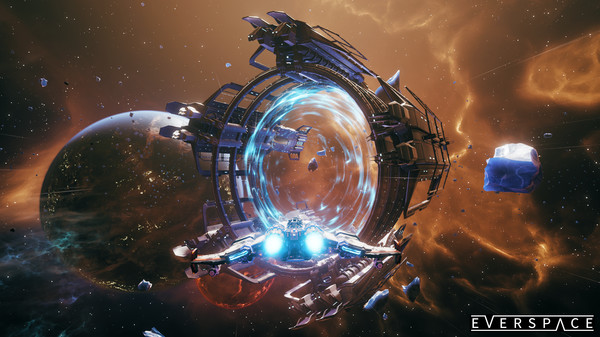 Sounds like getting this update out has been a bit of a pain for them dealing with SDL2 issues inside Unreal Engine, so it's really pleasing to see them not give up with it.

On top of an upgraded Unreal Engine 4.17, they also put in "fixes for the collisions for station turrets, the ancient warden teleportation, an issue with operating the gunship turret after cutscene playback, a fix for the blueprint progression in hardcore mode and a fix for the admiral mission".

You can see their post about it here on Steam.

Hopefully there's not much left before they can advertise it officially, as it really does work quite nicely for me. Easily one of my favourite space shooters. Either way, it's a damn fun game and they're a developer worth supporting for their continued efforts to get the Linux version as good as possible.

View PC info
So, when is GOG release coming? It takes a long time.
3 Likes, Who?

Guess they've had a reasonable reception then as they are still improving it.
0 Likes
x_wing 14 Feb, 2018

The game is DRM free on steam, so it should be just around the corner.
1 Likes, Who?

Quoting: GuestIf anyone reading this is on the fence about the game, BUY IT

Also My fav distro of all time in the name strengthens;) his point :D
0 Likes

The game is DRM free on steam, so it should be just around the corner.

That's not the reason their Linux version is not on GOG. It's because they still didn't mark it as release quality.

It stills use a lot of RAM here. Almost 8GB just for start the game.
I'm hoping they are going to fix this soon.

View PC info
Does it work in VR yet? Pretty sure this one has VR support in Windows
0 Likes

Quoting: gustavoyaraujoIt stills use a lot of RAM here. Almost 8GB just for start the game.
I'm hoping they are going to fix this soon.

I think that should be acceptable today for demanding games. It is a lot in general though.