The Linux beta of 'The Coma: Recut' is running nicely, should be out properly soon

The Coma: Recut [Steam] is coming to Linux, with it currently in beta. I've tested the beta and it is running pretty well. 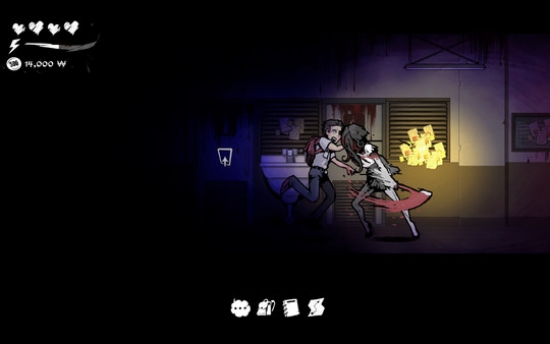 The developer gave an update, where they mentioned that the Linux version might be fully released in 1-2 weeks, once they've observed it a bit more. The next patch, which should include full Linux support should also have a German language option.

On top of that, they're also considering having a Linux version of their next game, Vambrace: Cold Soul, at launch.

The good news is your school is about to explode. The bad news is...you’re trapped in it with her.

The Coma is back, recut and remastered. Explore this horror-fest of the Korea indie cult classic with an all new visual upgrade and mechanics.

If you're wondering about the "remastered" bit, it's because the game was originally called The Coma: Cutting Class, which is no longer for sale.

I gave it a spin and it does seem like a pretty interesting game, I'm really quite surprised. A game that injects a little Korean culture into the survival horror genre (the developer is from South Korea). You are Youngho, a high school student who stayed up a little bit too late. You make your way to school and you fall asleep in class. When you seem to wake up, everything is not quite right.

You end up in some twisted world, where you're being chased by a teacher you totally have a crush on, except now she's a bit on the mental side. Instead of the usual talk about grades, she's more along the lines of a creepy "come closer and let me cut you up" kind of attitude.

It's all about the running and hiding, since there's no fighting back. The interesting mechanic is that you can crouch down and cover your mouth, so no one can even hear you breath. However, that takes energy, so if you've been running away your energy might not last long enough for them to go away. The encounters with the killer do have a real sense of urgency, they certainly made me sweat and panic the first few times.

One thing I wish it did have, was voice acting. Voice acting that's good is likely expensive though, but it would have improved the immersion somewhat. Even without it, I've been enjoying it.

I recommend headphones on with the volume up and the lights off, then it does get quite creepy.

For anyone interested in testing it on Linux, you only need to own a copy of it. It doesn't seem to be behind any opt-in beta or password requirement. Purchase at your own peril!

View PC info
I have never played any similar horror game but it can be a fun game.
0 Likes

Quoting: JaromirI have never played any similar horror game but it can be a fun game.

Have you tried Lone Survivor ?

EDIT : I could swear this had linux support but cannot find any trace on GOG/Steam

dmantione 22 Oct, 2017
View PC info
Often these develoeprs need a little helping hand, so I did offer it. Unity does the work of making it run, but developers are often inexperienced. Once they see that releasing Linux is no magic, things move towards a release.

It is indeed true that the Linux version is in the main branch and therefore everyone that owns the game has access to the Linux beta. Considering that no Linux specific bugs have been found, I don't think a lot will change when it becomes official.
0 Likes

Quoting: JaromirI have never played any similar horror game but it can be a fun game.

Have you tried Lone Survivor ?

EDIT : I could swear this had linux support but cannot find any trace on GOG/Steam

AFAIK Lone Survivor was only released for linux in a Humble Bundle (that's how I got hold of it anyway).
1 Likes, Who?
While you're here, please consider supporting GamingOnLinux on: