The Linux-powered Atari VCS will accept pre-orders May 30th, shipping next year

The Linux-powered Atari VCS [Official Site] console is officially starting pre-orders next month on May 30th, with it not actually shipping until spring next year.

The pre-orders will be done exclusively through their IndieGoGo page, with the wooden-front unit being a time-limited collector's edition. 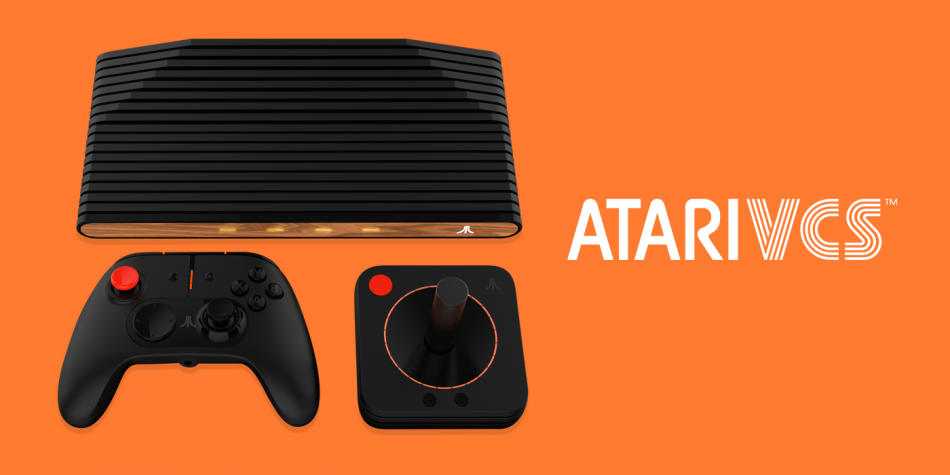 They're still not giving out enough information on it and yet they're moving towards pre-orders for a hardware product that won't actually ship until next year. My enthusiasm for it has honestly started to fade, they're just not giving us enough to go on. As much as I want a Linux-powered console to succeed, especially as they said before you will be able to fully access the underlying Linux system. The fact that they're still not talking in any depth about the details of the hardware or the software isn't a good look at this point.

They actually showed off a small demo of someone using their retro-stick controller on Twitter today as well. The result looks—awkward. Thankfully their gamepad actually looks quite nice.

From the info we've been given, they've partnered with AMD for a "custom processor with Radeon Graphics Technology". Along with that, they're saying it will support 4K resolution, HDR and 60FPS content. Not that you will need all that for the retro classics, but it will be interesting to see how it holds up with other newer indie games. In addition, it will have expandable storage, built in WiFi, Bluetooth 5.0 and USB 3 support.

I'm very keen to see how the release goes, but there's no way I would put money down until they show off the system properly. Imagine if it was even a minor hit, could be rather interesting for us.

View PC info
Looks like a very big scam attempt to me. I'm not using AMD but is Mesa or GPU-Pro stack on Linux supports HDR?
1 Likes, Who?

Quoting: Guesti just did a rant on this and i'm telling you right now unless they give out what games are for this thing or even show off the os i have no interest at all with this.

I don't know... I mean, you're completely right on that it's very very odd what they're doing here. I can imagine two explanations for it:

1. Atari is completely unprofessional. They risk everything they still have for bringing up this device, not specifying exactly what's in it, what it's capable of, what games I can play with it (aside from the old Atari classics), they're offering an open Linux system, capable of playing SteamOS games, that would make a completely different target group happy than the typical Atari retro player, IF there were any hardware infos about it. The only pictures they're offering is people in a lab playing retro games with a retro style controller...

2. They hold all the information back, because they have a surprise waiting.

I don't know what it is, but they're clearly not doing their best from a marketing standpoint. Let's hope they do it for a reason!

View PC info
Meh. Either they come up with decent hardware and software info, or crawl back where they came from and don't bother coming back. After the first launch hiccup, total lack of decent communication, information and demos, I couldn't care less about a pre-order with the release planned elusively one year from now.

View PC info
I admit, I am interested in this. It looks cool and if rumors are true, it will be a cool little gaming box based on linux.

But, they want me to pre-order it?!? And a full year in advance? Hell, I'll be shocked right now if this console EVER ships... I'm surely not going to give it my money a year in advance and hope they ship a product at all. Even if it does ship, what is the chance it will actually be worth the money they want for it.

IMHO, only a fool would pre-order this... And they better have a lot of spare cash because they will be lucky if they ever get anything of value in return.
1 Likes, Who?

Quoting: Guesti just did a rant on this and i'm telling you right now unless they give out what games are for this thing or even show off the os i have no interest at all with this.

Totally agree! Or at least port some of their IP, regardless Windows Games or console to Linux as I said it last december here. People wanted to play console because of games, regardless have exclusive of not (but exclusive is a plus).
XB1 is prove that console will still sells even do exclusive games are less than PS4 and games also available on Windows PC via MS Store; as long it does have games!

Linux-powered console without Linux games is like Fish without Chips. And Atari VCS totally not convincing me at all. I am super unhappy with influx of con-people coming to Linux gaming. The main problem that the victims aren't us but future Linux adopters! :><:

p/s: I need to find my throwaway G account. You got a new Youtube subs. :D
1 Likes, Who?

"A complete list of Atari VCS product specs will be posted with the pre-sale."

“We are building outstanding teams and forging alliances that will make this product great and truly worthy of the Atari VCS name. Expert hardware partners are helping make this project possible and we couldn’t be more pleased with their contributions.”

"The updated Classic Joystick and new Modern Controller for the Atari VCS are being developed in partnership with leading video game peripherals maker Power A. Both items will be available in select packages and as standalone purchases."
0 Likes

elmapul 1 May, 2018
View PC info
the console is small.
there is no space for heat dissipation, and eve if it have enough space, it dont have space for many transitors.
if you can fit 1000 transitors i 1cm, you can fit 2000 in 2cm.

small device=weak, this thing will flop, everything is saying that its a scam
0 Likes

View PC info
I'd say it has a 2200-2400G on board with some customization since its probably not a socket based APU and a heat-pipe slapped on top. It would probably make for a good buy if that's the case but we will need to wait until someone cracks it open to see.

A BGA version of those APU's would probably reduce the price a decent amount to make such a console feasible. I don't think you will be playing many titles at 4k 60fps, except for retro ones.
0 Likes
1/3»
While you're here, please consider supporting GamingOnLinux on: