The Long Dark is celebrating five years since release, Episode 3 of the story due in October

Five years ago in September 2014, The Long Dark entered Early Access as a rather unique take on the survival game genre. Later in November 2015, it also released for Linux.

That might seem like a long time, but for a full game to be developed it's really not. There's plenty that have gone on for far longer like Project Zomboid which has been going since some time in 2011. Bigger games do tend to take a long time, especially for a smaller team like Hinterland with The Long Dark.

In a blog post on their official site the Game Director, Raphael van Lierop, reflects on the development and what it has meant to them. Amusingly, they wrote about wanting to boost the amount of games they ship to fill up their own legacy. They decided they wanted to make smaller games and work on smaller projects after being around AAA development…that didn't exactly go to plan of course given The Long Dark has taken up a significant part of their life.

They're actually a bigger studio now too, with almost 40 people working on The Long Dark. Additionally, they put up an interesting stats in this graphic I thought was pretty sweet: 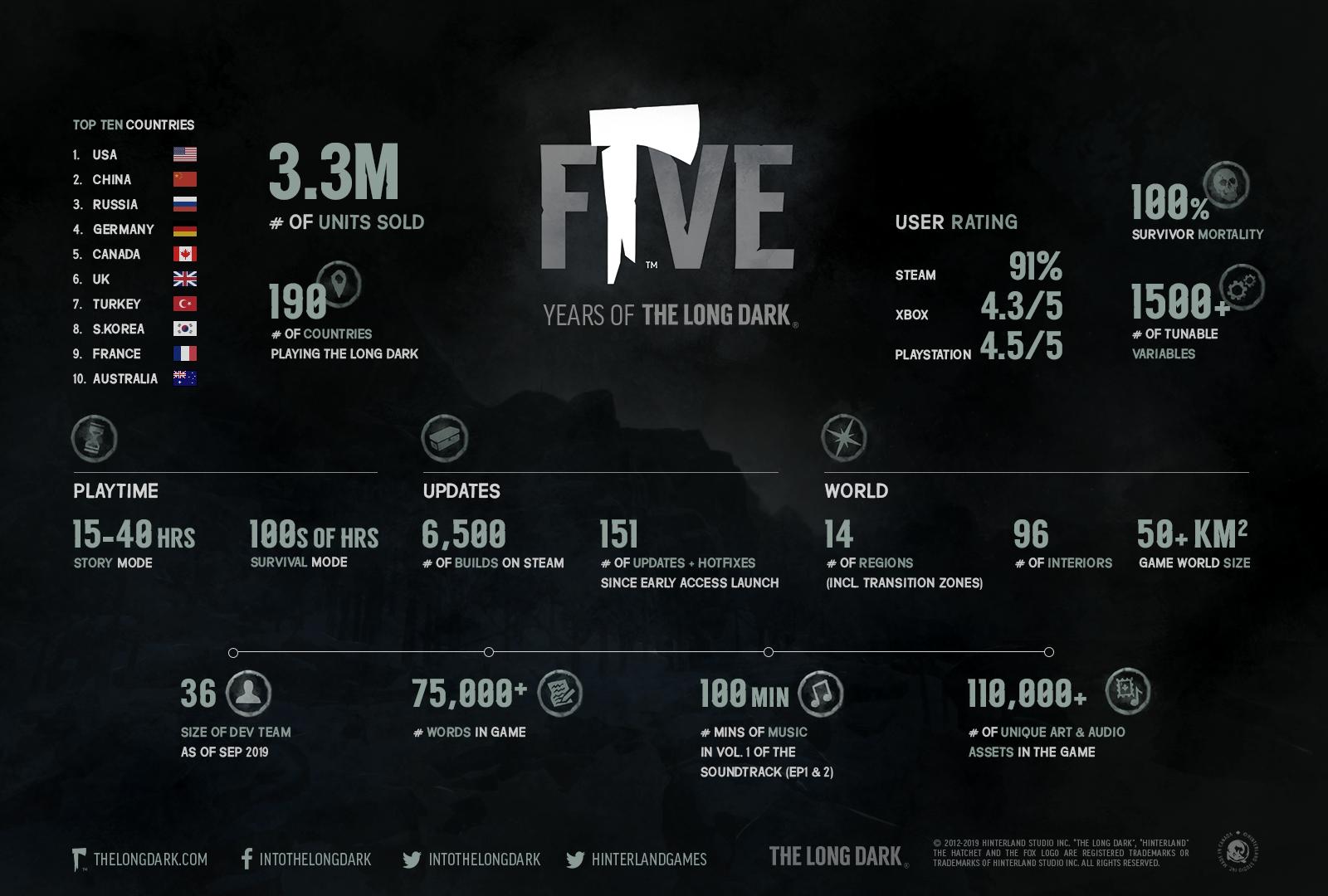 I love the bit about having 100% mortality for survivors, no one lives forever of course and The Long Dark is not exactly a game that you "win". It's about surviving the odds as long as possible.

They're not just reflecting though, as they also had some big news to share!

For Episode 3: CROSSROADS ELEGY they've announced it's going to release on October 22nd and they provided a brand new teaser for the occasion: 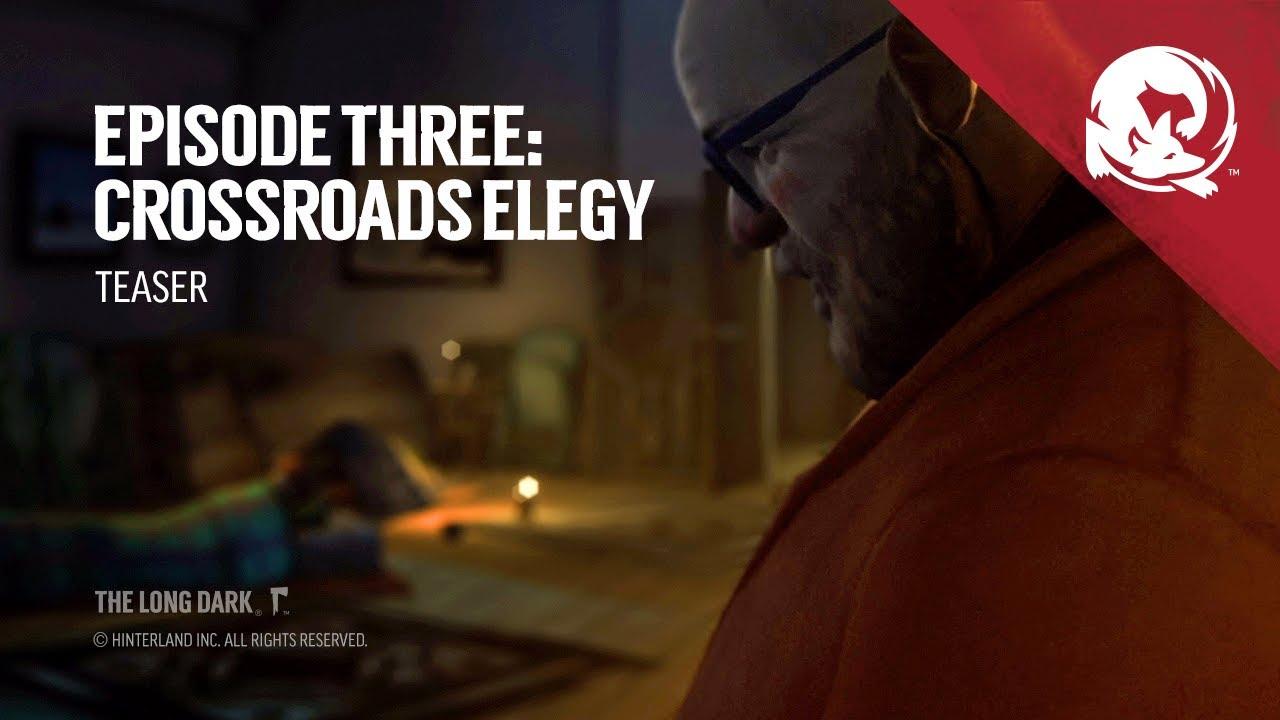 Something else that's fun, is that Hinterland have released what they're calling a Time Capsule. They've unlocked access to the last 15 major releases of The Long Dark in Beta branches on Steam for anyone to try a bit of an older build. That's actually a really fun idea.

More information on Episode 3 is coming in the weeks ahead and they will also be sharing more details on the next survival mode update due in December.

The Long Dark is quite a remarkable game, brutal in many ways. Surviving against the elements has a very different feel to it compared with others like 7 Days to Die. Some of the landscapes are hauntingly beautiful, especially when you're looking into the distance and a harsh cold wind suddenly blows in and you're unprepared. 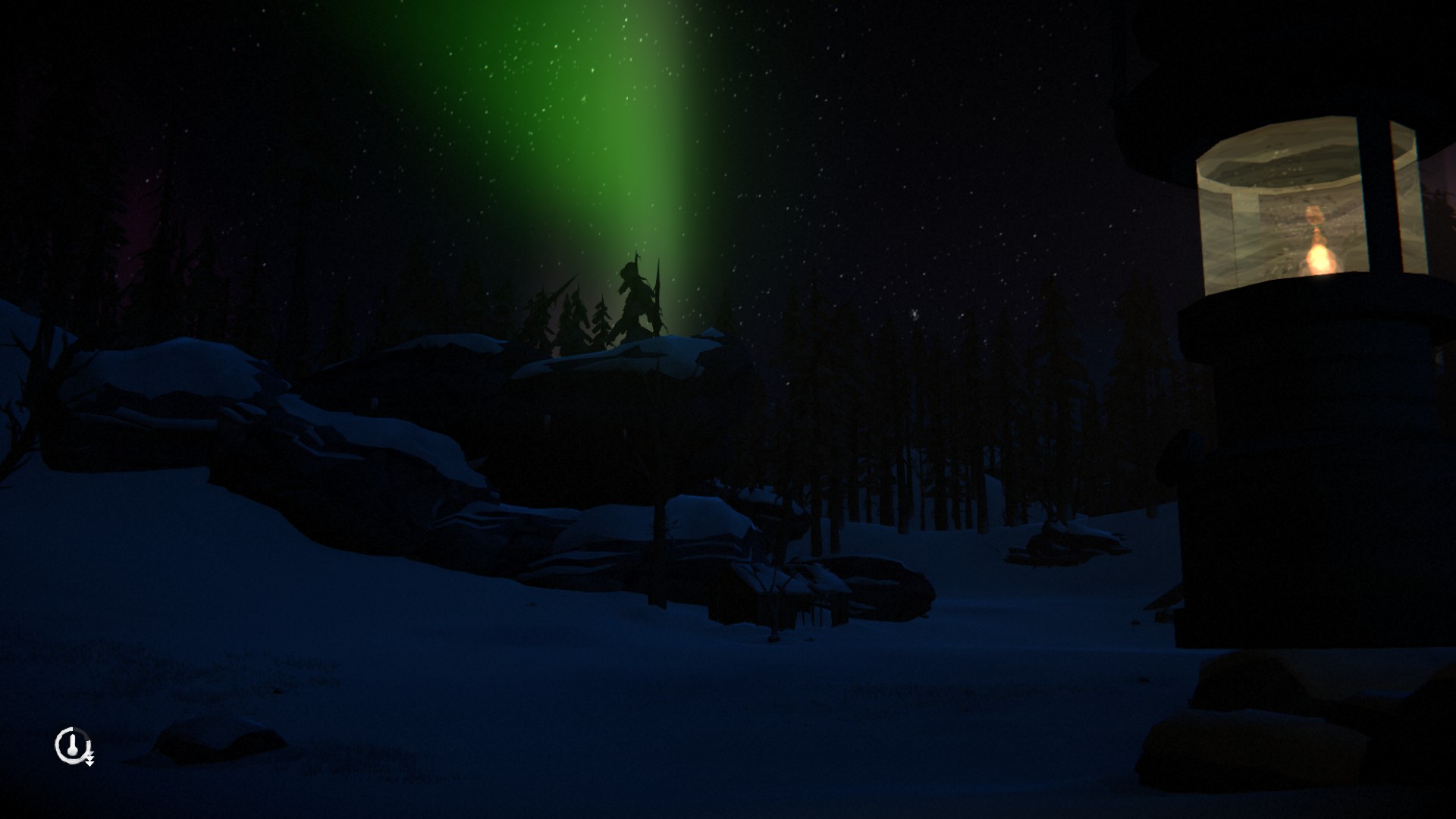 Quite a difficult and lonely experience, I look forward to playing through the story once the third episode is out.

View PC info
Did you just put an infographic in an article? :P
2 Likes, Who?

View PC info
I loved this game when I got it like 4 years ago, with that unique feeling of struggling against the elements. It's about time to grab it once again to see how well it stands nowadays.
0 Likes

Quoting: EhvisDid you just put an infographic in an article? :P

View PC info
Of course, no mention of GOG on the infographic - because they abandoned GOG.

I'm curious to see whether I'll get episode 3 at GOG or not - the claimed that they would keep the game up to date at GOG.
0 Likes

View PC info
What's the story with GOG by the way? Developers suddenly just pulled the game from there at one point.
0 Likes

Quoting: ShmerlWhat's the story with GOG by the way? Developers suddenly just pulled the game from there at one point.

No one really knows, neither side is talking on it. My personal feeling is it was done due to the tweets made by the now-fired marketing/PR guy at GOG.
0 Likes

View PC info
just some rough numbers...if the game is 29.99 they made about 70 million usd. Not bad for a small studio. (Probably is less because I'm not a considering the purchases made on sale and regional prices)
0 Likes

Quoting: chancho_zombiejust some rough numbers...if the game is 29.99 they made about 70 million usd. Not bad for a small studio. (Probably is less because I'm not a considering the purchases made on sale and regional prices)

And with regional pricing and sales it will probably be less than half. Also interesting, if you assume that they had an average of 20 people working for 5 years, then the development would have cost somewhere around $10M. Well beyond any indie dev and their kickstarter funds were just a drop. Makes you wonder what the game would have been like if it hadn't taken off immediately.
0 Likes
While you're here, please consider supporting GamingOnLinux on: