Lutris [Official Site, GitHub], the rather advanced game library manager is currently going through some major improvements with the 0.5.0 release that's in Beta. The latest new feature, is a rather nifty one.

Previously, to add a new game to Lutris you would search for it on the Lutris website and add it to your client. It worked, but it was a little bit annoying. That's all going to change in the next beta, as you will be able to search for a game in the Lutris client and add it that way. A small feature but an incredibly handy time-saver. 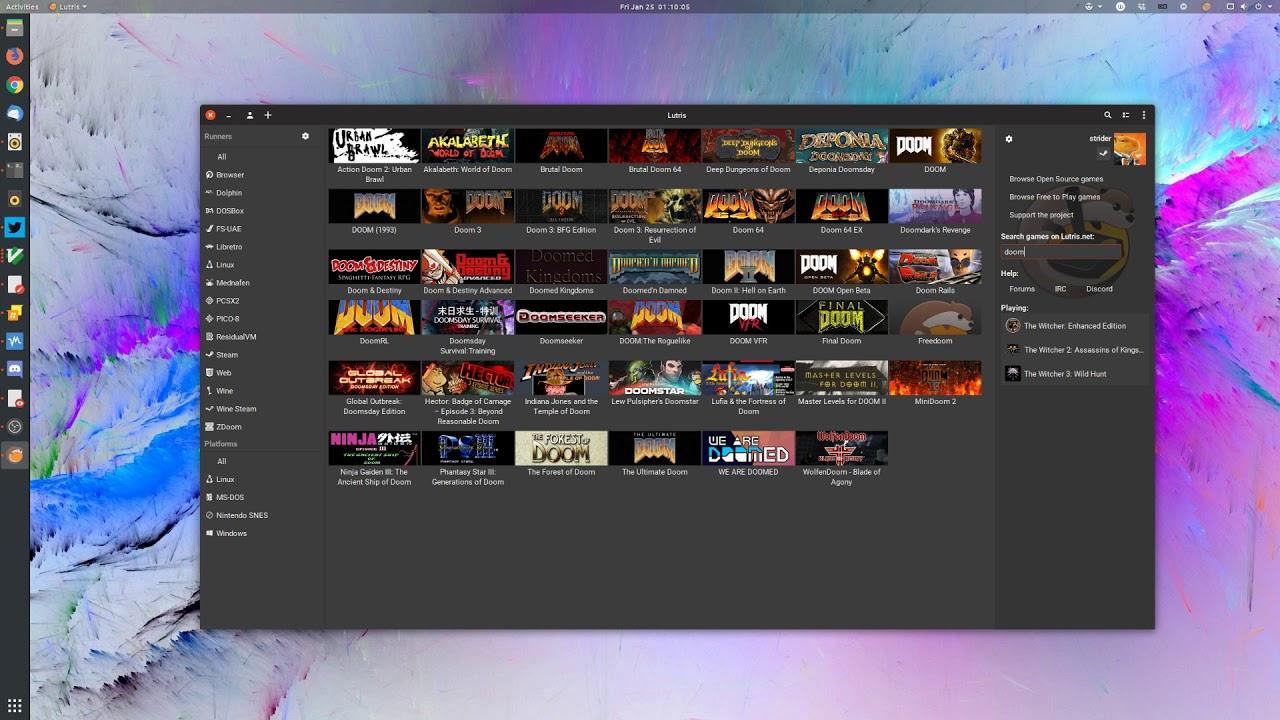 It's funny really, I never really got on well with Lutris until recently where it has become one of my most used applications. Especially handy for dealing with GOG downloads. The progress on it is staggering, great job Lutris team!

Our livestreamer, Sin, has also recently started using it. She dual-boots with Windows, which was for Overwatch and that was pretty much it. I introduced her to Lutris and Wine+DXVK and I think we have another full-time Linux convert on our hands she was so impressed at how well it all works.

View PC info
finally, that are some really good news :)
2 Likes, Who?

View PC info
Having the search (and presumably install) option right there is very nice. The only thing I'm not too fond of is the gnome style top bar (although in this case it's not really a problem either) and the monochrome icons in runner/platform list (which takes away the most important source of recognition).

Still one big feature on my wishlist. The ability to update to newer version of the install script without reinstalling. This is primarily interesting for Wine. I know they have been looking into it, but it's probably very tricky to do. But at least a partial update would do (like just changing wine/dxvk version, reapplying settings and maybe adding some winetricks installs that weren't taken care of by the previous version).
0 Likes

const 25 Jan, 2019
View PC info
I remember with my first tries with Lutris, it took me quite some time to finally install the first game with it. This weird "install from browser" setup and missing dependencies on wine were the culprit, as they were not obvious to me in the slightest.
Nice that both issues are fixed now.
1 Likes, Who?

View PC info
This last year I neglect my Playonlinux client for Lutris. Lutris evolves so quickly, so nice new features this last months. I ask myself if there is a big sponsor in the sliding door...Gog?
0 Likes

const 25 Jan, 2019
View PC info
I'm also wondering if this feature will make it into the kodi addon, though it's probably ok if not.
0 Likes

View PC info
I tried Lutris v0.4 (the one installable with my distribution) yesterday to see how it will work with my Steam library.

Turns out it doesn't work with Steam installed with Flatpak apparently.

Has the v0.5 fixed this issue maybe?
0 Likes

Will you rename yourself after deleting the windows partition? :D
2 Likes, Who?
TobyHaynes 25 Jan, 2019

Day ~6300 Windows Free and that's only because my employer provided Windows NT on my first dev system. Once I figured out how to work around run certain tools under Wine, the rest is history.

Lutris is bringing it, for real. ^_^
0 Likes
1/3»
While you're here, please consider supporting GamingOnLinux on: