This is also the first time I have used our new multi-page article system. Enjoy 3 pages of open-source glory.

I saw someone state we didn't cover open-source enough, so here you are!

This is by no means a full list, just some favourite projects of mine that I think deserve a little attention from GOL visitors. Hopefully this can spur up a good conversation in the comments on some of your favourites to share with us too!

Featured
To start it off with one I have never mentioned before!
Knights Game
This game will always have a place in my heart and it's probably not very well known, I played the original on Amiga CD with my brother and it's now open source and available for Linux! Each game revolves around a quest – for example, you might have to find some items and carry them back to your starting point. This may sound easy, but as there are only enough items in the dungeon for one player to win, you may end up having to kill your opponents to get their stuff! Seven Kingdoms
Seven Kingdoms Ancient Adversaries was open sourced under the GPL in 2009. This includes the game source code, graphics, and audio, except the music.
Another project that I have fond memories of, I originally purchased this when I was younger as part of a double game pack with Deadlock 2 and was pleasantly suprised by this awesome Real Time Strategy with some really different game play! You must control as many villages as you can as they are your resource for getting troops, while fighting or making friends with rival kingdoms.

0 A.D. - A Real Time Strategy engine and historical game with beautiful graphics, this game releases an Alpha version a few times a year usually with lots of bug fixes and new features to test out, still far from a playable game due to poor perfomance as a game goes on, but they are working on it! I fear though that 0 A.D. will end up in a perpetual Alpha release state, while they have interesting additions with each new release I can't help but feel like it will just go on and on with no stable release. 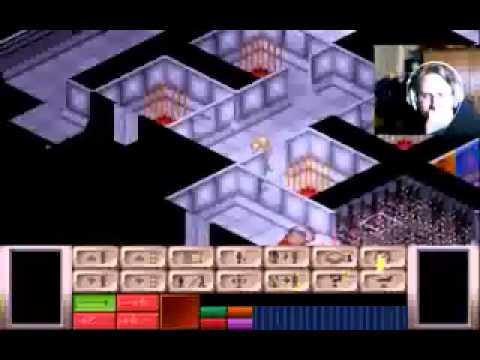 YouTube videos require cookies, you must accept their cookies to view. View cookie preferences.
Accept Cookies & Show   Direct Link
This is one of the many reasons I truely love open source, this game is probably one of my all time favourite games that has been revived thanks to this project!

SpringRTS - Open source Real Time Strategy engine originally meant for Total Annihilation but now has a vast array of games for it, games like Zero-K for example featured in the below trailer. Sadly their player count seemed to fizzle down quite low since some time ago. GemRB - A portable open-source implementation of Bioware's Infinity Engine, think being able to play Balders Gate or Icewind Dale on Linux natively. I seriously need to give this a go, I loved Balders Gate 2. We do often include affiliate links to earn us some pennies. We are currently affiliated with GOG and Humble Store. See more here.
About the author - Liam Dawe
I am the owner of GamingOnLinux. After discovering Linux back in the days of Mandrake in 2003, I constantly came back to check on the progress of Linux until Ubuntu appeared on the scene and it helped me to really love it. You can reach me easily by emailing GamingOnLinux directly.
See more from me
Some you may have missed, popular articles from the last month:
The comments on this article are closed.
19 comments
Page: 1/2»
Guest 17 Feb, 2014
Nice article -- giving more time to the open source pojects is a worthy cause that I wish more sites (and youtubers) would do. OpenXCom, OpenRA, CorsixTH and Arx Libertatis all bring back really fond memories for me; I really hope OpenMW keeps going as it has done the last 12 months, I really want to play Morrowind again, without the need for Wine!
0 Likes
Stuntrally 17 Feb, 2014
If you haven't tried Stuntrally, it's a GPL racing simulator. It picks up where vdrift left off. http://www.ogre3d.org/forums/viewtopic.php?f=11&t=58244
0 Likes

View PC info
My favourite by far is the 0AD project, the fact that it will never be stable is not in itself a problem as it is more than easily playable. Think of it as a kind of Dwarf Fortress experiment. It is stable enough to be played, but it is going to have additional content and tweaks added for life.

OpenMW, OpenXcom, and the many others are all really interesting projects. It's a shame that some projects are discontinued, but as some of these projects are just maintained by people who have a full time job and family to look after, and life sometimes takes over....
0 Likes
Havner 17 Feb, 2014
How could you not mention Freespace 2/Source Code Project and all its wonderfull spinoffs? Wing Commander Saga, Diaspora, The Babylon Project etc.
0 Likes

Quoting: HavnerHow could you not mention Freespace 2/Source Code Project and all its wonderfull spinoffs? Wing Commander Saga, Diaspora, The Babylon Project etc.


QuoteIf a game didn't make my list it's not because it isn't awesome I probably just forgot it or had to cut it so that article wasn't stupidly long.

View PC info
i like to play Unknown Horizons, Xonotic and Teeworlds from time to time, as well as mentioned OpenRA and 0AD.

gonna check few games from here that i havent heard before.
thanks for nice arcticle
0 Likes
Rsgm 17 Feb, 2014
I have been working on an opensource game about hacking. I am still working on it. It is mostly written in java and partially in python. Since it is java it is cross platform(I have tested building and running on linux, mac and windows). I develop it on linux mint as well, which means that I will know of bugs for linux first.

It can be found here on github.
0 Likes

minj 17 Feb, 2014
Battle for Wesnoth is enjoyable. Until you get totally raped in higher levels, of course :P
0 Likes
Some Dude 17 Feb, 2014
For OpenRA, the original single player campaigns are currently under development. The current stable release already has a few of the first maps for C&C TD, plus some custom single player (and dual player cooperative!) missions for Red Alert.
0 Likes
melrief 17 Feb, 2014
The Dark Mod deserves more attention IMHO. Even more now that is standalone.

The Dark Mod Home
0 Likes
1/2»
While you're here, please consider supporting GamingOnLinux on: