The Panorama UI for Counter-Strike: Global Offensive is now live for everyone by default

Valve's massive update to the interface for Counter-Strike: Global Offensive [Steam] is now officially live for everyone, no longer needing a launch option to be set. This came with a big set of bug fixes, so hopefully it's more stable for those of you who had issues. 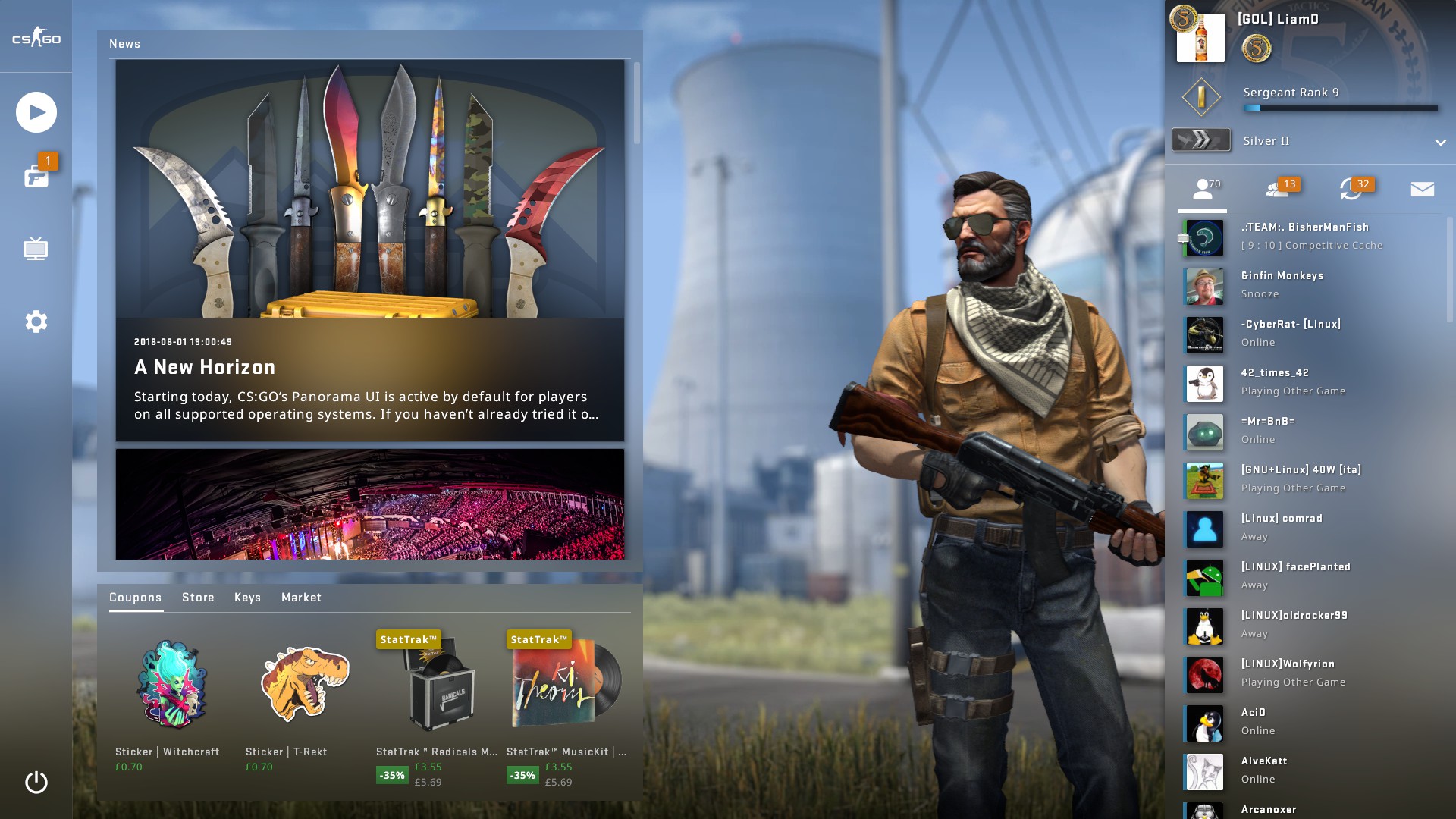 If you have issues with the new interface, you can add "-scaleform" as a launch option to see the original. However, this will only be available for a limited time. Not honestly sure why you would want to use the old one, unless there's open bugs Valve haven't yet solved as it's a huge improvement.

In addition, the latest update also brings in some gameplay updates. When planting C4 at bomb site B, it will now emit a different sound, molotovs and incendiary grenades will now consistently deal impact damage so that it matches other types of grenades and there's also a new Horizon Case, featuring 17 new community weapon finishes and 4 brand new knives.

Article taken from GamingOnLinux.com.
Tags: Action, FPS, Valve
10 Likes, Who?
We do often include affiliate links to earn us some pennies. We are currently affiliated with GOG, Humble Store and Paradox Interactive. See more here.
About the author - Liam Dawe

KayKay91Really wish TF2 got the same treatment as CS:GO

Don't forget, Valve is just a small indie company with at most two developers. :D
3 Likes, Who?

kibbles 3 Aug, 2018
View PC info
Tried the panorama changes on linux about two weeks ago and found quite a few glaring bugs in it. The main one being if you change video quality settings it will freeze the screen until you alt-tab out and back in (got flashed the split second before I applied the change, made it quite obvious). Will have to give the release version a spin to see if valve caught it.

To give credit where credit is due panorama runs quite nice on linux.
0 Likes

View PC info
I have been using the panoramic UI since it went into beta. it is a really nice overhaul.
Wasn't CS:GO meant to goto Vulkan and source2 like DOTA2 did?
0 Likes

View PC info
This also comes with fixes for the UI elements at 21:9 aspect ratios!!!! Amazing.

(Before when entering a game the old UI would be out of screen...so it would be hard to click "continue." and other annoying bugs like that).
0 Likes
NeoTrantor 10 Aug, 2018
In case it crashes on startup: I had to stop xboxdrv to get it working. Maybe this helps you.
0 Likes
PlayItOnLinux 2 Sep, 2018
Hello, I have fps problems with the new ui while playing
i'm using 4.9.124-3-MANJARO, anyone knows how to disable panorama ui or fix the problem ?
thank you :)
0 Likes