By Liam Dawe - 3 January 2017 at 8:33 pm UTC | Views: 9,322
The 'Legion' expansion for Planetary Annihilation: TITANS [Steam, Official Site] is a huge community effort and it looks amazing. They have now officially released it into the wild for everyone to play. 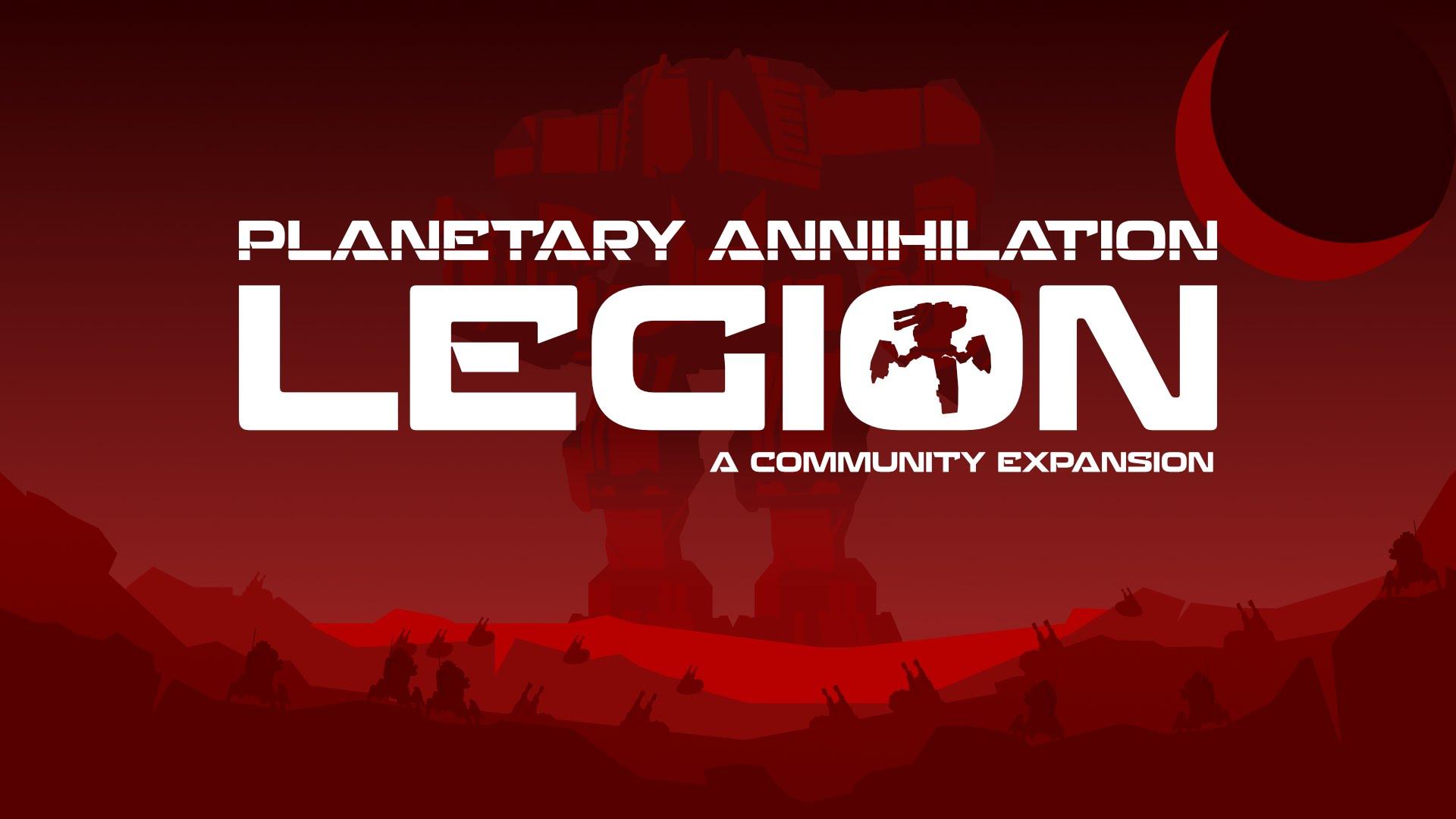 YouTube videos require cookies, you must accept their cookies to view. View cookie preferences.
Accept Cookies & Show   Direct Link
Legion adds an entirely new way of playing the game, as it adds in another unique team with their own units and play-style.

Getting the expansion is simple, as a while ago Planetary Annihilation was updated to have a built-in mod manager. It's a recommended mod too, so it's easy to find and it's a one click install which is delightful: 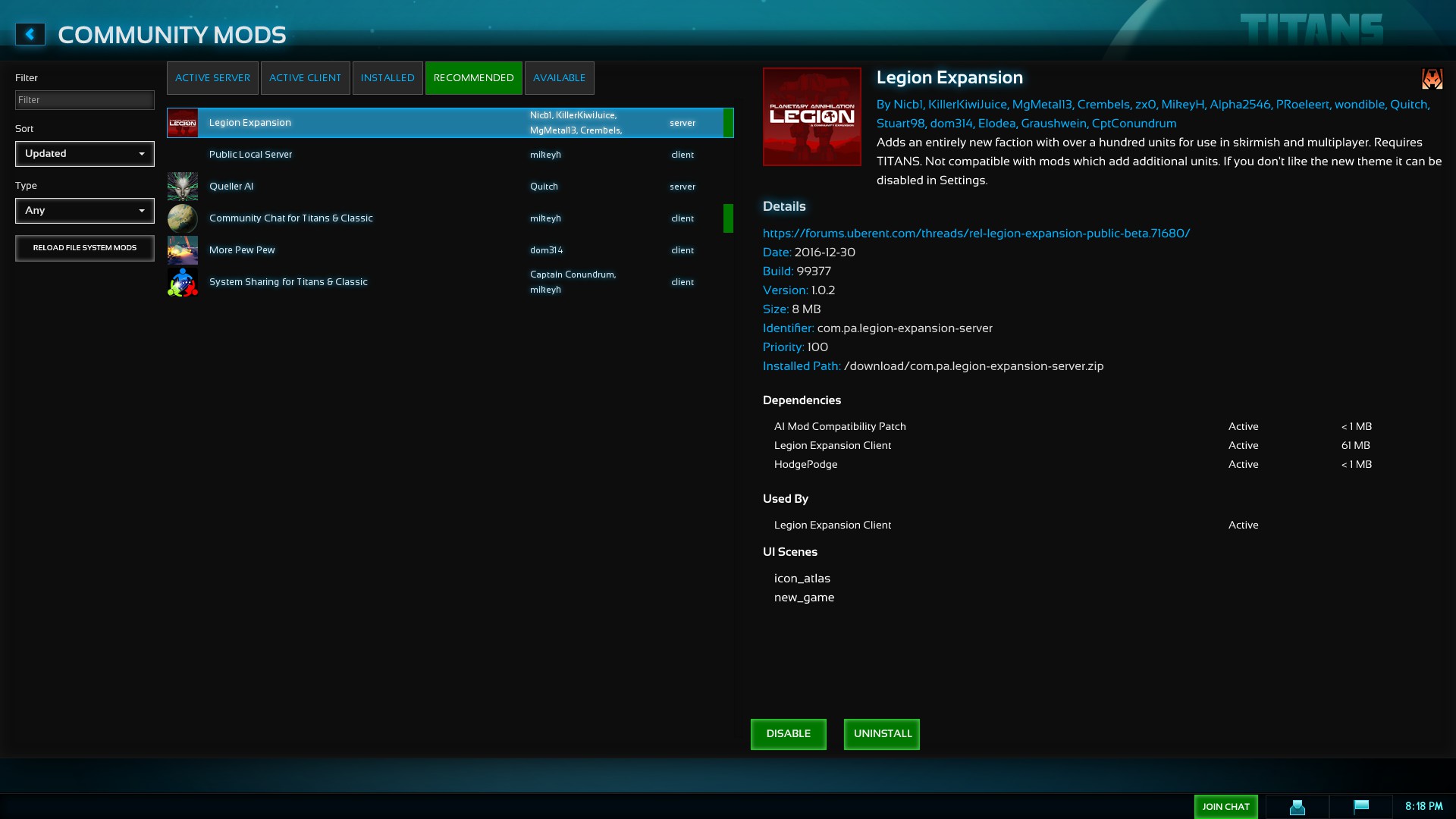 What surprised me, is that PA: Titans is still actively played with over 800 people playing it right now.

I tested the mod earlier and the effort put in is truly amazing. The units and buildings all look fantastic and the game is really smooth now.

About the expansion
A labour of love put together over the course of one-and-a-half years, this expansion introduces over a hundred new units, forming an entirely new faction equal in size and scope of the original. You can use it in multiplayer, or play against the AI in skirmish, both are fully supported.

The Legion lack the mobility and numbers of the MLA, instead their focus is on raw power. While the enemy are many, the Legion's armour is strong and their guns powerful. They do not focus on early raiding or rapid expansion, rather they prepare themselves to strike a single mighty blow that both begins and ends the battle.

View PC info
it looks absolutly amazing, installed it and gonna try it out tomorrow
0 Likes

Doc Angelo 4 Jan, 2017
View PC info
I think I will try it, but yesterday we had the strong feeling that this whole planet thing is not a necessarily good thing for RTS games. There are no real choke points on these planets, especially if you play in a star system with more than 1 planet. You have to constantly expand in every possible direction and take care of your fabbers.

I think being "restricted" to a 2D map section and premade maps is better suited for typical RTS game strategies. We're playing Supreme Commander 2 tonight - I'm really looking forward to it. It gives you a better overview over what's happening.

And what's even more important: You can disable Nukes in Supreme Commander 2. I hate those thingies. :D
0 Likes
Quitch 4 Jan, 2017

No reason you can't have chokes, I mean, just look at Lock, or something like Fortress from superouman's map pack. There are also a number of maps from SUPCOM which map makers have converted. I'm not a huge fan of the SUPCOM ports because to me the 360 nature of the maps is one of the big appeals of the game, but different strokes and all that.
0 Likes
While you're here, please consider supporting GamingOnLinux on: