This looks all kinds of nuts. A point and click adventure game planned to release for Linux that's made from Renaissance-era paintings and public domain recordings of classical music.

It serves as a sequel to their previous game, Four Last Things which sadly didn't come to Linux. The developer said this about Linux support on their Kickstarter:

I know they're trying to get backers, but I still think they're being a little naive here. Sure, Unity supports building for Linux, but we all know it's had a lot of issues lately. Just because your game engine supports it, doesn't make it simple. So I do hope they have researched it a little and tested it first to be as confident as they sound about it. Not trying to put a downer on it here at all, just pays to remain a little cautious.

Considering it also follows on from the events of the previous game, they're going to need a good bit of story telling for Linux (and Mac) players so we're not completely lost on what's going on.

Anyway, check out the weird trailer: 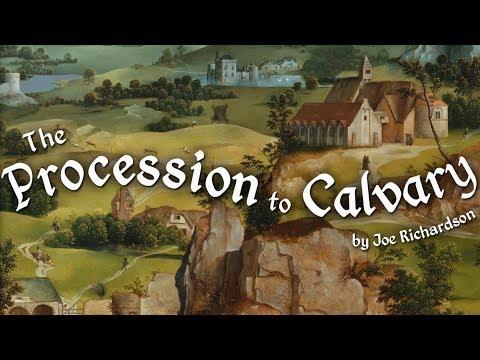 I must admit, it does look pretty darn amusing.

They're seeking £7.5K with £2,5K already funded and they still have a good 29 days left to go, so they should easily hit that funding goal.

Article taken from GamingOnLinux.com.
Tags: Adventure, Crowdfunding, Indie Game, Point & Click, Unity
10 Likes, Who?
We do often include affiliate links to earn us some pennies. We are currently affiliated with GOG, Humble Store and Paradox Interactive. See more here.
About the author - Liam Dawe

View PC info
I was expecting this to be like the 'Bible Games' of old; but then it turned out to be a homage to Terry Gilliam. I'm definitely interested.
2 Likes, Who?

pb 8 Aug, 2018
I might back this if they port Four Last Things, no point in playing just the sequel. As it stands, I'll wishlist it at best.

Quoting: wvstolzingI was expecting this to be like the 'Bible Games' of old; but then it turned out to be a homage to Terry Gilliam. I'm definitely interested.

Yes, definitely more than a little Python/Jabberwocky vibe about this. I'm interested. Also, clever way to get gorgeous art assets on the cheap. Who knew there were artists before Disney locked everything down in copyright?
4 Likes, Who?

View PC info
The art reminds me of the aesthetics of Rock of Ages and the also graphic adventure to be Lancelot's Hangover: The Quest for the Holy Booze. The latter was successfully backed in Kickstarter a few years ago. Very Python-esque all of them, which usually is a great thing. I'm interested but experience tells me better keeping expectations low, just in case.
1 Likes, Who?

Phlebiac 9 Aug, 2018
View PC info
The engine excuse is indeed a bit thin, when Daedalic released Linux versions of their Visionaire games, and the company behind the engine promised a Linux version of their own (Kickstarter-funded) game.
0 Likes

QuoteConsidering it also follows on from the events of the previous game, they're going to need a good bit of story telling for Linux (and Mac) players so we're not completely lost on what's going on.

Second - and I know you have this "no tux no bux" policy Liam - even if there was a story, those who would be "completely lost on what's going on" are people who not only use Mac or Linux exclusively to the point of never-ever-ever booting into Windows, but also aware of this tiny little obscure renaissance game and are willing to pay for it despite not playing the first one. Well, I'm sure the developer can afford to disappoint all 3 of those people.
0 Likes

Quoting: callciferuse Mac or Linux exclusively to the point of never-ever-ever booting into Windows

You make it sound like a strange quirk instead of a perfectly rational choice. :D
3 Likes, Who?

View PC info
Will keep an eye on that one
0 Likes
1/2»
While you're here, please consider supporting GamingOnLinux on: