The release trailer for Finding Paradise, the follow-up of To the Moon is up

Finding Paradise [Steam, Official Site] is due to release with same-day Linux support tomorrow, to get you in the mood the official trailer is now up.

It currently has a store page on Steam, but the developer has confirmed it will be heading to GOG and the Humble Store too. 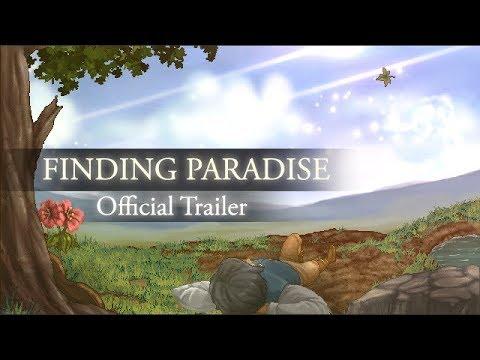 Due to the severity of the operation, the new life becomes the last thing the patients remember before drawing their last breath. Thus, the operation is only done to people on their deathbeds, to fulfill what they wish they had done with their lives, but didn’t.

Finding Paradise is the 2nd full episode of To the Moon's series. It follows the life of the doctors' new patient, Colin, as they attempt to unravel a life that is split down the middle, and fulfill a wish that appears to be self-contradictory by nature.

To be clear, you do not need to have played To the Moon to enjoy this one, it's a standalone game.

The system requirements listing "Potato+" for the processor requirements is still cracking me up, good stuff. Even more amusing, is this video where the developer talked about expectations for the game, hilarious how they initially described it: "it is utterly disgustingly terrible"—Keep watching though! What an incredibly likeable person, they seem like the kind of developer who I would love to just sit down and have a chat with.

View PC info
Your title is a little misleading. I thought it was out a day early, only to find "tomorrow" in the article text.
0 Likes
mcphail 13 Dec, 2017
Now I know how I'll be spending my weekend.
0 Likes

View PC info
I'm hoping they carry on the really amazing spatial stuff they showed off in A Bird Story. The way spaces opened up as you proceeded through the story was amazing, and added a lot to the oldschool graphics.
0 Likes
While you're here, please consider supporting GamingOnLinux on: