From now until January 2nd the Rocket League [Steam] 'Frosty Fest' event is live allowing you to earn some special items. 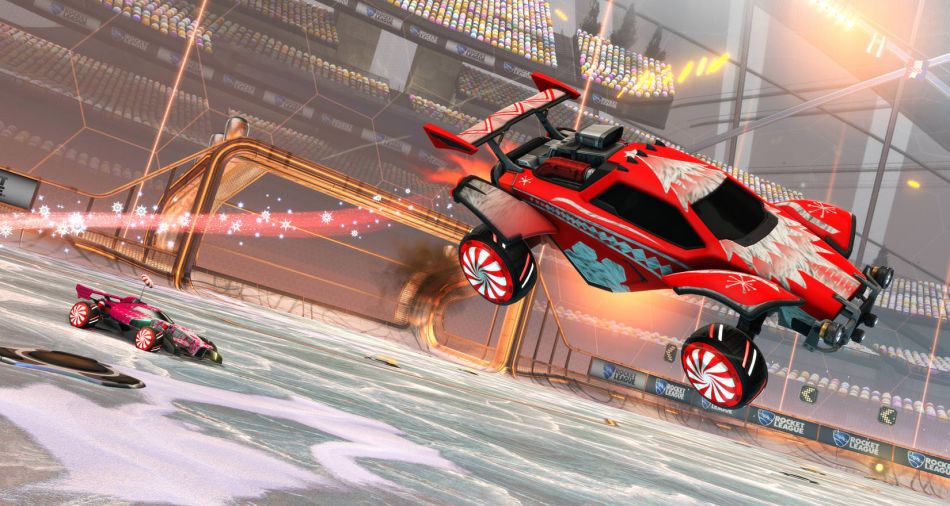 If there's one thing I truly love in games, it's customization. Rocket League has tons of items to collect, some of which are only available in limited time events like this one.  I do also like that it's just a fluff feature, since the items don't affect the gameplay.

Every online match you play now will earn you Snowflakes, which can then be used to purchase Event items, Decryptors (to unlock crates for free) or the new ‘Frosty Fest’ Event Crate.

You don't actually have to buy the new event crate using this in-game currency, you can also earn it as a drop after playing some matches. Although it's probably quite a rare crate, so it might be easier to use your precious Snowflakes. However, if money is no issue for you, it can be purchased as well.

The good news for you Penguin fans, is that unlocking one is rather cheap: 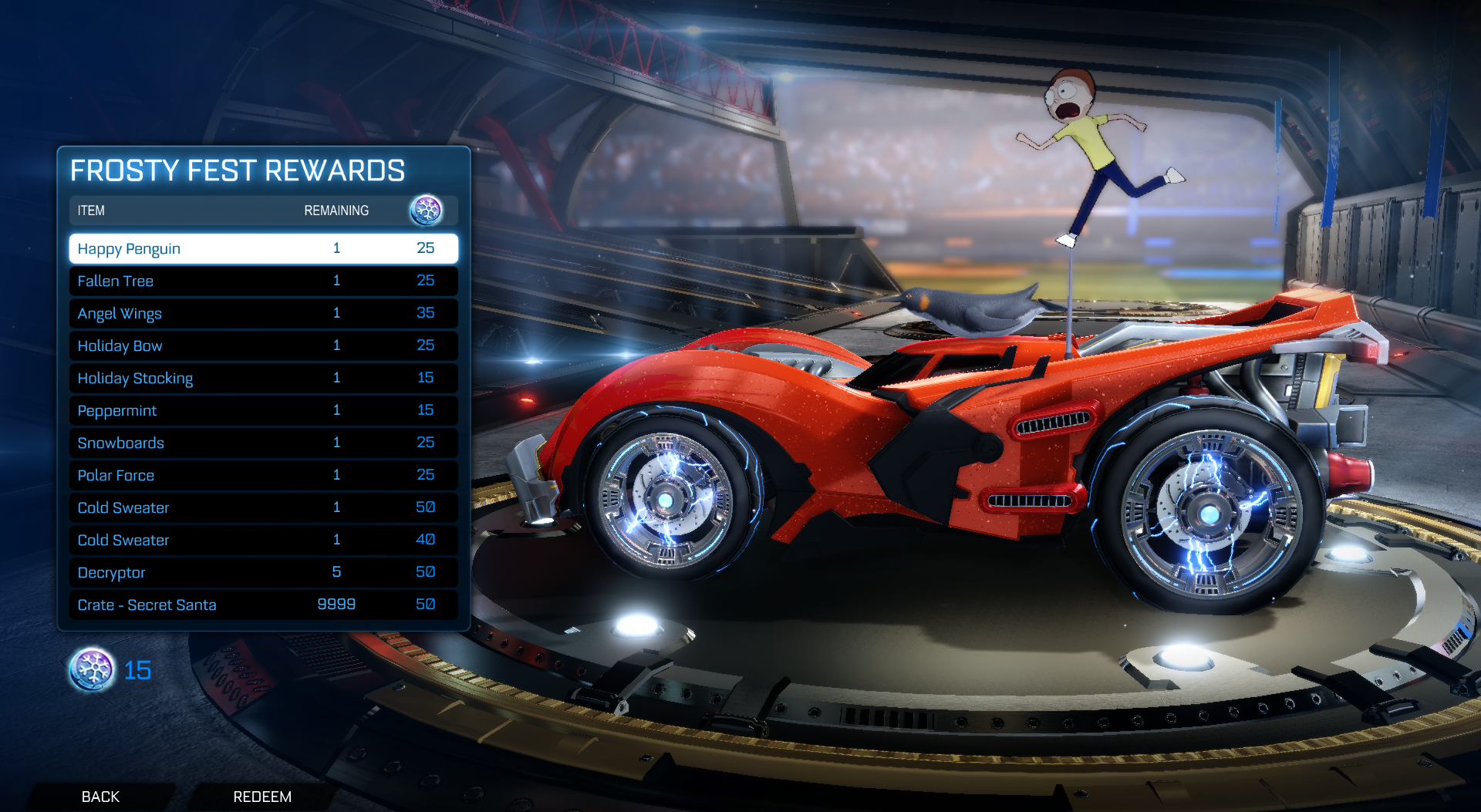 I still think it's amazing we have Rocket League on Linux, even if it's quite likely the game I'm the worst at. Seriously, my first match today to test this out was 9-2, yet I still want to keep playing. Such a simple idea for a game, but so much fun it's crazy. My second match had the other player telling me to "skip" the game, when it was 2-3 to them and just after I managed to make it 3-3 with 3 seconds left on the timer. I do love how even games that seem lost, can so quickly turn around.

There's been a number of games where I feel like hitting forfeit, the kind of game where you think it's just not your day, only a minute later you score 3 goals and the other player isn't too happy. There's so many moments like that, which keep me coming back for more. These events and special items are just icing on the already rather tasty cake.

Quoting: EikeIs the Linux version out of beta now? :p

I always thought that the beta ended a few days / weeks after it first hit Linux.
Anyway, it was always working very well for me (except for a few crashes in the first week), I don't really see why it would be in beta anymore,unless, of course, other people have problems with it and I'm just part of the lucky few, but I didn't see people complaining so I don't think so. (Except for the comment above but that's probably a bug introduced in this update)

View PC info
Everybody's talking about betas and crashes... How about the own-goalers and loners? I can't go a single round without these bastards ruining it for me. This game's community has turned into a toxic mess of pompous pricks and trolls. Until this is addressed, this game is dead to me.
1 Likes, Who?

Quoting: aFoxNamedMorrisEverybody's talking about betas and crashes... How about the own-goalers and loners? I can't go a single round without these bastards ruining it for me. This game's community has turned into a toxic mess of pompous pricks and trolls. Until this is addressed, this game is dead to me.

Yeah. The game by itself is bug fun, but I stopped playing it.
0 Likes

The problem is the goal explosion in the santa crate, but there's a workaround until psyonix fixes it, you can read more here:
https://www.reddit.com/r/RocketLeague/comments/7jw3on/psa_linux_users_the_secret_santa_crate_is_what_is/drb413d/
0 Likes

The problem is the goal explosion in the santa crate, but there's a workaround until psyonix fixes it, you can read more here:
https://www.reddit.com/r/RocketLeague/comments/7jw3on/psa_linux_users_the_secret_santa_crate_is_what_is/drb413d/

Nice and clean workaround, thanks! (Though I just played to unlock the Happy Penguin topper and stopped after that, but I'm sure it will be handy for the others :-)
0 Likes
While you're here, please consider supporting GamingOnLinux on: