The RPG 'Shroud of the Avatar: Forsaken Virtues' has released

Shroud of the Avatar: Forsaken Virtues [Steam, Official Site] made big promises, but sadly it has failed to deliver overall. The official release is now here. With the release, the in-game map still doesn't work on Linux and the performance of the Linux version is quite terrible.

Considering Shroud comes from Richard “Lord British” Garriott and Starr “Darkstarr” Long, you would expect some level of quality and direction in what they're doing, but it's a painful experience.

I do like the fact that you can choose to play it either online or offline and that some of the quests can be somewhat interesting to do, but it doesn't make up for all the other issues present in the game. 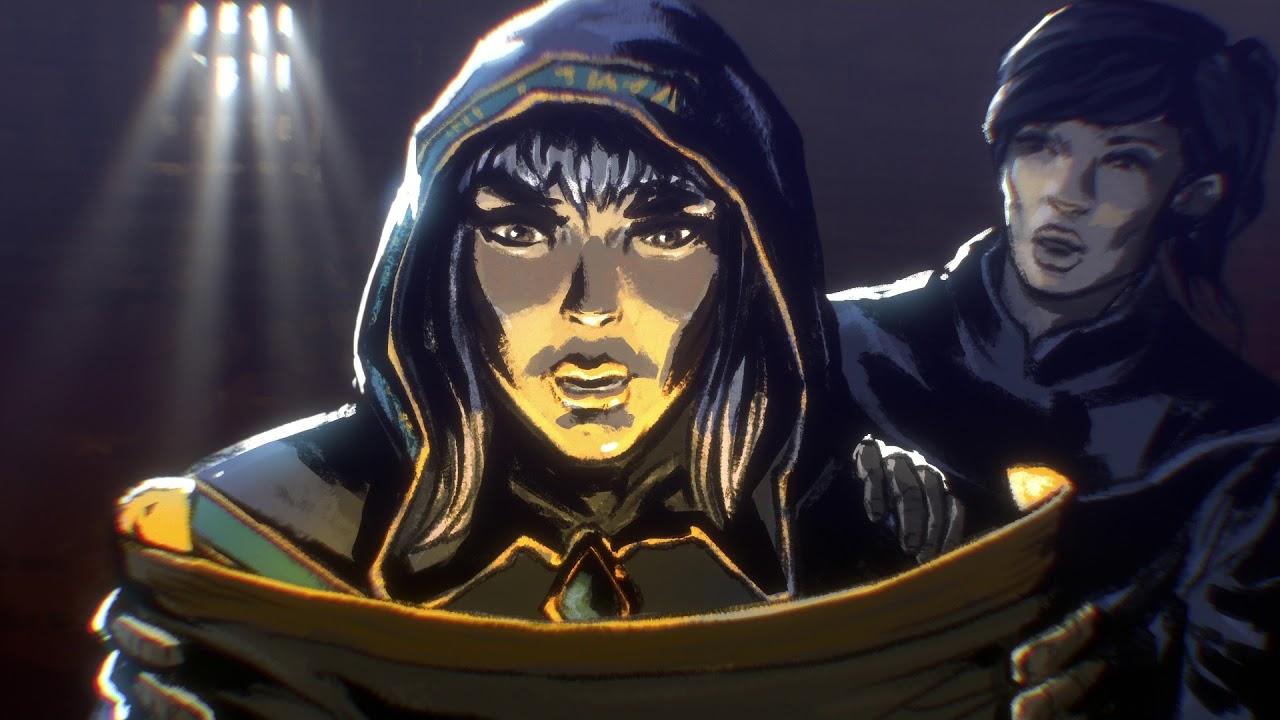 Even on the most basic graphical setting, the game struggles to hit 30FPS, often dipping below and it makes it a pretty awful experience honestly. It's stuttering, it actually feels sluggish to control and to play as well.

It's not just the fact that performance is shocking, there's also the issue of the real-money shop, which for a pay to play game that isn't cheap to buy at £30.99 and one that recieved Kickstarter funding of $1.9 million that rubs me the wrong way a bit. I mean come on, they're selling a single sword for $15 (currently reduced from $30!).

The conversation system with you being able to type your questions or just click the shortcuts is interesting, but it feels so watered down it becomes nothing more than a gimmick. Can't find someone? Try asking "where is *name*" and get a gibberish response. With such a conversation system, you would think something so simple as asking the location of someone they should know, would actually do something. The Quest system is also a bit of a nuisance, some quests have bugs where the indicator doesn't update back to the NPC once you've finished it. I'm on a quest right now, where not only has the indicator not updated once I've done the required tasks (checked many times to be sure), the NPC has literally vanished that I'm supposed to talk to as well—not a good state to be in at release.

I could get interested in it in future, if they fix the glaring performance problems, test their quests and get the in-game map working for Linux users. It's incredibly difficult to enjoy something, when it's as sluggish as this and when such a basic feature doesn't work it feels like we've been left out in the cold.

I know the die-hard Shroud fans will argue against my thoughts on this, but the experience really just isn't good right now.

View PC info
Performance issues are not for Linux only. Look at Steam reviews.

They all complaining about sluggish performance.

Your review seems so spot on , including transaction part.
1 Likes, Who?

View PC info
The gameplay videos found on youtube after this video shows a remarkably much better graphics than we saw earlier - do this mean they've ramped up the visuals considerably compared to earlier videos shown here on GOL, or are the video clips just remarkably selective in what they show?
0 Likes

Quoting: BeamboomThe gameplay videos found on youtube after this video shows a remarkably much better graphics than we saw earlier - do this mean they've ramped up the visuals considerably compared to earlier videos shown here on GOL, or are the video clips just remarkably selective in what they show?

I can't really compare, since I have to run it on lowest and even then it's garbage in terms of performance. Not Linux specific either, plenty of Windows gamers saying the same thing.

Depends what videos you mean.

Edit: I misread you, edited.

Having played it, I personally dislike the combat system. I know that others enjoy it though.
The performance is simply crap (I tested in Linux and Windows).
Quests are broken (and not just some)
It is pay2win and has the ingame shop being incredibly expensive
Loading times are still ridiculous.
4 Likes, Who?

Quoting: STiATI had backed this game back in the day, and it became pretty clear during the development process what it is: a ripoff.

Having played it, I personally dislike the combat system. I know that others enjoy it though.
The performance is simply crap (I tested in Linux and Windows).
Quests are broken (and not just some)
It is pay2win and has the ingame shop being incredibly expensive
Loading times are still ridiculous.

It's not pay2win at all, prove that it is. The sword and "weapons" have basic starter stats and generally get broken down to reshape an in-game crafted item, therefore they are cosmetic in nature. Yes a little expensive, however its a niche game and will likely remain that way.

Performance could be better, however I am finding it playable on good settings with an I5 4670, GTX 960 and 16GB RAM.

Good game overall with good potential to be better, although certainly not everyones cup of tea.

View PC info
Odd thing is, is that the in game map for single player offline works in Linux.
0 Likes

View PC info
I stopped following it when the updates were popping up constantly in steam and annoying me.
To hear that after all that work it still runs like garbage makes me ignore it completely.
0 Likes

View PC info
I have been on the fence about this one... I was afraid to spend $40(US) for a MMO only to find it too grindy.

While the previous comments did not mention grind, the amount of negativity here does push me on to the "don't bother" side of things. (Its not that they are extreme at all, but the number of people disliking the game for various reasons is a big turn off to the game.)
1 Likes, Who?
Swiftpaw 28 Mar, 2018

QuoteConsidering Shroud comes from Richard “Lord British” Garriott and Starr “Darkstarr” Long, you would expect some level of quality and direction in what they're doing, but it's a painful experience.

Ha, no, sadly for those of us who know Richard's history at least, he's been one failure after another for a long time now. Ultima had some great things about it back in the day, but since then he's been making money off his name recognition while churning out garbage. Clearly it was either the advise of other developers around him who helped to make some of the Ultima games pretty good in certain ways, or Richard has just lost his touch or never had it or only had part of it and needed help, much like George Lucas.