The RPG 'Shroud of the Avatar: Forsaken Virtues' is to launch next month

Shroud of the Avatar: Forsaken Virtues [Steam, Official Site] is looking to officially leave Early Access next month, which is a little surprising. According to a recently posted schedule, they plan to release on March 27th.

Originally funded on Kickstarter way back in April 2013 and then entering Early Access back in November 2014, it's been in development for quite a while. I've kept checking back on it through various release, but I've never come off too impressed with it. 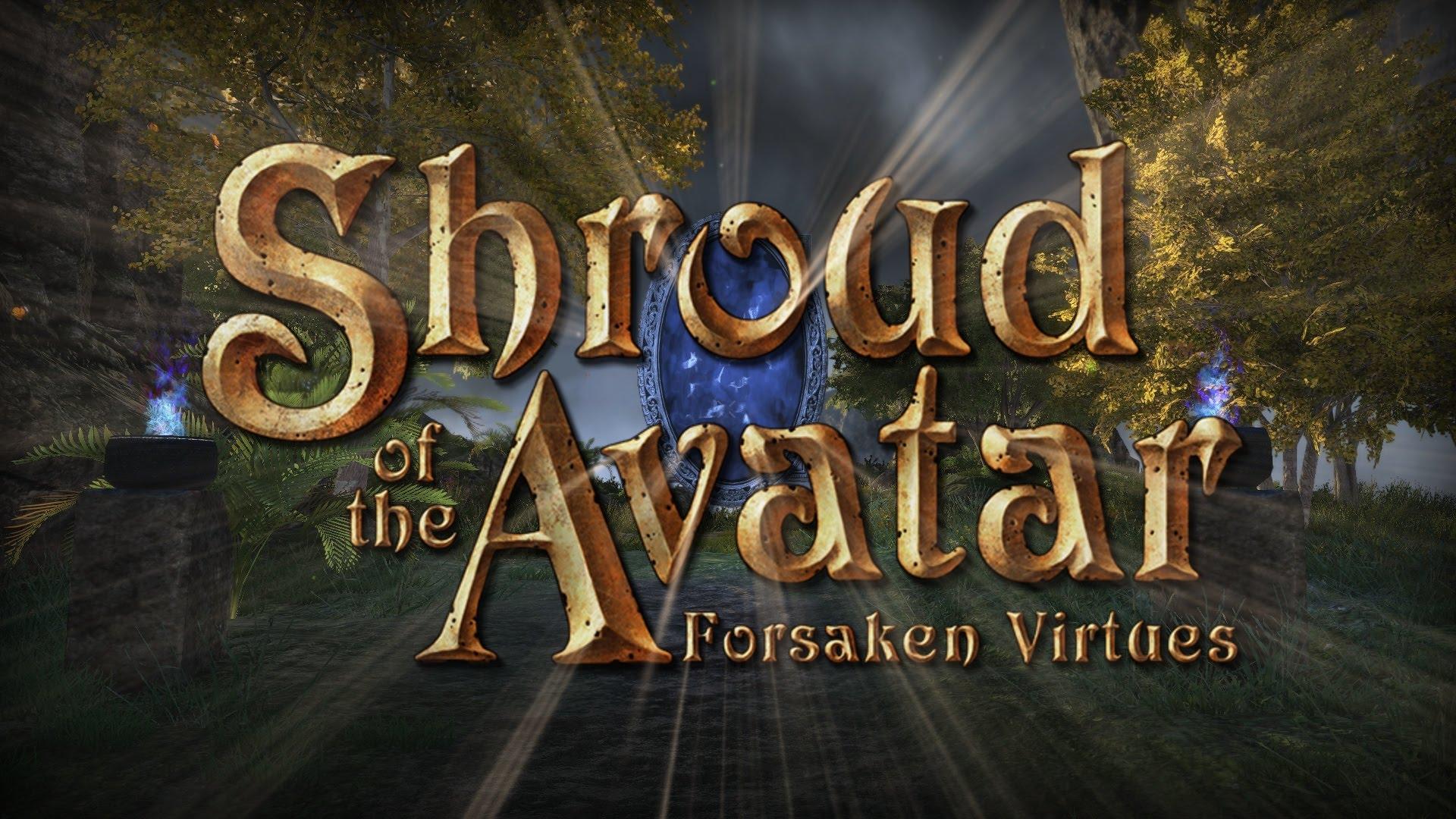 First of all, I know it's not finished, but with the release closing in I would have thought performance would have been a bit better by now. Even on the most basic settings, it often dips down to 30FPS and it really doesn't feel all that smooth, not to mention it looks pretty awful by today's standards.

The problem is, any higher than the basic setting really does bring the performance down quite hard. I tried sticking with "Good", the middle tier, but I was often seeing sluggish gameplay below 30FPS. There's also a healthy dose of stuttering while running around and during battle. I'm on a 980ti with a reasonably good i7 processor, I'm not expecting miracles, but after this long in development I would have expected much better performance by now.

See the below shot as an example, tiny room with the lowest possible settings and yet the performance is struggling to hit 30FPS: 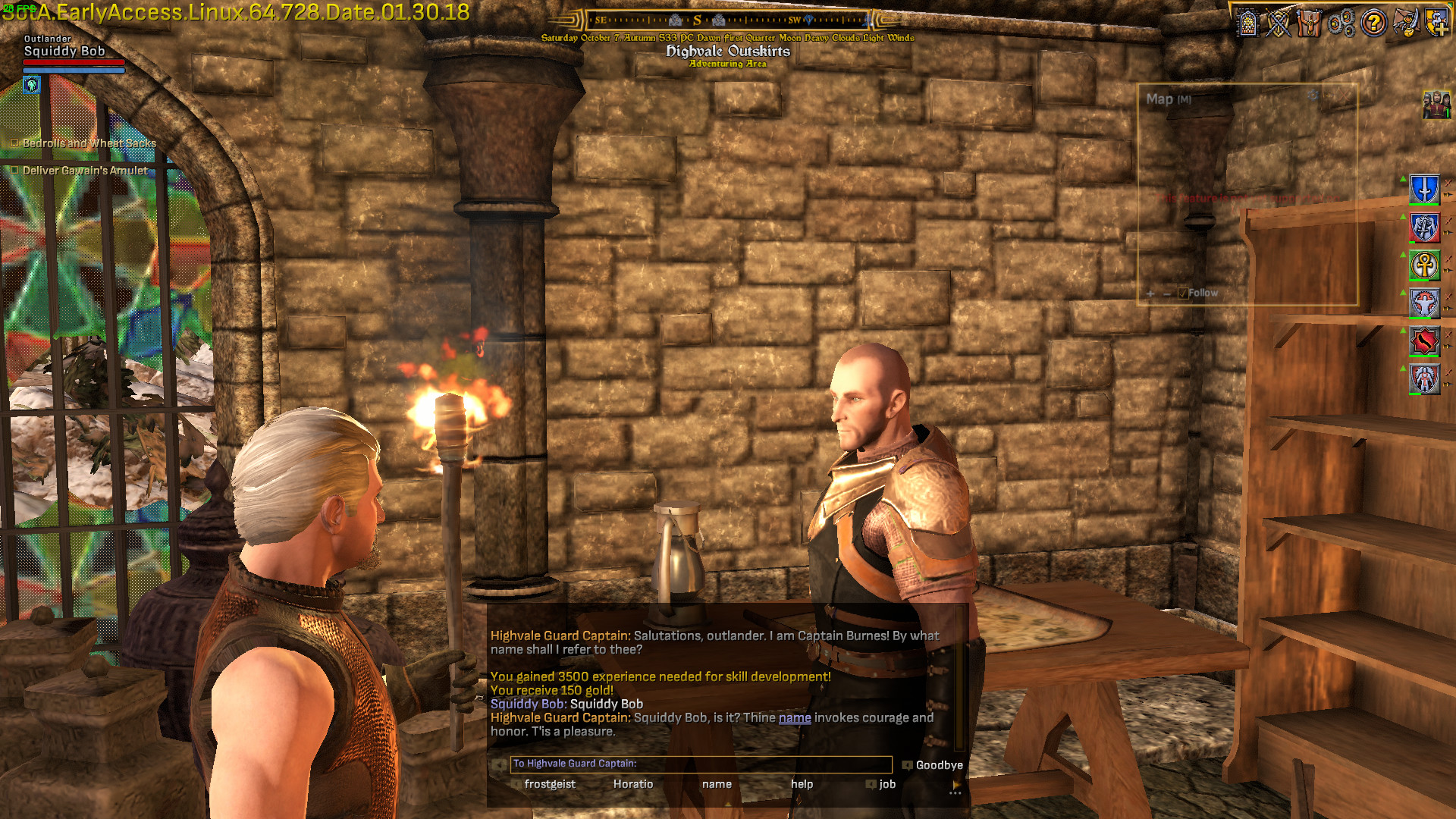 Also, the dialogue due to my choice of character name is a little hilarious…

I re-tested the same area on the very latest build, with no difference. Same awful performance, stuttering and so on.

The in-game map system accessible by pressing M, is still not supported on Linux. They said this would be finally implemented on February 22 with patch 51, and so I delayed this article hoping to finally see it. Sadly, it still did not make it into the game for us, again. For now, Linux users can see the main map online here.

The actual gameplay, seems to be extremely standard RPG stuff here. You speak to someone, they tell you a tale, you get a quest. You find the person they asked you to see, you get another part of a quest and you're just bouncing around people. The problem is, the quests just don't really seem all that interesting. 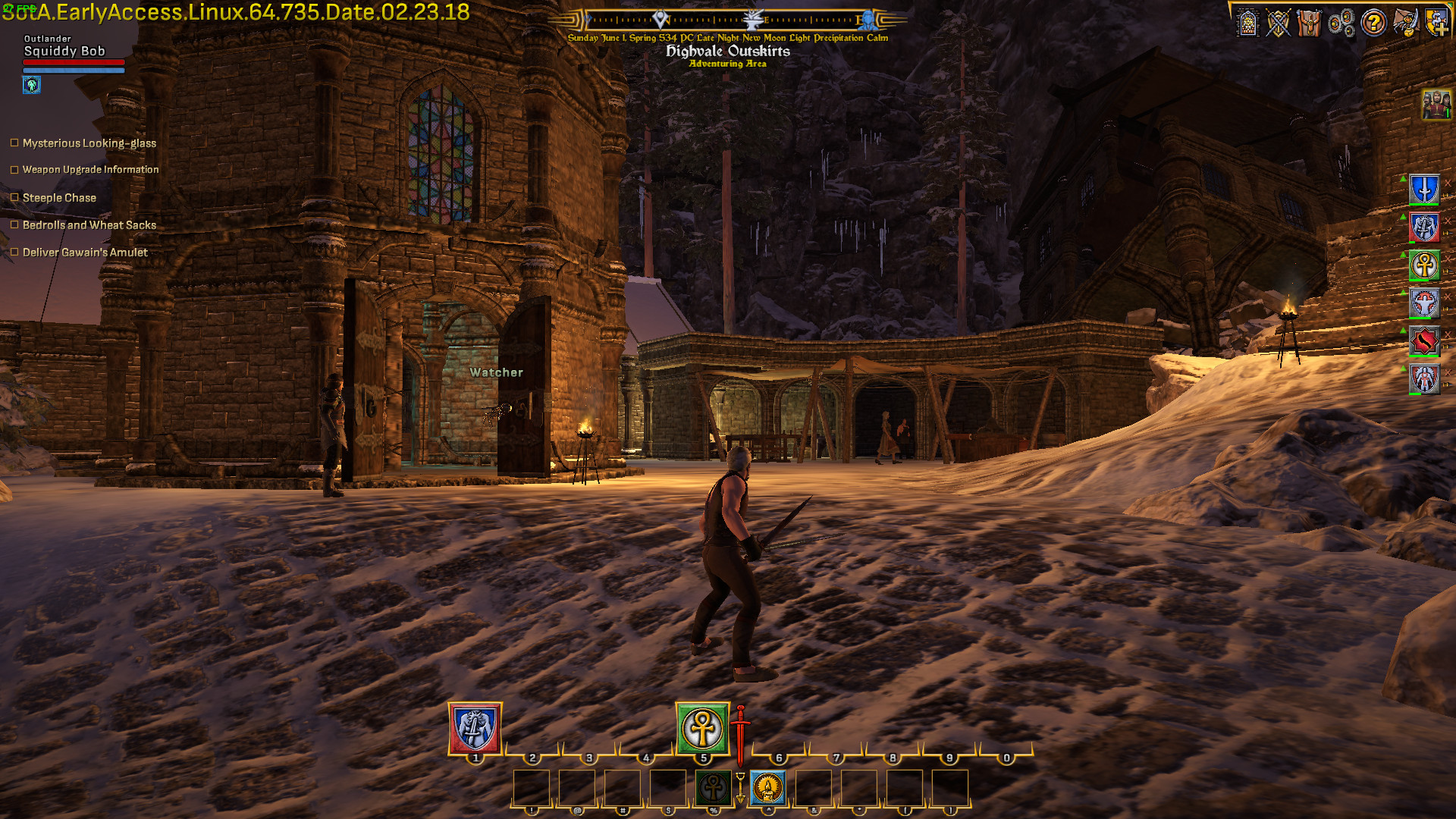 It could end up being interesting much later in the game, but when you're dealing with such poor performance it seriously detracts from any possible good experience you might eventually get to see.

Now let's talk about player numbers, while true that the game can be played offline, the experience there is pretty dull. The game has been designed as an MMO with a single-player component essentially stuck on. The issue here, is that the all-time peak, as recording by Steam is only "624" which is tiny for such a game. Even Wurm Unlimited (a horrible game, in my opinion) has a bigger player-base.

On top of all that, the NPCs are really damn annoying. When you're in a conversation, trying to work out a quest, all you end up hearing in the background is a mixture of random sounds like "mmmm"-"ahhh"-"grrr"-"mmhah" and it just repeats. It becomes like sharp nails down a chalkboard, so incredibly irritating.

I'n trying to not be overly negative about it (seriously, I am), but it's quite difficult to find any redeeming features to make it worthwhile. This is a £30.99 game after all, at that price I would expect a decent amount of fun. I will continue to play through it up to and after release, to see if they can improve some of it. This close to release though, I'm not expecting a lot.

If I haven't put you off, there's a free trial on the official site.

Article taken from GamingOnLinux.com.
Tags: Early Access, MMO, RPG, Steam, Unity, Upcoming
3 Likes, Who?
We do often include affiliate links to earn us some pennies. We are currently affiliated with GOG, Humble Store and Paradox Interactive. See more here.
About the author - Liam Dawe

View PC info
Sadly, juding by the clip below the (assumingly) windows version doesn't seem to have any performance issues at all. So this seem to be another case of Linux being a second rate citizen. :(

View PC info
Hmm...nah! I´ll wait for "Underworld Ascendant" instead and keep my fingers crossed for a full linux release.

While I have played Ultima IV, VI, VII, VIII and IX, I was never a die hard fan of the series but back in those days the pickings of crpgs were much slimmer and I played whatever I could get my hands on.
0 Likes

View PC info
Performance issues are with the Linux client unfortunately, they had to use an older version of Unity for it, so it might be a Unity issue.

"So good news, we got the new Unity working and it should go live on QA today. Also, some more optimizations went in. For the first time on my home computer (3.4ghz with Nvidia 970) I was getting 30fps or better is Owlshead, Central Brittany, and Ardoris with shadows and anti-aliasing on! /cheer The engine upgrade opens up more options for optimizations for us as well but we might not be able to capitalize on those until next release." This from Monday on QA and then on Tuesday:

"Ok, yesterday was consumed with meetings, re-writing about 150 skill descriptions, some bug fixing, some performance work, and lots of talking about how to ship the current release with all the Unity problems. The update is we moved to the newest Unity version and enabled a few new features. The new version of the game crashes on changing scenes on most Mac and Linux boxes. We aren't getting great information on why either. So today's QA build is old version of Unity for Mac/Linux and new version for Windows. We'll see how that does. Only a few random issues reported on it currently." That was Tuesday.

The other issue is the in-game map, it was originally a 3rd party project and the middleware was not Linux compatible, supposedly they are working on it, but it has been awhile. I hope they get it fixed before release.

Its quite buggy today, usually they stamp these out within a few days. I will bug them about the Linux Unity version.

For some reason I keep coming back to SOTA over other RPG's, so my suggestion is to make up ones own mind, rather than being swayed by reviewers or "word of mouth", just as Liam states :).

26 Feb, 2018
Careful now, Portalarium's relationship with the truth entered the "It's Complicated" realm long ago. It's possible that Linux support was a promise made by someone no longer on the team which they take to mean it no longer applies to them. If you enjoy the game, more power to you, don't let me rain on your parade, if you haven't yet invested the 2-3 hundred the devs target for the "full experience" you might want to pass on this one.

nate 26 Feb, 2018
View PC info
I still plan on buying this game, but I'm going to wait a year or so after release to do so to let them fix all the problems with it.
0 Likes

View PC info
Honestly, I gave Wurm Unlimited another shot and now I'm addicted. I think all your issues, Liam, were due to bad server. You already have a game client so I highly recommend trying the "1x Vanilla RPvEvP" server. You should be pleasantly surprised, community changes everything (UI is still quirky with contextual icons under "selected target" window but you can at least set key bindings for those icons now). I don't think anything will ever aspire to the amount of depth and complex mechanics (which are good) this game represents and I find it a better UO spiritual successor than anything I tried so far. So no, won't be checking out SoA unless I get it in some bundle, giveaway or obtain in some other accidental situation.

Quoting: nateI still plan on buying this game, but I'm going to wait a year or so after release to do so to let them fix all the problems with it.

Given their userbase, a year is on the high side of how long many folks are estimating this game will last.
0 Likes

View PC info
This was the game that was heavily dependant on real money purchases, right? You need to plop down real actual money for a lot, for a house, and then regularily to keep that house, the items you put in, on and around your house, etc pp
0 Likes

Quoting: DrMcCoyThis was the game that was heavily dependant on real money purchases, right? You need to plop down real actual money for a lot, for a house, and then regularily to keep that house, the items you put in, on and around your house, etc pp

Yeah, pretty much. They liked the money model from original OSI and decided to multiply it by about... idk, 5x? ;)
0 Likes

Quoting: DrMcCoyThis was the game that was heavily dependant on real money purchases, right? You need to plop down real actual money for a lot, for a house, and then regularily to keep that house, the items you put in, on and around your house, etc pp

No, the real money for plots/houses is entirely voluntarily, although the incentive was/is the tax free portion of it. Taxes are in game gold, although there is an option to pay probably through COTO's. People have property without spending any real money, indeed with row houses etc and player towns if you want a place someone is likely to have a spot for you whilst you save to get a lot deed and then a house.

Houses can be crafted in game too...
0 Likes
1/2»
While you're here, please consider supporting GamingOnLinux on: