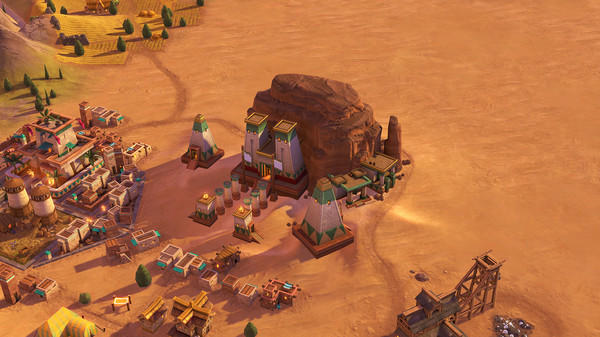 Sid Meier's Civilization VI [Steam] has been updated again with the 'Summer 2017 Update', as usual the Linux (and Mac) versions are a little behind. The official release notes simply say we will get it soon.

Aspyr Media tend to do patches a little later for the ports. They did update their FAQ this month on the 17th to talk a little about it. Obviously the way it's worded is a bit outdated, but they mention cross-platform again:


Quote2K has a content update planned but there’s no a date posted as of yet. Once we get an eta locked down with them, we’ll have more info for the Mac/Linux update and our beloved cross-platform with PC.

Your patience is truly appreciated and you’re always welcome to join the Civilization VI Mac Steam group to start up multiplayer games with other Mac and Linux folks.

Hopefully now this major patch is out, they can finally focus on the cross-platform multiplayer, as we've been waiting on it quite a while.

This latest patch has masses of balance changes, map generation adjustments, UI enhancements, AI tuning and so on. They do note a key feature for this patch too:


QuoteThere’s one new feature, in particular, that a number of you have been asking for: A restart button to regenerate the map using your current game settings, and the ability to save game configuration settings for future games.

The Nubia Civilization & Scenario Pack has also been released, but I imagine it depends on the latest patch which is why it only has a Windows icon right now.

Hopefully Aspyr are hot on it so we aren't kept waiting too long. Article taken from GamingOnLinux.com.
Tags: DLC, Steam, Strategy, Upcoming
1 Likes, Who?
We do often include affiliate links to earn us some pennies. We are currently affiliated with GOG, Humble Store and Paradox Interactive. See more here.
About the author - Liam Dawe

View PC info
They seem to be reasonably fast with getting new patches to work on Linux, so it's all good. :)
0 Likes

edit : after relauching Steam, a small patch was applying to Civ6 and then the game runs again!

View PC info
Steam also has Civ VI on sale for 33% off through the weekend.
0 Likes