The situation with Blood: Fresh Supply getting a Linux version is looking a little unclear

Blood: Fresh Supply is the revamp of the classic 90's first-person shooter Blood, released by Nightdive Studios in May this year.

In the most recent update on Steam, the team mentioned "For future issues, we will have to recommend contacting Atari about them.". Their wording is interesting, which seems to indicate that Nightdive will not be making any further additions to Blood: Fresh Supply. Presumably then, this would mean the Linux version they previously confirmed back in May will not be happening either. 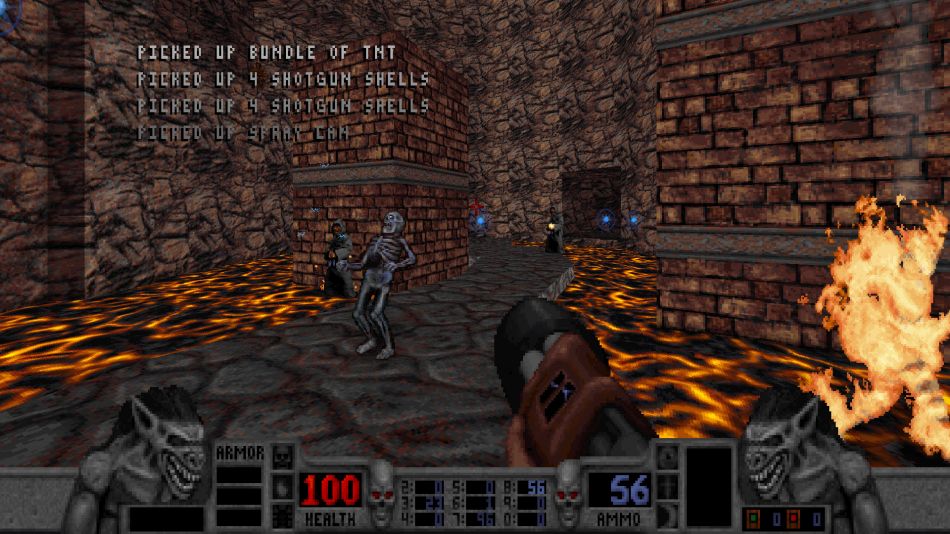 From what I understand about it, Atari contracted Nightdive Studios to make Blood: Fresh Supply and the contract is done. It's now completely down to Atari on what goes as far as updates and future ports are concerned.

That's not actually the end of the story though. Speaking in their Discord a day after the original announcement, their Producer actually mentioned that "Official things will still come", "I have stated that the game is not being abandoned" and "Atari still want us to do things with the game". I have reached out to Nightdive to see if they will comment about the Linux version, will update you if/when they reply.

Worth reminding readers that the open source NBlood project exists, which is based on EDuke32. Looks like NBlood is being updated to search for Blood: Fresh Supply data files too.

Hat tip to dreamer_ in our Discord Channel.

View PC info
Given that Atari have a vested interest in the console thingy built with AMD and Linux, I should hope they also value making games for plain Linux.
6 Likes, Who?

View PC info
i shouldn't say this maybe but it works amazingly in proton anyway with all the avilable render apis the game has (dx11, opengl3.2 and Vulkan) - played like 4 hours with zero problems.

Quoting: Xpanderi shouldn't say this maybe but it works amazingly in proton anyway with all the avilable render apis the game has (dx11, opengl3.2 and Vulkan) - played like 4 hours with zero problems.

Xpander is right. I decided to compare the two.

It is up to the player what he finds most important. Gameplay, Vulkan, or Linux native. :)

By the way: I needed to run Blood: Fresh Supply with esync disabled to avoid random crashes in Proton. Furthermore, you can also run NBlood with the Fresh Supply files.
1 Likes, Who?

View PC info
I'm not optimistic... and still no Linux/macOS release of Turok 2 on GOG.com.
Some games get it and some not, it's like randomly.

NBlood is maybe nice but this is completely different...
1 Likes, Who?

View PC info
I'll just leave this here in case anyone is interested...

http://www.blood-wiki.org/index.php/List_of_Source_Ports_and_Recreations#Comparison_of_source_ports
6 Likes, Who?
While you're here, please consider supporting GamingOnLinux on: