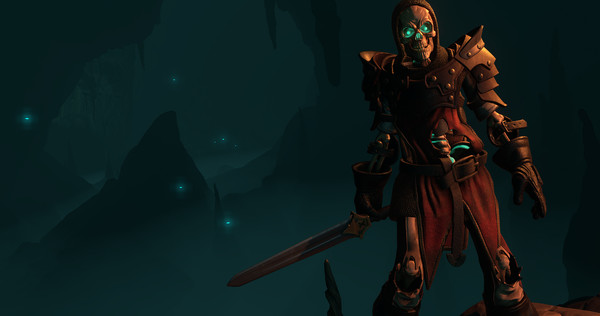 Originally, Linux support was a stretch goal, where it would have been included if their original Kickstarter hit a specific amount in funding. They later decided to add it into the initial goal, due to user feedback. Everything then seemed fine, until I saw the confusion surrounding how they're handling the Linux (and Mac) releases.

The confusion, comes from their replies on a Steam forum post where users were asking about their Linux plans.

It started off with a user asking this: "So there will be a Linux version but for Kickstarter backers only?" with a reply of "As of now, yes." (source). That was back in August of 2017, so it was a while back. Sadly though, their most recent replies aren't really making it any clearer.

In October 2017 a developer then said this:

Hi folks, to clarify, we will have Mac and Linux versions of the full game for our backers. We need to work out any plans to sell them as well, which is why we haven't definitively said we would do that yet. […]

I asked for some further clarification, since this really wasn't clear. It made it sound like they didn't actually have any plan yet to actually sell a Linux version outside of providing it to people who backed the Kickstarter. The latest developer reply as of a few hours ago is still keeping it very unclear:

Hi folks, we don't have a more detailed update on this yet. We will deliver Mac / Linux builds to our backers as promised. We have not yet finalized our plans to sell those versions (what distribution platforms, when, etc.). We want to sell them and we realize that may not sound completely logical, but we just don't want to make commitments when we don't have the specifics figured out. Stay tuned. . .

I sincerely hope this isn't going to be another Kickstarter that lets us down. As they did say, they do want to sell it, but it worries me that they're making it so very unclear. We know the game itself is going to be on Steam with a release due this year, so it's very strange why they can't at least confirm the Linux version will be on Steam—why wouldn't it be?

At least they're not doing a Kingdom Come: Deliverance and completely failing to provide any kind of Linux support.

View PC info
KCD folks did really good, they refunded everyone who asked for that. You'd better compare such cases with the Carmageddon scammers.
10 Likes, Who?

View PC info
Um, if I wasn't so eager to have the game on steam, I would consider this to be a real "LOL-situation", where some gaming-studio intern without a clue, was given free reign to answer forum questions.

I wish they could simply explain, what the difference is between making the windows verson available for sale on steam and making the whole trio available for sale on steam (like it's normaly done when you have win/mac/tux versions of a game). They make it sound like doing so requires some kind of "Special Sale Plan", that is fundamentally different from selling the windows version alone.

Still, assuming they *do* have fully working versions for mac/tux, I am willing to write this of as poor communication. (fingers crossed)
3 Likes, Who?

View PC info
Let me translate it Liam. They want to build a Linux version for the backers and if we are unlucky there won't be an official Linux build to buy. This kind of makes me worried :/
0 Likes

wintermute 28 Feb, 2018
View PC info
For the full story see this thread on their forums.

View PC info
I also remember there being a discussion soon after the campaign ended that backers had to pick between platforms. Their plan was that a backer got Windows OR Mac OR Linux.

I did back this, so hopefully they get their shit together.
0 Likes

Quoting: GuestIt seams like they might do a Linux port but dont want to actually have to support said port after the release.
I backed this game but i am getting more and more suspicious. For a game due this year it still looks quite clunky and for a team that needed this kickstarter to make this game it is strange how they hoped on board to develop System Shock 3 before this one got released.

Yep , sounds like " Linux backers can have this but we are not responsible for bugs , crashes etc. So we won't release it on market. We just kept our promise. "
1 Likes, Who?

Quoting: coesetaLet me translate it Liam. They want to build a Linux version for the backers and if we are unlucky there won't be an official Linux build to buy. This kind of makes me worried :/

This is probably yet another case where they let the software come to rely on some middleware or other lock-in and now are scurrying to buy time before they realize the error and cannot deliver a non-windows build. The real translation works out to something like this:

View PC info
I backed it, so I guess I would get it no matter what.

It still sounds weird to make a working Linux client and then not sell it. Why would anyone in their right mind pass on additional profit?
0 Likes
1/2»
While you're here, please consider supporting GamingOnLinux on: