The 'SMACH Z' gaming handheld is back on Kickstarter, no longer using SteamOS but their own Linux version 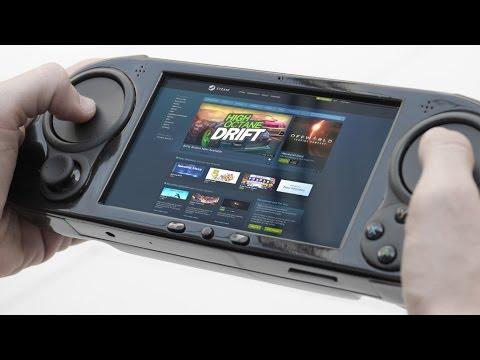 YouTube videos require cookies, you must accept their cookies to view. View cookie preferences.
Accept Cookies & Show   Direct Link
The 'SMACH Z' [Kickstarter] is a promising device and I'm quite excited to see how this all turns out, the promise of taking my Steam library easily on the go sounds fun.

They are no longer using SteamOS, but their own Linux-based "SMACH Z OS", although it will still be a mostly normal Linux distribution since it will run Linux games and Steam.

What bugs me, is that they "recommend" their Linux OS, but all their benchmarks in the video and noted on the Kickstarter were done on Windows. That tells me a lot about their confidence in showing how it will run games if people don't use Windows. As sad as that is, we know most games run a bit slower on Linux right now, so it's not really surprising. The real issue here, is that Windows support is a stretch-goal, meaning all of the benchmark/performance information is useless unless they hit that goal.

Will you be backing it? It's far too risky for me to even consider it. I may pick one up if it turns out well enough. Article taken from GamingOnLinux.com.
Tags: Crowdfunding, Hardware
0 Likes
Share

View PC info
I'm a little bit torn about this device.
On the one hand, cool! Mobile PC Gaming. And from the stats, a lot of games could run decent enough for some mobile fun.

On the other hand... an expensive gadget that will be already outdated when it's being released. New games which will be released from now might even not run properly anymore on that device.

I want them to succeed, I was thinking about pledging. But the early bird tiers have already been gone some minutes after the start, and I recently got new hardware, so I want to save some money.

Their custom Linux version sounds interesting though. It's cool to read they are recommending Linux, as they can better adopt to their hardware. I'm curious how this turns out. Maybe I'll get the second version, if it succeeds.
1 Likes, Who?

Maquis196 19 Oct, 2016
View PC info
I'm very very tempted. It is pricey and I've already got a Pyra on pre-order (should do an update on that one soon perhaps), but yeah, EU4 on the go? I'd like more storage tbh, expandable storage shouldn't have been hard to add, you don't exactly need stupid performance for some games on the go, and memory cards are fairly cheap.

The amount of games I could play on this... Ah yeah, how much is that worth! I'm debating.
0 Likes

View PC info
Is way too expensive for my liking.
0 Likes

View PC info
As a project it looks pretty interesting. Unfortunately, the developer has a pretty bad history of failed projects.
1 Likes, Who?

View PC info
but how they think to run games with a integrated GPU AMD APU?
i've a notebook with AMD APU A10 8700p (15W) with integrated radeon r6, performance are really bad on linux (and a lot of game that on windows runs very well, on linux with opensource driver (AMDGPU) performance are orrible and the games are unplayable.
before use an APU on a linux console, AMD should release good driver with good performance, and i don't think that they have some agreements with AMD to relase optimized driver for this project
0 Likes

View PC info
Some of the mentioned specs also seems to be only strech-goals, which seems a bit sketchy.
Still overall a nice machine by the looks of it.
0 Likes

johndoe86x 19 Oct, 2016
View PC info
The first time I saw the new ad with Castle Crashers, I thought that it was signs of a Linux port :| . It's a nice machine, but for the cost of around $300 USD? That seems a bit too much. Also, I just don't know that the performance is going to be there for Linux, unless they've been working very closely with AMD.

This project seems very lofty. If Valve had so much trouble launching a custom Linux gaming box with their own distribution, I have less faith in this company. I feel like SteamOS/Stephenson's Rocket should have been optimized for the SmachZ as a collaborative effort rather than their own distro. I suppose time will tell, but at least there's a lot of work being done for open source platforms either way.
1 Likes, Who?

View PC info
Is a piece of shit.

I hope VALVe do something like this portable Console... and use EXCLUSIVE SteamOS
0 Likes

View PC info
AMD lol? I can't even. Sorry, but even discrete AMD on an OK-ish PC is nothing on Linux. Some games are playable, yes, but otherwise it's an indie machine.
1 Likes, Who?

Mountain Man 19 Oct, 2016
View PC info
I won't be backing - I'm against "crowd funding" on general principle - but it's certainly a product I'm interested in. Being able to play my Steam games on the go is an attractive idea... assuming this has the horse power and battery capacity to do justice to such a concept.
0 Likes
1/3»
While you're here, please consider supporting GamingOnLinux on: