By Cheeseness - 14 January 2015 at 9:49 am UTC | Views: 16,545
With two weeks left until its January 27th release, Double Fine have announced that Grim Fandango is now available for pre-order via GOG.com. At the same time, a new Grim Fandango Remastered website has gone live, and a third episode of 2 Player Productions' The Making of Grim Fandango documentary series has been released. 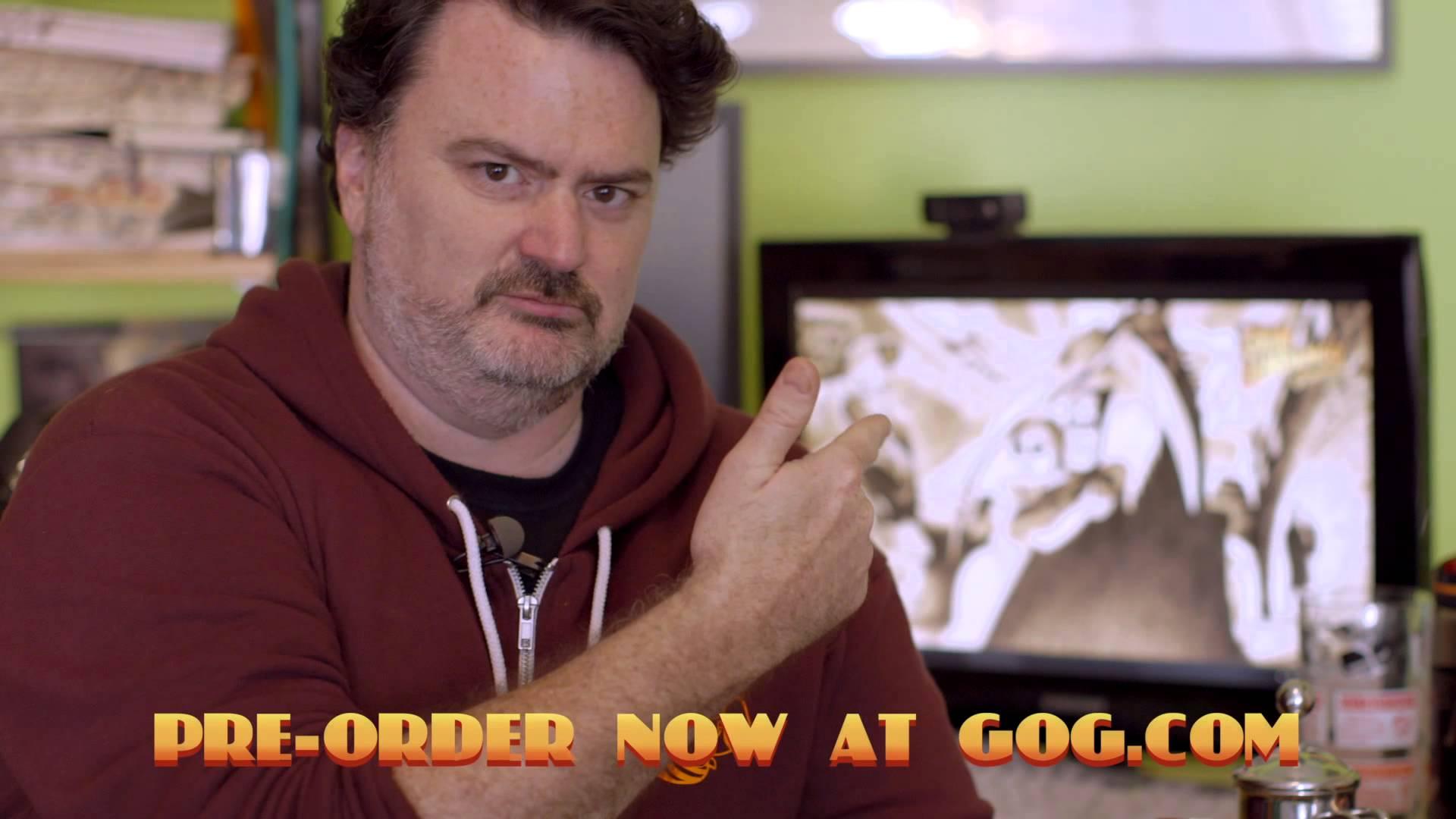 YouTube videos require cookies, you must accept their cookies to view. View cookie preferences.
Accept Cookies & Show   Direct Link
GOG pre-orderers will have access to exclusive wallpapers and in typical GOG style, will be DRM free. According to Tim Schafer, this is a good match for fans of Grim Fandango, "Because love is for the living and copy protection is for suckers."

The new documentary episode touches on some of the technology changes for Grim Fandango remastered, featuring a bunch of development insights. Oliver Franzke and Mark Hamer discuss lighting and rendering improvements. Lee Petty and Oliver both talk about the challenges of increasing fidelity whilst retaining faithfulness. Soundtrack aficionados will appreciate watching Peter McConnell rocking out whilst playing Nuevo Marrow as well as the Melbourne Symphony Orchestra playing some of the newly recorded score. There's also a brief peek at a commentary recording session with the game's original development team as well. 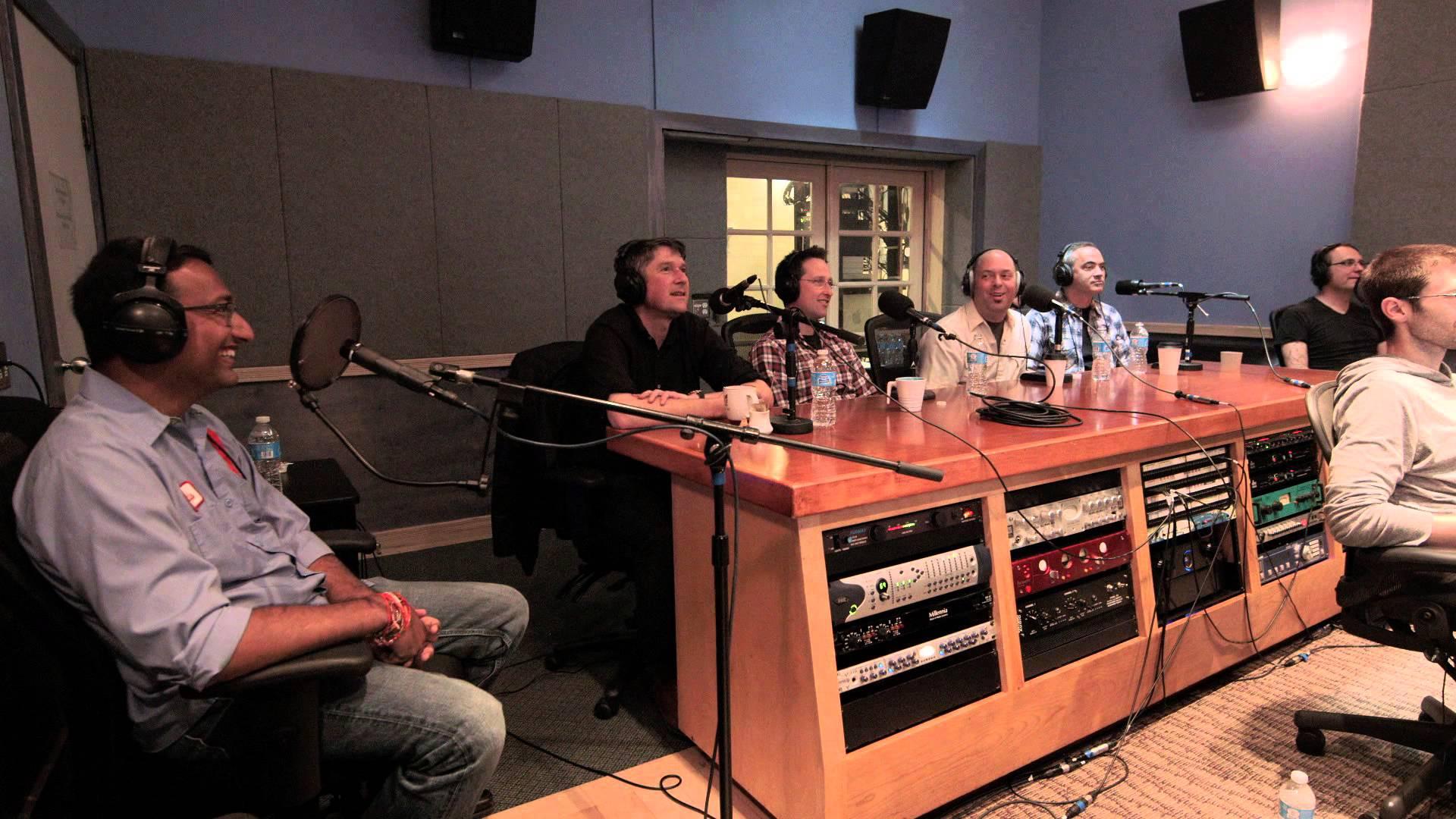 YouTube videos require cookies, you must accept their cookies to view. View cookie preferences.
Accept Cookies & Show   Direct Link
Going by the reception to previous GOL articles and the attention my quick fan art from last year received, it sounds like the Linux gaming community is primed and ready for Grim Fandango Remastered's launch on January the 27th. Whilst writing, we also had an article submitted from GOL reader BTRE, who had this to say:

BTRE... Double Fine has been good in supporting Linux with all its games and I'm glad that Tim Schafer was able to jump through all the legal hoops to get the ball rolling on the special edition. It's hard to describe just how excited I am as a fan of classic adventure games for a day one Linux release. I'm not the only one, it seems; as covered previously on GOL here (and here! - Cheese), plenty of people are excited for these enhanced ports.

Grim Fandango Remastered comes out on the 27th of this month and I'm ready to fall in love all over again. LucasArts classics running on modern hardware is like a dream come true. The fact that we can get DRM-free versions right away is just icing on the cake for me.

About the game
Something's rotten in the land of the dead, and you're being played for a sucker. Meet Manny Calavera, travel agent at the Department of Death. He sells luxury packages to souls on their four-year journey to eternal rest. But there's trouble in paradise. Help Manny untangle himself from a conspiracy that threatens his very salvation. Again.

Lucasfilm and Double Fine are thrilled to introduce the title to both new platforms and the next generation of Grim Fandango fans. Over 16 years since the game’s original release, Tim Schafer’s final game from his LucasArts adventure game days is soon to be making its way back to fans sporting both a literal and figurative new coat of paint. With updated graphics, a new live orchestral soundtrack, additional control schemes, developer commentary, and more, players will be able to experience the game with a whole new layer of polish and love, straight from Double Fine and some of the folks who developed the original game. Or they can always flip to the original art and tank controls and party like it’s 1998.


If you're interested in learning more about Grim Fandango, check out our coverage from last year!

Update
After a mixup with some files, we've gotten access to press resources including some screenshots and concept art for you all to enjoy!

First up, here's a few screenshots which show the game running beyond the original's 640x480 resolution and highlight some of the new lighting effects (keep in mind that they've been compressed and scaled). 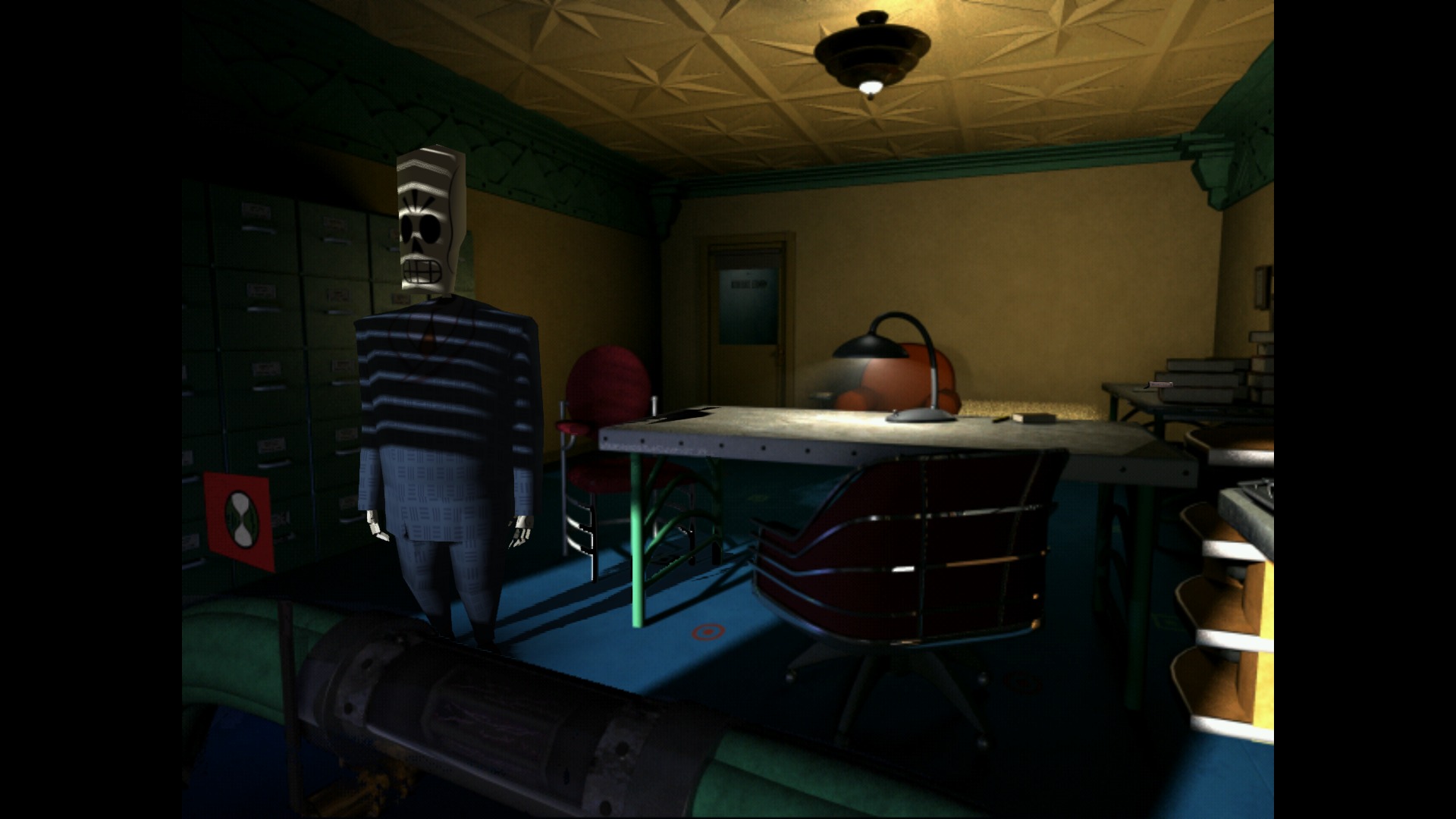 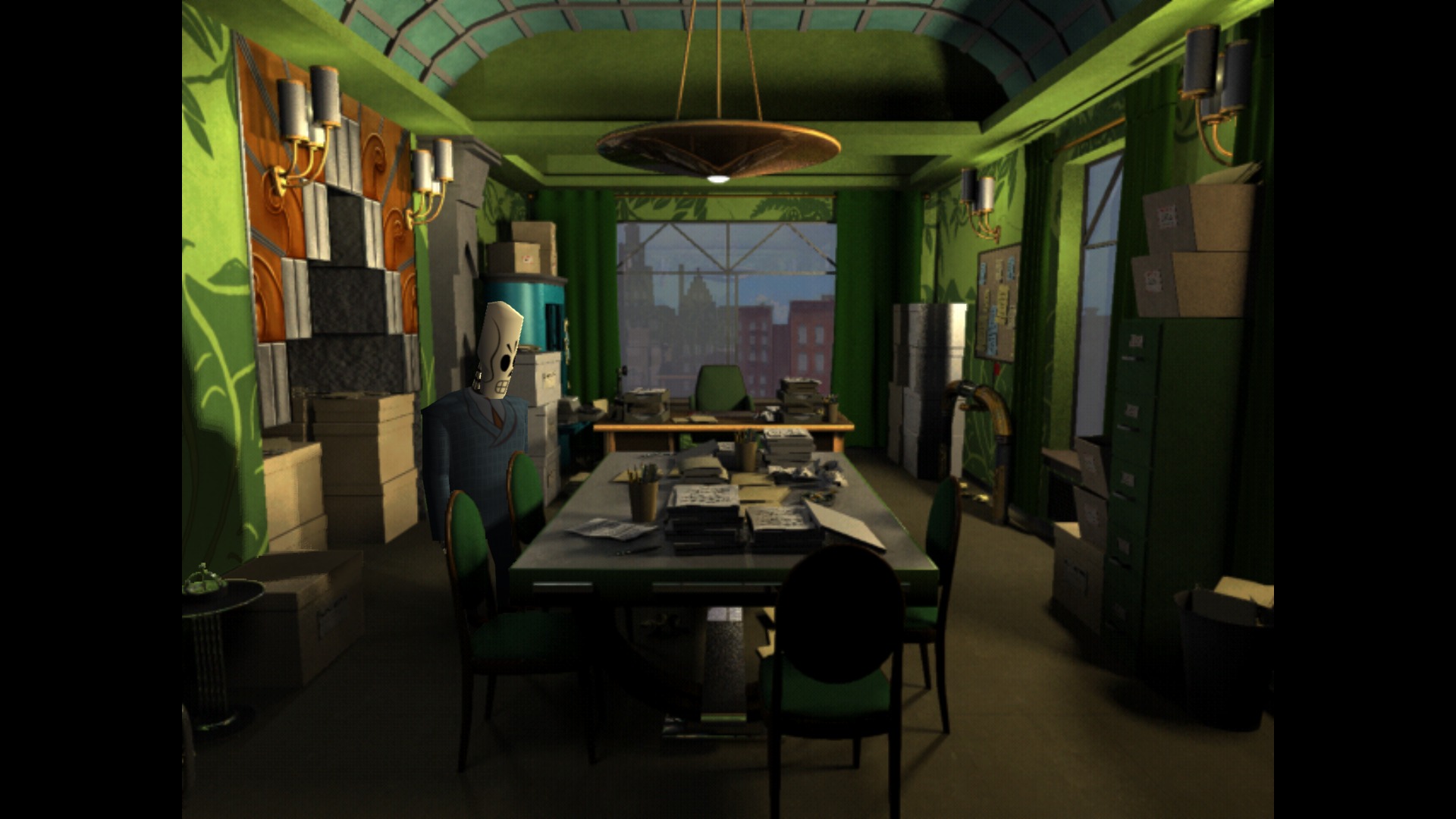 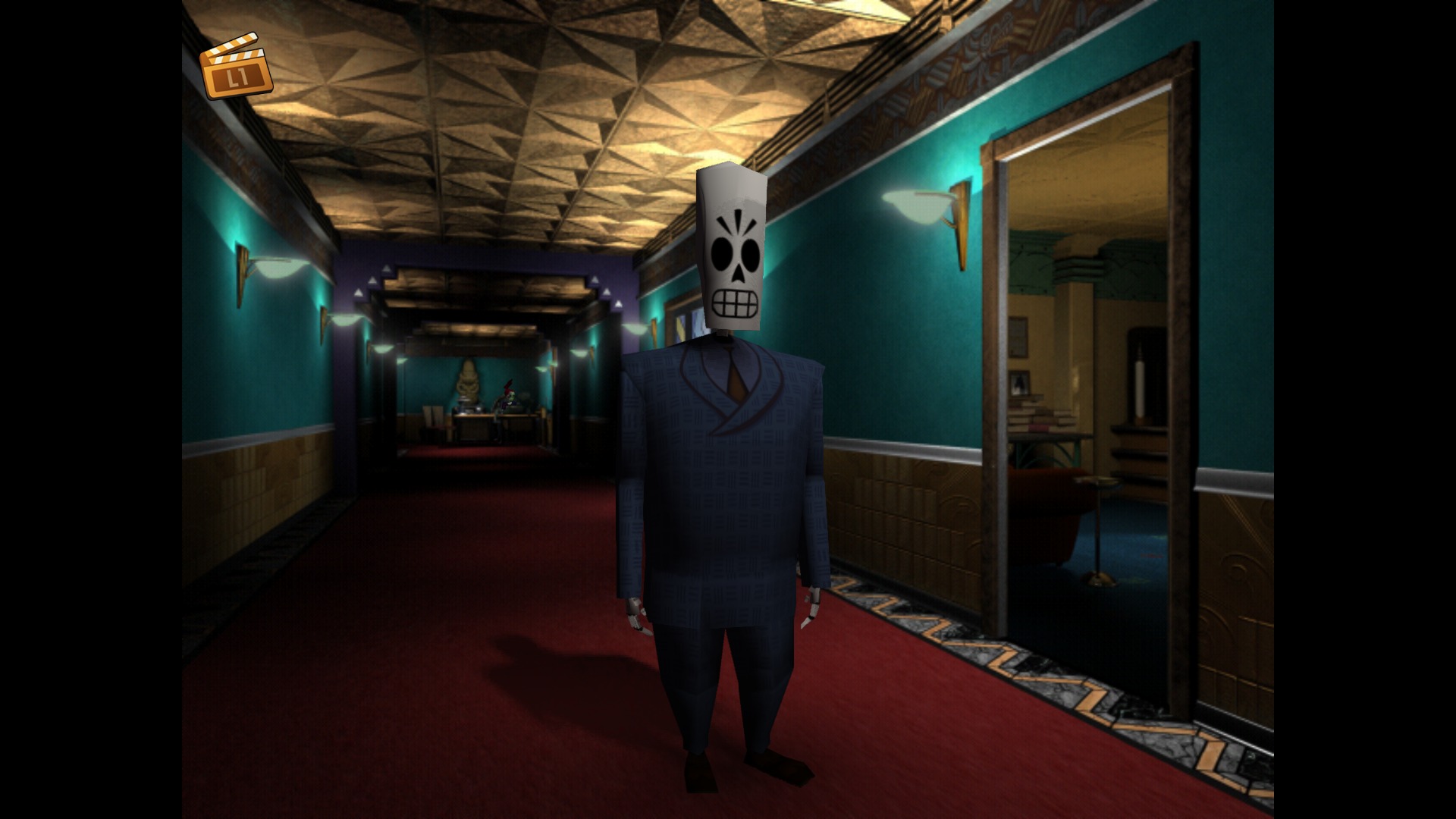 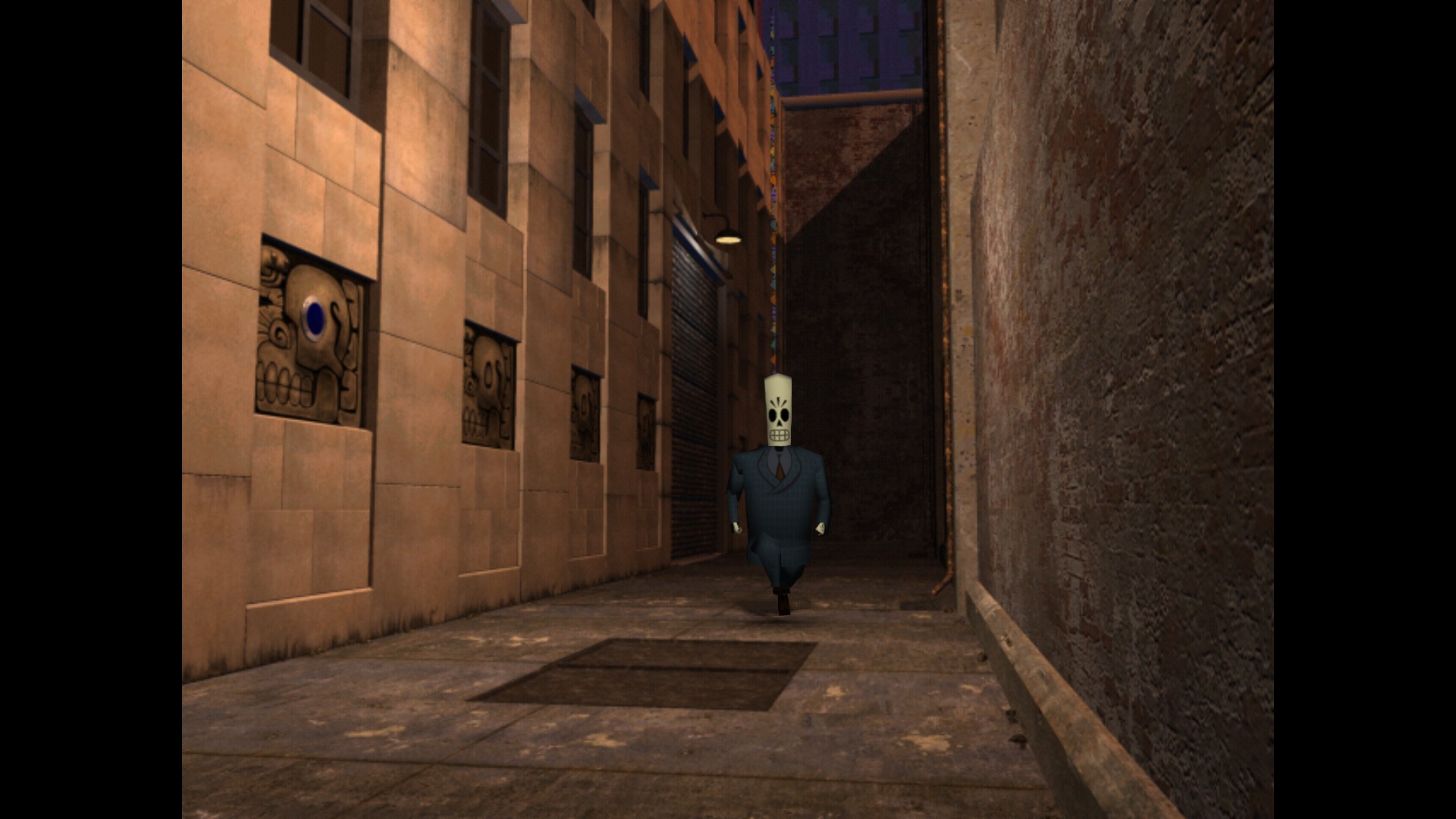 I do more stuff than could ever fit into a bio.
See more from me
Some you may have missed, popular articles from the last month:
The comments on this article are closed.
17 comments
Page: 1/2»

View PC info
Already pre-ordered yesterday :)
And yes, before someone jumps to explain the whole "don't do it before etc", this time I'm willing to take the risk.
1 Likes, Who?

Quoting: dubigrasuAlready pre-ordered yesterday :)
And yes, before someone jumps to explain the whole "don't do it before etc", this time I'm willing to take the risk.

Is there any benefit to take the risk?
2 Likes, Who?

View PC info
Really looking forward to this one! :) I prefer to have my games both DRM free and on Steam, but since Humble Store isn't an option yet, I might just pre-order it on GOG now and buy an additional copy on Steam on release. I figure with the amount of money I put into games I'm not remotely interested in last year to support Linux gaming, it won't hurt to pay a little extra now that a game I'm genuinely interested in comes along.

I still have my boxed copy too, but I haven't played the game for a while, so I've probably forgotten most of the puzzles. Except the signpost puzzle. I'll never forget that one...
1 Likes, Who?

View PC info
The only extra you get for pre-ordering is an HD wallpaper of concept art done for the remaster. It does look nice though and made me finally change from my Super Win the Game wallpaper that I've been using since September.
0 Likes

My advice is to only pre-order if you specifically want to support the developers.


If anybody's interested in hearing some more thoughts from Lee Petty on the remastering process, we touched on it in my interview with him last year as part of the Double Fine Game Club (around 46 minutes in if you're watching the stream). We're also going to be doing Grim Fandango for Game Club in February (starting on the 7th) and should be able to wrangle a bunch of developers as guests. Anybody's who's interested is totally welcome to join us.
1 Likes, Who?

View PC info
I don't really understand the point in the preorder exclusivity. From what I've read, the game will be available everywhere (GOG, Steam, Humble...) when it's released on the 27, right? I can understand people peordering games when they come with some specific extras unavailable to those that didn't, I can understand people buying in some store rather than another because of bonus content (the wallpaper on GOG is not what I'd call a great bonus but why not), I can understand (not agree, though) with exclusivities when people can actually play a game before others but I really don't see the point in that exclusivity on preorders.
1 Likes, Who?

View PC info
There's nothing to understand, just do what you like.
1 Likes, Who?

Segata Sanshiro 14 Jan, 2015
View PC info
I'll pass on giving DF money before they're finished with something again. If it runs and is in some way improved from the original, then I'll get it.
2 Likes, Who?

I understand the eagerness to get a game, but as we say in spain, "no por mucho madrugar, amanece más temprano", no matter how early you get up, it doesn't dawns earlier
1 Likes, Who?
1/2»
While you're here, please consider supporting GamingOnLinux on: