The Underground King, a mix of racing strategy and RPG mechanics is on Kickstarter

By Liam Dawe - 12 June 2017 at 2:16 pm UTC | Views: 3,602
The Underground King [Kickstarter] was one of the last games submitted to Steam Greenlight before being quickly Greenlit by Valve. The promising mix of racing strategy and RPG mechanics is currently on Kickstarter, complete with Linux support. 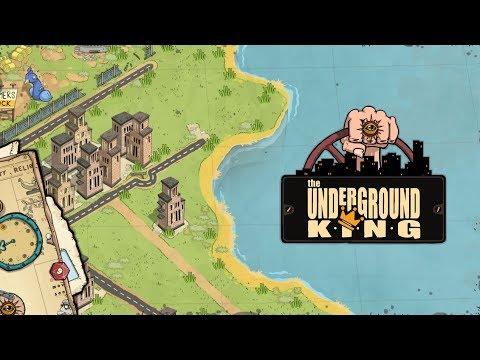 YouTube videos require cookies, you must accept their cookies to view. View cookie preferences.
Accept Cookies & Show   Direct Link
Reading their update post on Kickstarter filled me with joy. To see them be one of the last entries into Greenlight to get picked up by well known reviewer Jim Sterling, to then quickly get the Greenlight from Valve. I can only imagine how great that felt!

They actually have a demo available to try right now on their itch.io page, which has a Linux build already. Sadly though, the demo doesn't really work for me. The 64bit build gives off a 'Segmentation fault', while the 32bit build runs and then just seems to freeze on the first screen. I've let the developers know about the issues I had, hopefully I can get a working demo to try it out as it looks and sounds fun.


They have €2,557 pledged of their €15,000 goal, with 23 days left they could easily get funded. It's a very promising title, with Linux supported built and tested early on it's certainly worth of our attention. The good news is that if they don't hit the Kickstarter goal, they will continue on, but with a smaller scope for the game.

They are hoping to release it across all major stores, so Steam, GOG, Humble, itch.io and more. Article taken from GamingOnLinux.com.
Tags: Crowdfunding, Indie Game, Racing, Strategy
2 Likes
Share

View PC info
Funny how you can sometimes completely overlook articles. I'd seen the one before and after it, but somehow managed to miss this one.

Anyway, it comes across as a mobile game. So it's surprising to me that the kickstarter doesn't mention a mobile release at all.
0 Likes
While you're here, please consider supporting GamingOnLinux on: