If there's one thing Warhammer 40,000: Gladius felt like it needed, was more variety and this pack delivers exactly that. 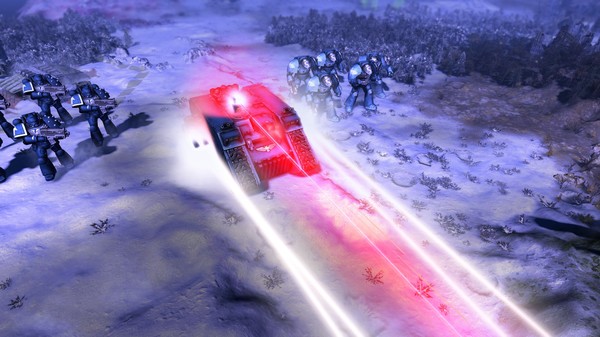 Released last week, it came along with another free update to the base game which sorts out some balance issues, further improves the behaviour of the AI and fixes a couple annoying bugs. It's really good to see all the AI improvements coming in, as it is showing and the game is a lot better than the initial release.

As for the DLC, it includes five new units onto the battlefield, one for each faction along with another for neutral units on the map:

Is the DLC worth picking up? Well, that depends on how much you liked the base game. The units are interesting and the price isn't too bad for what it offers.

Find Warhammer 40,000: Gladius - Relics of War along with the DLC on GOG, Humble Store and Steam.

Article taken from GamingOnLinux.com.
Tags: DLC, GOG, Humble Store, Steam, Strategy
4 Likes, Who?
We do often include affiliate links to earn us some pennies. We are currently affiliated with GOG, Humble Store and Paradox Interactive. See more here.
About the author - Liam Dawe

View PC info
Well, 1€ the unit. It's expensive, i think. This kind of stuff used to be "normal content free patch".

I do like the game really, but i'm not happy with this DLC. I would pay for more factions, but individual units should be just their to grab player's attention and love, not money.

Now i'll be relunctant to buy faction's DLC later, because i'd think they are uncomplete and i would need to pay even more for completion.
0 Likes

View PC info
Wow. This is a prime example of how not to do DLC.

4 euros isn't that much, in terms of, say, cup of coffee. But to pay 4 euros for five new units, in a strategy game. I'd call it petty. And yes, that goes for the "faction" packs in Civ VI too.

If you want disgruntled customers and fans, this is a proven way to go about it.

View PC info
I find it somewhat amusing you just compared it to one single cup of takeout coffee...yet this is a bad deal? Whut.

Edit: Not saying the price is good or bad myself, but I found the comparison a bit silly.

View PC info
Will the non-turn-based Warhammer 40K be finding it's way to GOG ever?
0 Likes

View PC info
Price isn't too bad imho.We're getting close to the season of Steam sales, so going to wait on that.
0 Likes