The Witcher 2 Has A New Beta For Linux, The Improvements Are Staggering

By Liam Dawe - 28 January 2015 at 11:47 am UTC | Views: 36,101
We know how some of you feel about wrappers, but that's an old argument now. The game is here, and the developers are still working on improving it. The Witcher 2 had a new beta a few days ago, and we took a look at just how much of an improvement it is.

I have to say this, but I am shocked at this new beta. The improvement is actually quite staggering! Testing around the same area on 1080p with high settings gives me ~20FPS more and it's astonishing how far Virtual Programming's eON has come.

The announcement (scroll down a bit) is copied below:

A bit of a refresh here. We've worked more on our Direct3D 9 engine since the last beta, so everything we've done there has gone into this patch. Hopefully, that means better performance too!

We've also resolved the constant crashing on exit, removed our dependancy on libcurl, and we now ship a new CrashReporter which, while still using libcurl, should work with a variety of different versions as shipped by the many distro's out there.

We've also added a fix for the crashing caused on kernel 3.17.7 and later, even though the kernel maintainers have already agreed to amend the patch that caused the problem - it is better if our behaviour avoids the issue in the first place :)

Test and let us know how things are...

One issue to note is that there is a bit of micro-stutter at times, but unless you're trying hard to notice is, you probably won't. It doesn't happen often it seems either in my testing.

This has quite literally changed my views on it, and has made me actually think about properly playing it for the first time ever. Honestly, I would now be surprised if I got much more FPS on Windows now.

You can see screens below of the new beta first, and the old stable last with the FPS counter in the corner showing the improvement at the same place, and it will shock you too: 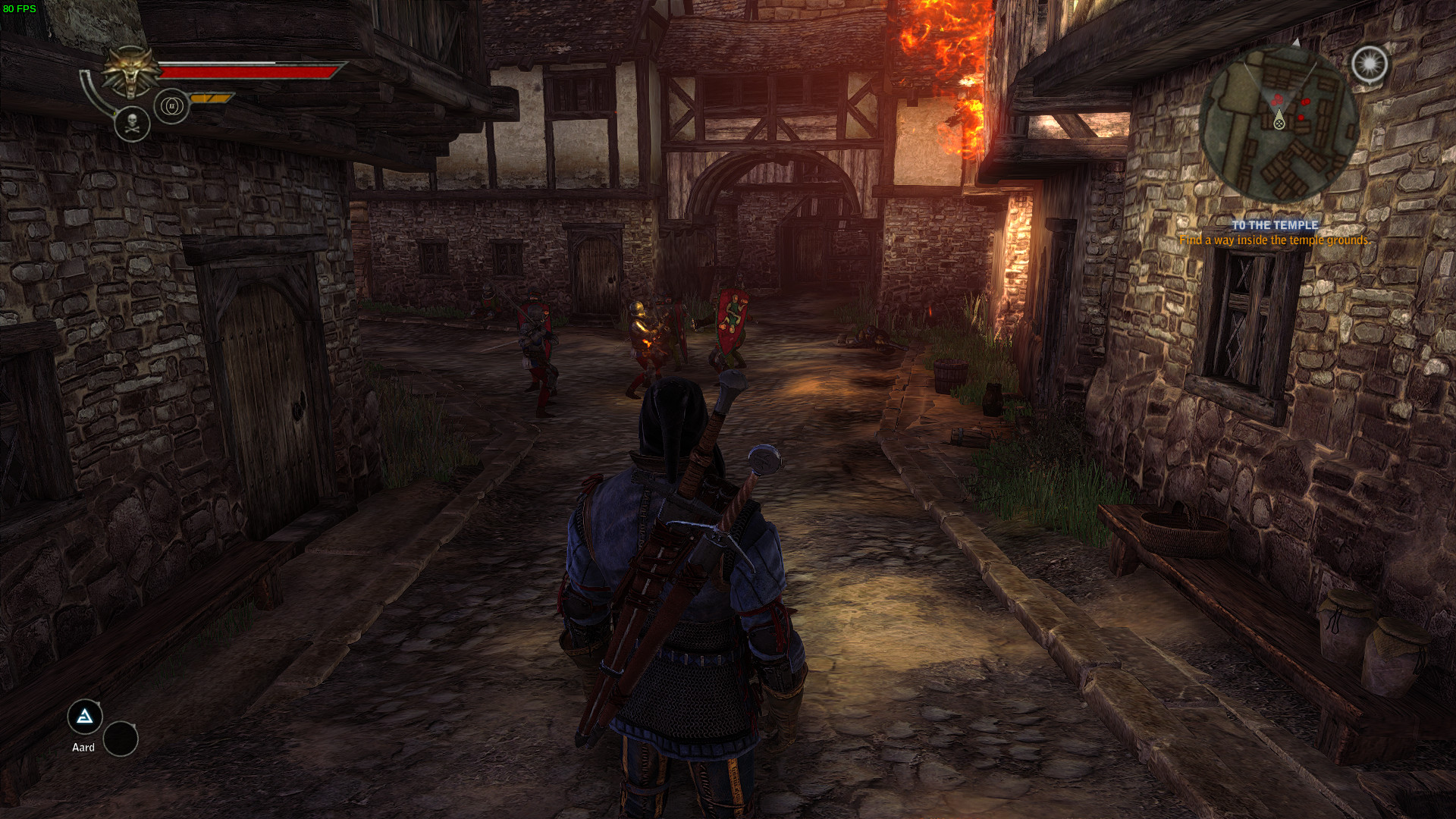 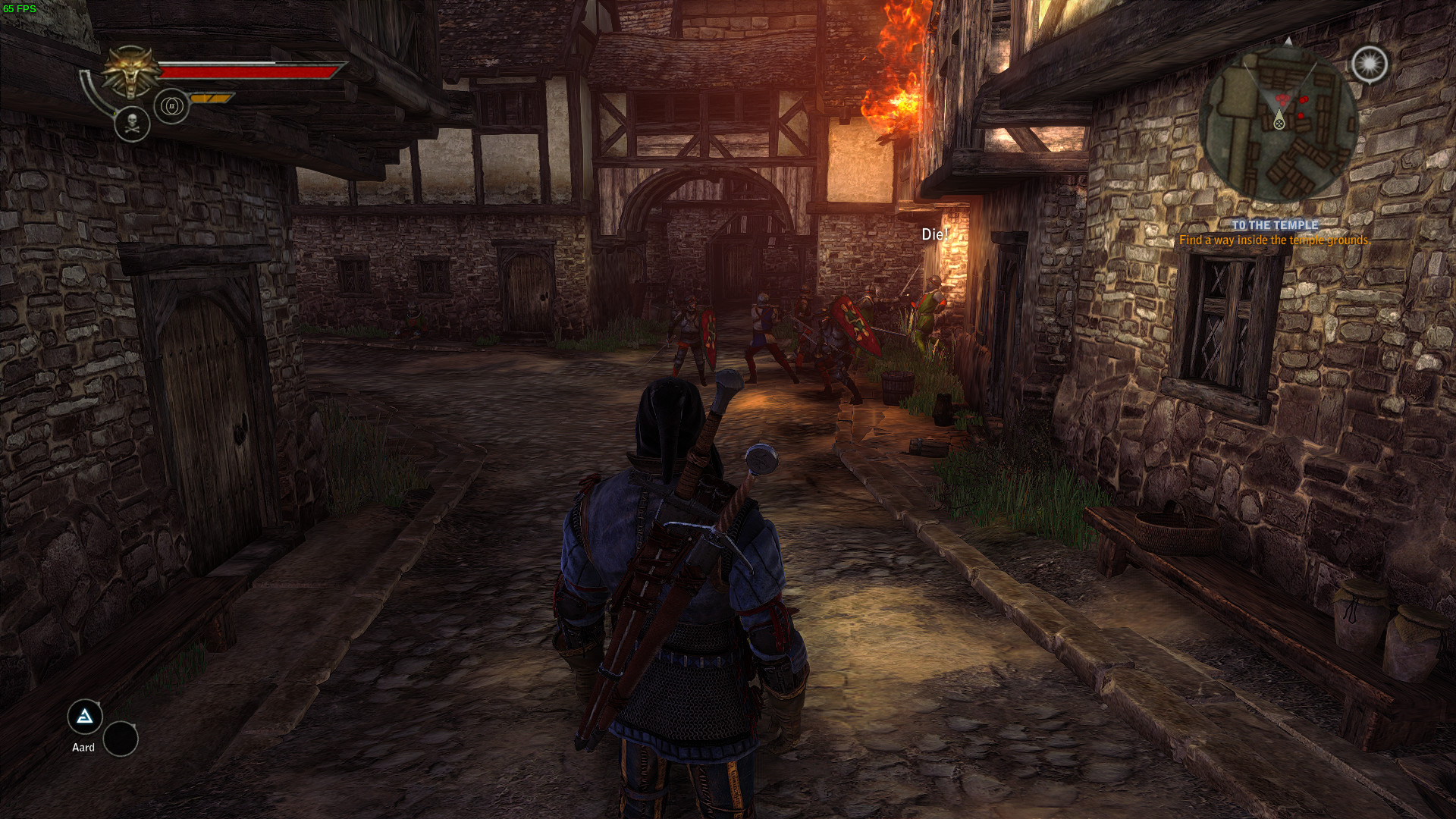 Once they fix up any remaining issues with the new beta and pop it to the stable branch, we may even recommend people try it out, and we certainly recommend you try the beta if you already own it, wow.

It will be very interesting to see how their next port is received now. Article taken from GamingOnLinux.com.
Tags: Editorial, Steam
1 Likes
Share

pb 28 Jan, 2015
While it's great to hear that Witcher 2 port is getting better, it's even more exciting to think that this work can also contribute to good "wrapper-ports" of other games that will never consider native versions.
5 Likes, Who?
pmk1c 28 Jan, 2015
Nice! I can't wait to try out the beta. And here's the thing: I really don't care how games are ported from Windows to Linux as long as they are. I just have a problem with games being buggy and unplayable like the first release of The Witcher 2 for Linux. But as Dying Light shows: Native Ports aren't immune to being bad ports. It just so happens, that Aspyr and Feral have been doing really good work with their ports and some others just didn't. But it seems some of them are getting there.

And we shouldn't forget: All Linux ports are done for the release of SteamOS / Steam Machines. So from their point of view they still have time to deliver.
2 Likes, Who?

Considering how terrible Dying Light is...well now, things are a bit different around here.
1 Likes, Who?

View PC info
I have noticed when I get to play the fancier AAA stuff lately I seem to be much more interested in benchmarking them than playing initially :P
1 Likes, Who?

View PC info
To be fair, Witcher 2 has been playable for a long time already. But this is *great* news nonetheless, I really like how VP are still working on their wrapper. May this mean we get a splendid working version of Witcher 3 from day one?

I now think there may be hope for that.
2 Likes, Who?

Eike 28 Jan, 2015
View PC info
This sounds cool. I thought they had abondened this game for Linux to be honest. Didn't hear anything about it for many weeks in their bug tracker. The first version was unplayable on my four core Intel & GTX660, the last beta was close to being playable, so if I'd experience the same improvement, I really could give it a go now.

It nearly drives my to reinstalling Windows (and being on the bad side in the next GoL survey) for comparing numbers...! Liam, do you have a Windows installation and care to do a comparison?
2 Likes, Who?

Liam Dawe 28 Jan, 2015
View PC info
I wish I did to compare, but sadly I don't have Windows. Hopefully someone else can check.
0 Likes

View PC info
This beta gets FPS to about 47 in outside areas (1080P, all settings max, UberSampling off) on my gtx680.
The FPS outside used to be 27/30 ish so that's a nice improvement. After enabling gl threaded optimizations the game runs at 60 fps outdoors :D. It's still nowhere close to the windows version but it looks like it's slowly getting there.
3 Likes, Who?

I can't say I had problems, but am happy that this patch will help other people play it on Linux.
1 Likes, Who?
1/5»
While you're here, please consider supporting GamingOnLinux on: