As a big SEGA fan, this certainly has my attention. It seems the SEGA Mega Drive and Genesis Classics pack might be heading to Linux. 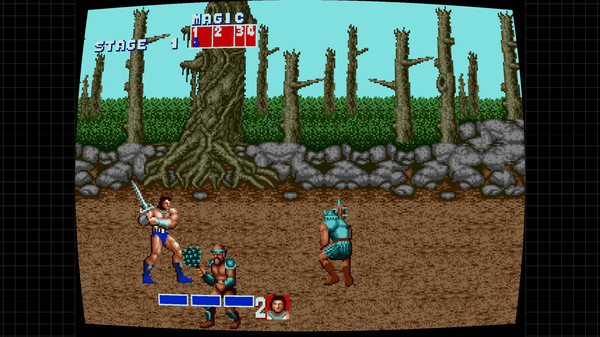 As seen here on SteamDB for a little more detail, Linux and Mac have both been added behind the scenes for Steam packaging. It's a good indicator someone is working on it, but of course it doesn't mean it's confirmed yet.

From Sonic the Hedgehog to Ecco the Dolphin and Golden Axe to Alex Kidd, there’s something for everyone; whether you’re a SEGA Mega Drive / SEGA Genesis fan looking to indulge in some nostalgia or someone who’s never had a chance to play some of these gaming classics!

It's interesting, because SEGA are actually putting out this pack for Xbox One and PS4 which releases on May 29th, so perhaps this is to go along with it? Who knows, but it will be fun if it does happen.

Quoting: GuestWhat's the point? There are dozens of emulators that work on Linux. SEGA should stop cashing on nostalgia and just produce new content.

It would provide an easy and legal way for Linux users to get roms of all the games included. As long as they're not locked behind anything.
13 Likes, Who?

Actual surprising part is , why they added these so late?
0 Likes

View PC info
I own most of the classics on steam from windows gaming days but you can get rid of the pixels by selecting smooth in the options menu fyi. I personally love this collection yes i know you can play for free on an emulator but its not a legally grey area am affraid it is just straight up illegal. I am also aware that Sega are hardly likely to come after you, if you are playing sonic on your linux box via fusion. But I like knowing i own the games, so if i cant play them via steam on linux am good to go to play the roms legally on linux that and the whole collection cost me 3.99 on a flash bundle on bundle stars before it changed its name.

View PC info
Awhile back DOTEMU gave out many of these for free as a promo when they were selling them. If they come out with a DRM-FREE version of these like SNK/NeoGeo/Playmore did with Humble Bundle and now GOG. I think all companies that still have legal claim to ROMs should sell ROMS. Make it easier for the retro scene to get their stuff legally and without issue.
1 Likes, Who?

To make it easier to run overall and play with friends.

What i really wanna see is that Capcom game. Dungeons & Dragons: Chronicles of Mystara
1 Likes, Who?

Nice. My first job after military service was as a games reviewer in a print magazine. The Megadrive was the dominant platform here, so it was mostly those games.
1 Likes, Who?
DarthJarjar 23 May, 2018
Woot!!!
Super excited for this !
What does it matter you ask? What about: "Sega makes officially available japanese games on linux!!!".
Very cool.
0 Likes
1/2»
While you're here, please consider supporting GamingOnLinux on: