TINY METAL, a "spiritual successor" to Advance Wars has plans for a Linux version

Remember Advance Wars? Well, TINY METAL [Official Site] is a "spiritual successor" and the good news is that the developers have plans for a Linux version.

The game comes from Japanese developer, AREA35, who originally ran a Kickstarter for it which sadly failed. They're now back and it's sounding good! 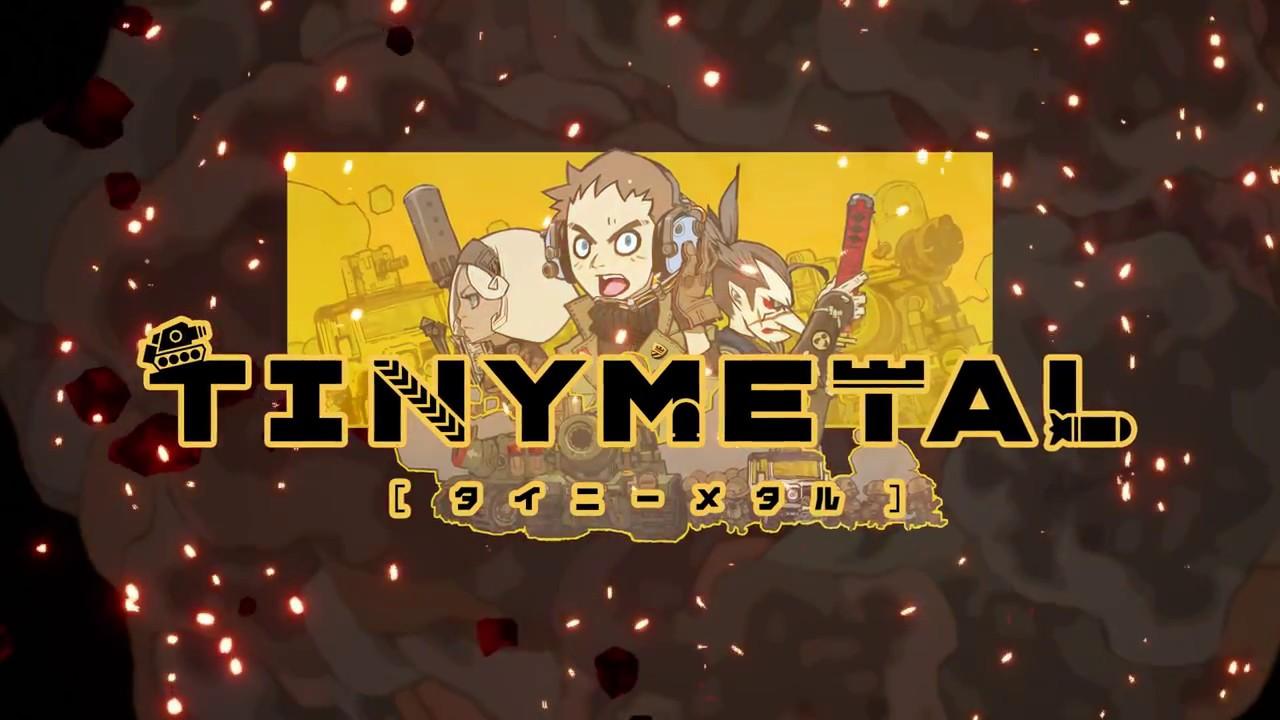 TINY METAL is all about the gameplay. We are experienced Japanese video game developers who have come together to develop TINY METAL. We believe that can make world renowned games again. Our history dates back to the golden era of Japanese video games.

We put Japanese war gaming into the latest graphical package modern hardware can provide. TINY METAL features 13 unique units and never before seen gameplay mechanics. TINY METAL is the Japanese Arcade Wargame you wish you had as a kid.

the plans for Linux is in the works commander!

This was one of my usual shots in the dark, pretty pleased with the result here! I didn't expect a reply, especially not one so quick!

I remember pouring endless hours into Advance Wars and many other games like it, so I'm looking forward to their Linux release.

Article taken from GamingOnLinux.com.
Tags: Strategy, Upcoming
12 Likes, Who?
We do often include affiliate links to earn us some pennies. We are currently affiliated with GOG and Humble Store. See more here.
About the author - Liam Dawe

I really liked Advanced Wars so count me as interested!
0 Likes

The upshot is that I know absolutely nothing about Advanced Wars and only what I can surmise from the video about Tiny Metal. I'm guessing it's an RTS of some sort?
0 Likes

View PC info
Advance Wars was (and still is) a masterpiece. If this honours the mathematics of that title and gets its balance right, it going to be an absolute classic and I'll buy it immediately. But if they throw some RNG in there, it'll be ridiculed as a faithless clone. Time will tell!

Nanobang, Advance Wars is a Nintendo-only strategy game with a cartoon style and brilliant singleplayer campaign. It's almost chess-like in the precise way that units interact. Indeed a whole side game you could play ran like 'how can you win in 10 moves?' puzzles.

And if you like a bit of RNG in a fantasy setting, the incredible Fire Emblem series are well worth checking out. Very different mechanics, but awesome stories and characterisations.
0 Likes

The upshot is that I know absolutely nothing about Advanced Wars and only what I can surmise from the video about Tiny Metal. I'm guessing it's an RTS of some sort?

The original Advance wars was turn based. Kinda hope this one is too.
0 Likes

There was a clone of Advance Wars on X-box 360. I think it was called Commander: Attack of the Genos. I bought that on the xbox store, and it was awesome, Felt like it was made by the original creators of Advance wars, humour and all. (Don't think it actually was though.) Never finished it though. Turns out that when the 360 wasn't plugged in to the internet you only had the demo version, even though you had bought the full version. Always online DRM shit. And I wasn't buying the horribly overpriced wireless network card. One day when I really wanted to see how updated versions of my games were I made a workaround where I plugged my Linux laptop into the x-box and used it as wifi card with internet sharing. It's a hassle to set up the laptop every time I want to play Xbox though.
0 Likes

FTL was so good, so they have my preference!.
0 Likes

Quoting: scaineAdvance Wars was (and still is) a masterpiece. If this honours the mathematics of that title and gets its balance right, it going to be an absolute classic and I'll buy it immediately. But if they throw some RNG in there, it'll be ridiculed as a faithless clone. Time will tell!

Advance Wars also had some RNG (at least Advance Wars: Dark Conflict. I'm unsure about the others).

Little fun fact: The series is actually called just 'Wars'. It's just that outside of Japan (IIRC) only the Advance Wars parts where released.
0 Likes
While you're here, please consider supporting GamingOnLinux on: