By Liam Dawe - 26 June 2013 at 9:40 am UTC | Views: 9,151
Battle against intelligent monster AI in this procedurally generated dungeon crawler. Featuring gorgeous art from Matthias Andre! This Kickstarter has already been fully funded and was using Flash with Air, they have now switched to Unity and will fully support Linux!

After being told of it on the Steam Linux User Group IRC I decided to have a chat with the developer about Linux options, thankfully Phi replied letting me know about switching to Unity but I had to keep it secret until today as it's now been officially announced!

QuoteIn light of these issues, I decided to do some research and evaluate other possible technologies to migrate to. A number of people have e-mailed us asking for Linux support, and while that is possible with Flash Player via the web browser, we wanted a engine that could handle fullscreen 3D on Linux just like on Mac and PC. In the end, Unity became the obvious choice. Unlike Flash, Unity's feature set, support and take up seems to be growing and growing.

The game itself seems fantastic so it's great to see we will be getting it! 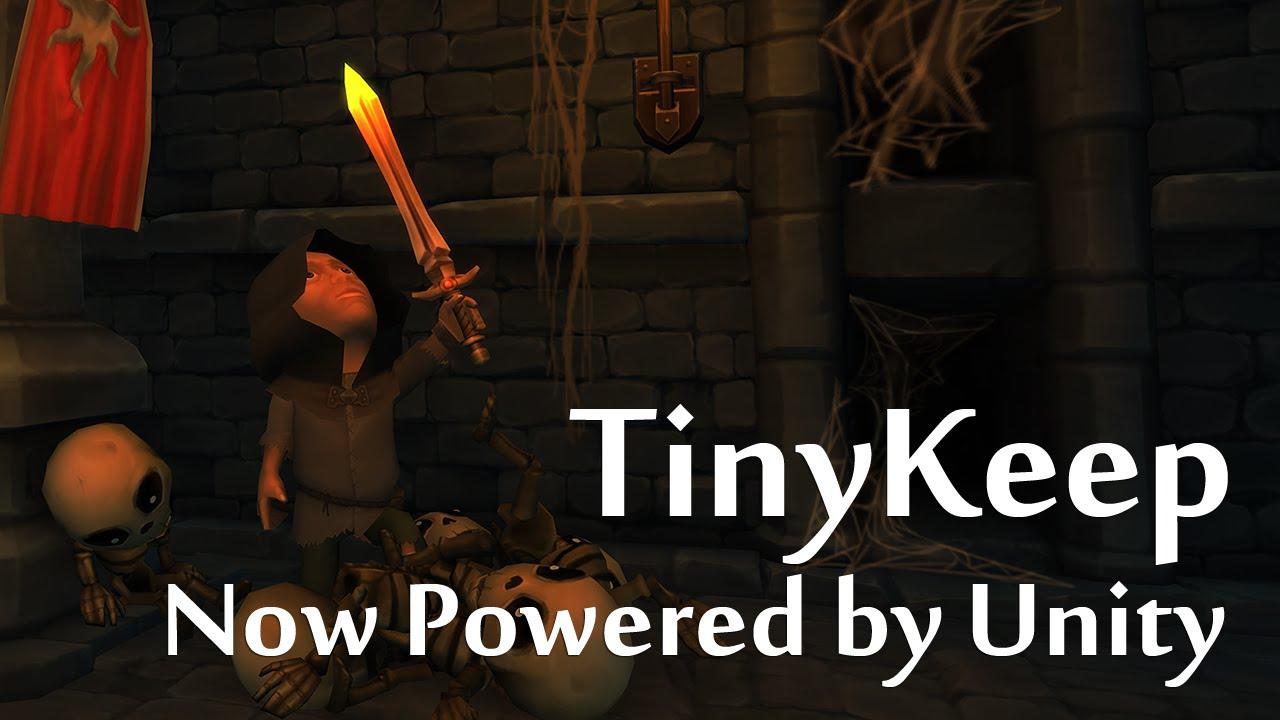 YouTube videos require cookies, you must accept their cookies to view. View cookie preferences.
Accept Cookies & Show   Direct Link
In essence, TinyKeep is a 3D realtime Action RPG, focusing on exploration and combat. The premise is simple: Your character is a prisoner, a seasoned fighter jailed many years ago and left to perish in the deepest, darkest cells of the keep. The nights pass by and all hope seems lost, you realise that the end is drawing near. But on one fateful day, you wake up and find yourself mysteriously free of your shackles, and in front of you lies a broken, unlocked door. There is only one thing left to do, you must now escape TinyKeep!

At its heart is a sophisticated AI system, designed to produce unique monster intelligence that behaves in exciting and unpredictable ways. We wanted to create a game that feels alive, where the dungeon's inhabitants have their own motivations and needs, and situations are created that have never been seen before in a game of this genre.

I love the fact that it will be really focusing on AI, there are quite a few dungeon crawlers nowadays but they all seem to have very simplistic AI where they just see you, go up to you and relentlessly attack until they die, so it's quite refreshing.

Their focus on making it as accessible as possible as well is great, to have some good RPG features in an easy to understand package, well that's just win-win!

If you missed the Kickstarter, fear not! You can still pre-order for £12 and get access to the Beta builds!

Have added this one to my feedly to keep an eye on for everyone!
Article taken from GamingOnLinux.com.
Tags: Crowdfunding, Indie Game
0 Likes
Share

We do often include affiliate links to earn us some pennies. We are currently affiliated with GOG and Humble Store. See more here.
About the author - Liam Dawe
I am the owner of GamingOnLinux. After discovering Linux back in the days of Mandrake in 2003, I constantly came back to check on the progress of Linux until Ubuntu appeared on the scene and it helped me to really love it. You can reach me easily by emailing GamingOnLinux directly.
See more from me
Some you may have missed, popular articles from the last month:
The comments on this article are closed.
2 comments
Alex 26 Jun, 2013
Lookin good!
0 Likes

CFWhitman 2 Jul, 2013
View PC info
If that plays as good as it looks then I'm there.
0 Likes
While you're here, please consider supporting GamingOnLinux on: