The weekend just gone marks one year since Two Tribes invited Linux users to express interest in their upcoming platformer Toki Tori 2, leading them to be inundated by passionate Linux users.

Last week, six months after the game's initial PC launch for Windows and Mac OS, Toki Tori 2+ made its Linux debut as a part of the Humble Indie Bundle X. 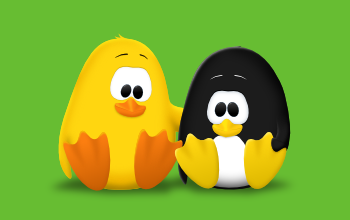 Toki Tori 2+ is an incredibly cute puzzle platformer in which the titular protagonist must once again save his people, this time from a mysterious black goo which is destroying life on the island on which Toki Tori and his people live.

Toki Tori 2+ departs from the franchise's previous incarnations by presenting the game as a less linear explorable world rather than the modular level based gameplay present in previous Toki Tori games (trivia: the first Toki Tori game was a Game Boy Colour title).

The original games' tools and inventory items are replaced by a cast of fun and dynamic creatures and environmental features, allowing individual puzzles to be more tailored to their specific contexts than an inventory system would have allowed.

The "rewind" feature (more trivia: in spite of the protagonist's name meaning "Time Bird" in Japanese, the ability to manipulate time didn't appear in a Toki Tori game until the "rewind" feature was added to the PC version early in 2010), has been refactored as a part of Toki Tori's newest and most expressive ability - singing!

Players can now make Toki Tori chirp long and short notes (with short notes rising in pitch and long notes falling). The primary use for singing is to attract or distract creatures, though throughout the game, Toki Tori can come across special songs which will aid him on his quest.

To compliment singing, Toki Tori can now has a stomp ability, which scares and repels most creatures. The combination of attracting and repelling creatures gives players the ability to guide and position them to best take advantage of the abilities they offer. 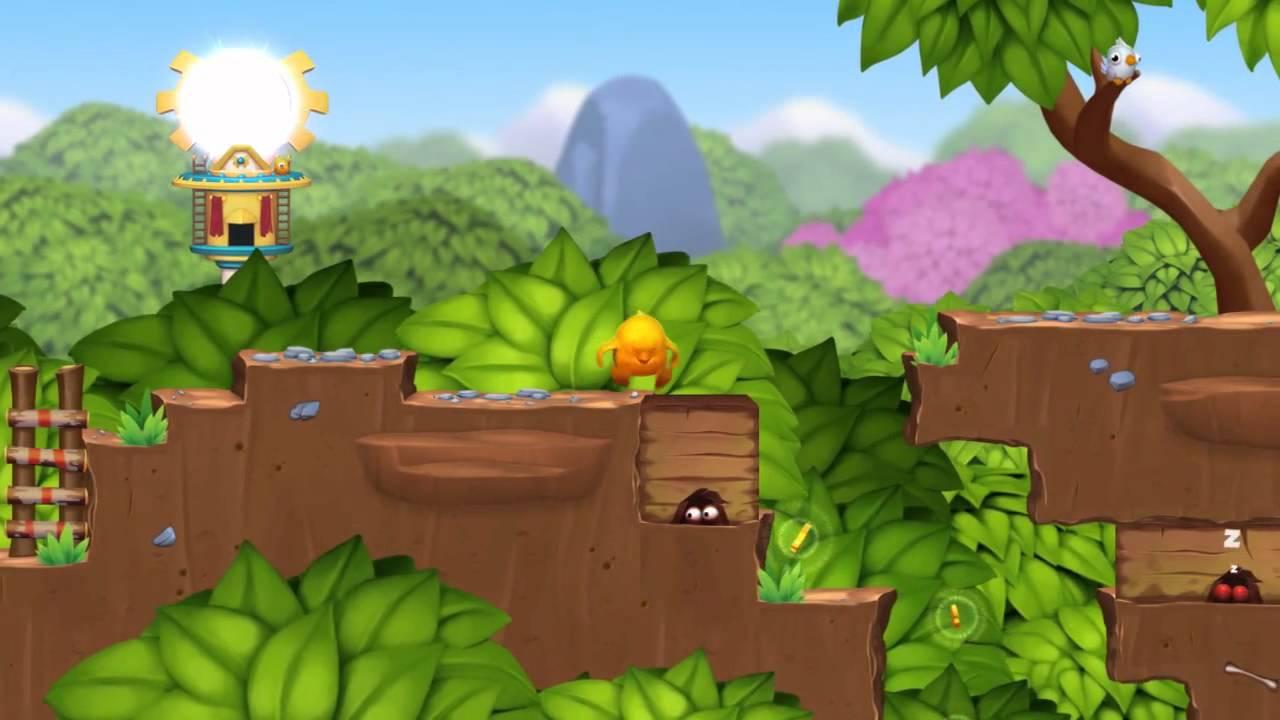 It hasn't been a smooth sail for the Dutch developer though. Earlier this month, the studio announced that due to financial difficulties, it would be closing its doors and reopening as a new company.

Two Tribes Publishing, the parent company formed to retain ownership of and publish their games remains unaffected, meaning that Two Tribes' original IP catalogue (including Toki Tori, EDGE and RUSH) will continue to be available and sold to Linux users.

For those who missed it yesterday: We're rebooting Two Tribes! Smaller team, focus on design, read all about it:

Two Tribes' plan is to develop games using existing technologies (focusing initially on Toki Tori 2's engine), starting with a 2D side scrolling shooter, which has been using the working title Rewind and may have been renamed to Reboot earlier today.

Whilst corresponding with Collin van Ginkel, he related that Linux would definitely be on the roadmap for all future Two Tribes titles, but the timeliness of ports would continue to be subject to the popularity and responsiveness of Linux audiences.

QuoteWe'll be doing Linux ports for all games moving forward, but it depends on how the Steam OS takes off if it will become a priority or not.

The six month turnaround for Toki Tori 2+ is on par with Trine 2, the most recent title from long-time Linux stalwart Froznbyte, and I'm hopeful that with Two Tribes' entire PC catalogue now available for Steam for Linux, we won't see a repeat of the situation that previously plagued EDGE, RUSH and Toki Tori, where the Linux ports of these games were not available outside of Humble Bundle promotions.

Toki Tori 2+ can currently be purchased for Linux on Steam (the Linux compatibility icon is still to be added, but it does work), and if you're super quick, you can also pick it up as a part of the Humble Indie Bundle X.

Update: Toki Tori 2+ now has a Linux icon in the Steam Store. Huzzah!

I do more stuff than could ever fit into a bio.
See more from me
Some you may have missed, popular articles from the last month:
The comments on this article are closed.
7 comments
Ryu 21 Jan, 2014
I hope they will fix the segmentation fault at start up http://steamcommunity.com/app/201420/discussions/0/630802978817088625
0 Likes

Quoting: Quote from HadBabitsI've never found their games particularly engaging for some reason. Nevertheless, I'm sorry to hear that they're having trouble.

in contrary, I and my kids luv their games. And they're challenging, one might think that by the cute graphics they wouldn't be.

Somethings you can only really engage or enjoy more once you have kids.

urkle (the fellow who finished the Linux port after the studio closed and reopened) has posted in that thread saying that he's looking into it, so fingers crossed there.

Quoting: Quote from HadBabitsI've never found their games particularly engaging for some reason. Nevertheless, I'm sorry to hear that they're having trouble.

I really enjoy RUSH. It plays a little like a stylised 3D lemmings - a type of fun strategic puzzler that we don't see much of these days.

I found Toki Tori's difficulty engaging for a while, but Toki Tori 2's feel of adventure/exploration has grabbed me in a way that that its predecessor didn't.
0 Likes
Anonymous 22 Jan, 2014

Quoting: Quote from CheesenessI really enjoy RUSH. It plays a little like a stylised 3D lemmings - a type of fun strategic puzzler that we don't see much of these days.

RUSH is an absolutely excellent puzzle game. Enjoyed way more than Toki Tori, although I am looking forward to trying Toki Tori 2.
0 Likes

I don’t understand why they aren’t simply making their games for Windows and Linux at the same time. There really isn’t any need to wait 6 months and hire someone to port to Linux…

But anyway, yes, Toki Tori 2+ is ridiculously cute ;). Too bad I don’t have the time to play all my games… Trying to finish FF13 at the moment…
0 Likes

Quoting: Quote from stanI don’t understand why they aren’t simply making their games for Windows and Linux at the same time. There really isn’t any need to wait 6 months and hire someone to port to Linux…

Whilst the Toki Tori 2+ Linux port was finished by Ed "urkle" Rudd, it was started internally by Marco Bouterse.

During development, there's a lot of money and time pressure to get things done. Often this is what keeps the scope of a project in check and makes sure that something eventually gets released. With Linux being out of the comfort zone for many devs, it's easy to put it off and plan to come back to it after release once the core development effort has died down and there's potentially some cash flow from it to fall back on.

Unfortunately, it ends up being more work when done that way. Baby steps though. With Two Tribes using the Toki Tori 2+ engine for their next title, I imagine that Linux support won't be a big effort for them and perhaps if we can show enough support, maybe we'll be able to convince them to get close to a simultaneous launch ^_^
0 Likes
While you're here, please consider supporting GamingOnLinux on: