Sikanda seems like a pretty interesting top-down action-adventure, one that gives you a shape-shifting weapon that takes inspiration from some well-known titles.

It's another that's currently crowdfunding on Kickstarter, although it primarily seems to mention Nintendo Switch it is also planned to release on Linux too according to the FAQ page. When digging a little further, they said this in the comments on their Kickstarter page:

A Switch release has highest priority for us and it's the only platform where we can give a definitive release date at the moment. Due to many people asking for a PC release in the last few months, we decided to also target Steam as second platform. This, and the opportunity for Early Access.

I'm a little iffy about their wording, as a previous comment mentioned a day 1 release on Steam if they hit a stretch goal. So it seems either way it's going to be on Steam with Linux support, just a matter of when.

Sikanda is a top-down 3D Action-Adventure with RPG elements, inspired by famous classics such as The Legend of Zelda: A Link to the Past, Secret of Mana, Terranigma and Final Fantasy, but also influenced by modern JRPGs like Xenoblade and Bravely Default. The game features realtime action combat, puzzles, optional side-quests, crafting, trading, minigames and more. 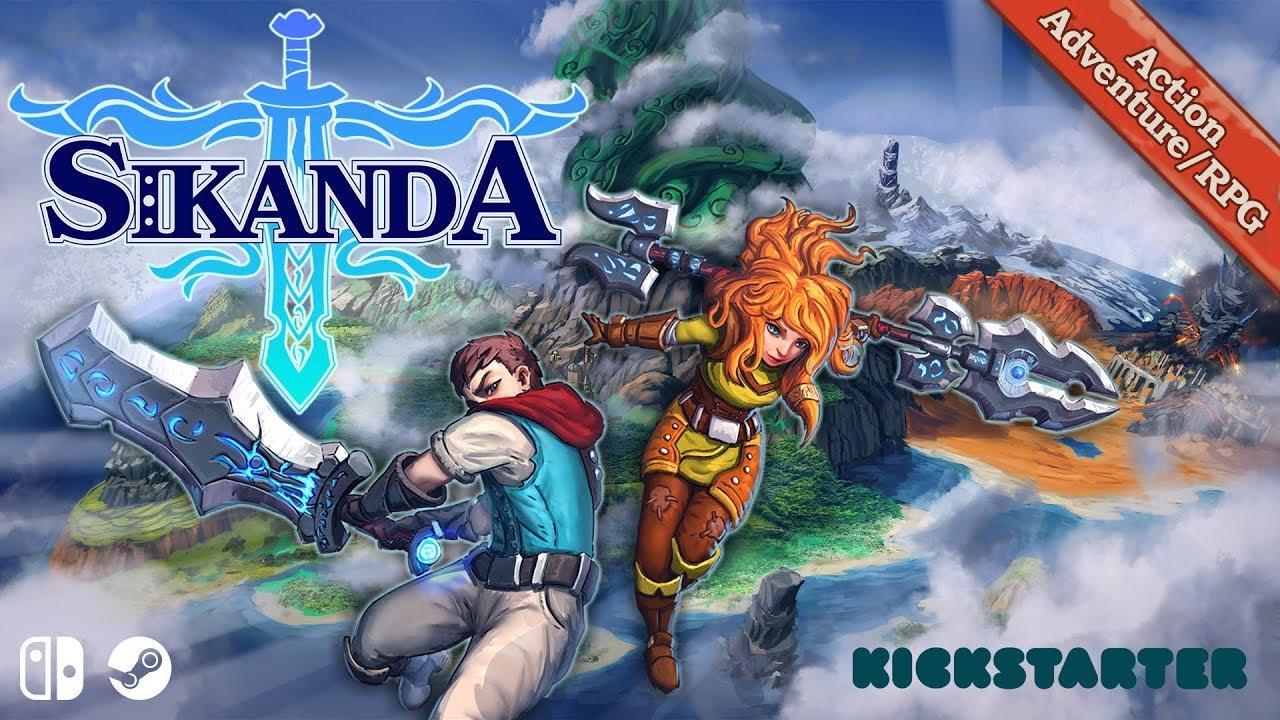 They have 33 days left to go with €3.5K pledged towards their initial €40K goal.

Find it on Kickstarter. Also another with a Steam page already up to follow along. If you don't plan to pledge, it still could end up being a good game to stick on your watch list.

Article taken from GamingOnLinux.com.
Tags: Action, Adventure, Crowdfunding, Indie Game
6 Likes, Who?
We do often include affiliate links to earn us some pennies. We are currently affiliated with GOG, Humble Store and Paradox Interactive. See more here.
About the author - Liam Dawe

I am the owner of GamingOnLinux. After discovering Linux back in the days of Mandrake in 2003, I constantly came back to check on the progress of Linux until Ubuntu appeared on the scene and it helped me to really love it. You can reach me easily by emailing GamingOnLinux directly.
See more from me
Some you may have missed, popular articles from the last month:
The comments on this article are closed.
6 comments
mao_dze_dun 15 Aug, 2018
Seems interesting but the graphics are really dated. At this point it's a mobile game. It's about on par with Torchlight II. I know graphics aren't everything, but I do feel the art style should be pushed to the limit, in order to compensate for the lacking visuals.
1 Likes, Who?

View PC info
It looks good to me. I've wanted to play Zelda games for a long time, but I just don't want to do it in the living room. I could see myself getting this one.
0 Likes

View PC info
Looks fun! I won't pledge, but hope to buy it some day.
2 Likes, Who?

Quoting: tuubiLooks fun! I won't pledge, but hope to buy it some day.

Same, the game looks interesting enough that I was considering backing it - but it has so many red flags;

- Even "early access" is 2 years out
- Steam as secondary release platform
- There is no evidence they have ever released anything on Linux
- The only place Linux is mentioned is in the FAQ where they basically just list platforms that Steam currently support.


My prediction; in 2-3 years they will drop Linux support because it's too hard to release for the platfrom ( ie. they have to do more than just hit a "package for Linux" button )
1 Likes, Who?
While you're here, please consider supporting GamingOnLinux on: