Ever heard of CS2D? [Steam, Official Site] A 2D shooter inspired by Counter-Strike is planning to release on Steam on November 15th with Linux support.

The game is actually free, as in properly free. No micro-transactions, no purchases of any kind. I'm actually surprised Valve are okay with this, considering it uses sounds and textures from the original Counter-Strike. However, Valve gave it the greenlight so there shouldn't be an issue. 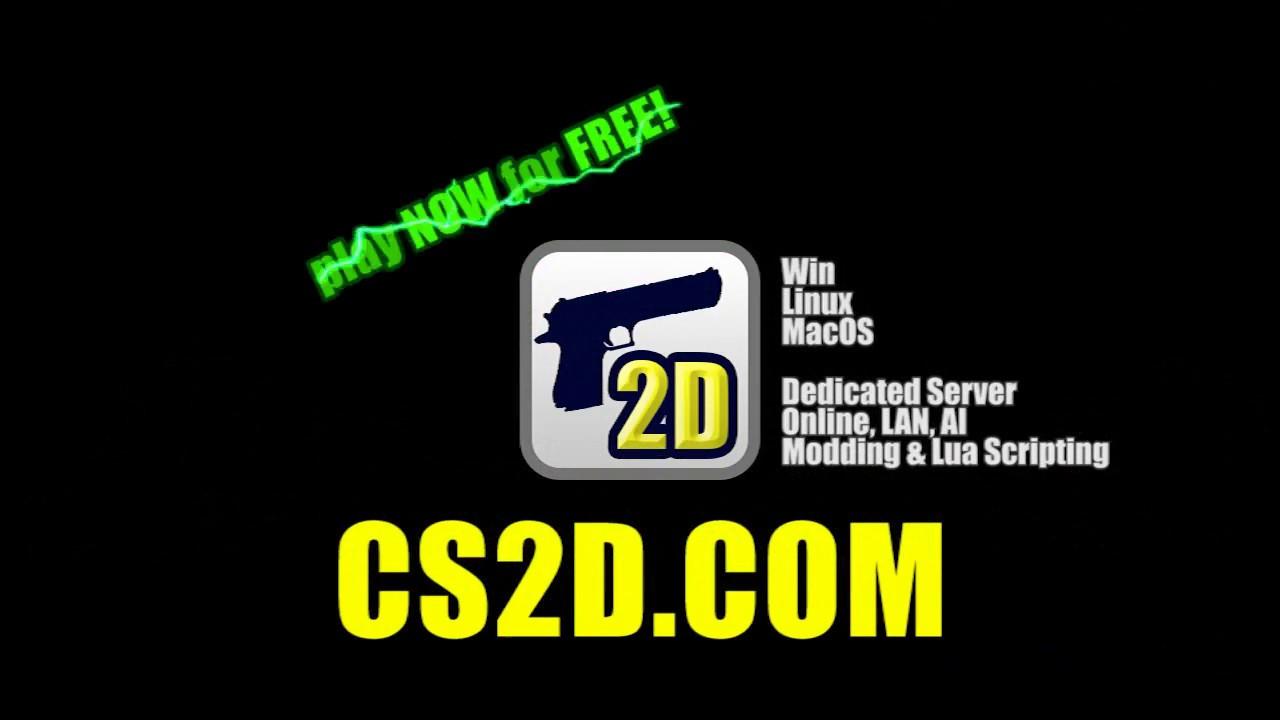 Two teams fight each other in action packed matches. With a variety of missions like bomb planting, hostage rescue, V.I.P. assassination, capture the flag, construction, zombies, deathmatch and team deathmatch. You have access to a huge arsenal of weapons - also including crazy stuff like portal guns, lasers, RPGs and much more. Play online, in LAN or against bots. Use the built-in map editor to create your own maps within seconds or write Lua scripts to modify and extend the game!

You can actually grab it from the official site right now.

I tested it out for a bit, hoping it wasn't too terrible, but I did come across issues. The first, is that you're required to have a bunch of 32bit libs installed, but it doesn't list what. Thankfully the top answer here solved it for me.

Once in, I set it to 1080p and fullscreen and reloaded to—segmentation fault, damn. Thankfully if you come across that, you can run it with "-win" appended to the end in terminal to get it back in windowed mode. However, then there's no sound and I couldn't get that to work at all.

Thankfully, it seems to have an active player-base. Hopefully their Steam release is a little more polished.

Article taken from GamingOnLinux.com.
Tags: Action, Free Game, Indie Game, Steam
2 Likes, Who?
We do often include affiliate links to earn us some pennies. We are currently affiliated with GOG and Humble Store. See more here.
About the author - Liam Dawe

QuoteHowever, Valve gave it the greenlight so there shouldn't be an issue.

No they didn't.
Considering the greenlight program brought us a tsunami of asset flips and pure unadulterated garbage I am not hopeful.
I hope they don;t pull it down or anything.
I did play this with my mates.
The zombie mode is fun.
0 Likes
Simonas 25 Oct, 2017
Hey,
I'm one of two developers of this game. It is always the best to report issues to the devs directly because we might be not aware of the issues!
We might take a look into the sound issue as well as missing 32bit libraries.
Linux support wasn't really a priority before as it has a really small player base.
We will see what we can do about the issues, also it would be best to know what Linux OS your are using.

View PC info
Now that's a blast from the past. Unfortunately I was a part of the Soldat crowd with some Liero on the side, so I never really got into it.
0 Likes
While you're here, please consider supporting GamingOnLinux on: