Total War Saga: Thrones of Britannia has been delayed

Total War Saga: Thrones of Britannia [Steam], the new strategy game that will form part of a series from Creative Assembly has been delayed. 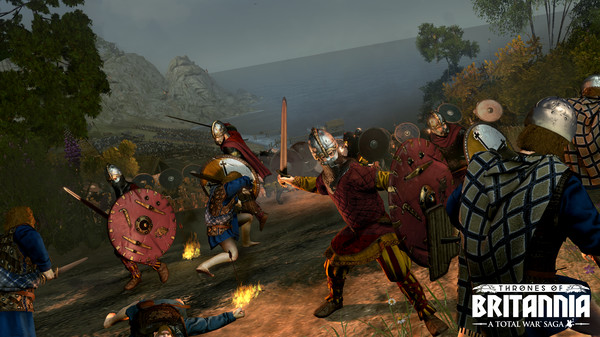 Speaking on the official blog, the developers said they've decided to take a little extra time after showing it off to a few "press and influencers" and listening to their feedback. As such, the Windows release date has slipped from April 19th to May 3rd, with the Linux port coming from Feral Interactive "shortly" after the Windows release.

During this period, they are planning further quality of life changes to the UI, balancing work on the campaign and the AI, enabling you to select the default state for units like such as always-run, skirmish and guard modes and many more tweaks.

In addition, they also talked about the "Ultimate Victory" condition recently, where they've decided not to stick to historical events since they may be wildly off depending on how your campaign goes.  Once you've passed through most of the game, going through one of the other victory conditions, you might want to start building up an army. You will begin to get rumours of foreign kings turning their eyes towards you and you could end up with the Normaunds (Normans), Dene (Danes) and/or Norse at your shores.

From what I've seen of Total War Saga: Thrones of Britannia, it certainly looks like a decent game, hopefully the Linux release will be nice and polished. I've no doubt Feral Interactive will give it a good port.

Article taken from GamingOnLinux.com.
Tags: Feral Interactive, Steam, Strategy, Upcoming
3 Likes, Who?
We do often include affiliate links to earn us some pennies. We are currently affiliated with GOG and Humble Store. See more here.
About the author - Liam Dawe

I am the owner of GamingOnLinux. After discovering Linux back in the days of Mandrake in 2003, I constantly came back to check on the progress of Linux until Ubuntu appeared on the scene and it helped me to really love it. You can reach me easily by emailing GamingOnLinux directly.
See more from me
Some you may have missed, popular articles from the last month:
The comments on this article are closed.
5 comments
Teodosio 22 Mar, 2018

Does anybody know whether they are introducing any new interesting game mechanics, or is this going to be "more of the same"?
0 Likes

View PC info
They really should update their FAQ ( https://www.totalwar.com/blog/thrones-britannia-faq ). This will throw some people:


Will it be available on Mac/Linux?

We only have a release on Windows in our current plan.
0 Likes

View PC info
I see no problem in delaying it because they make great games, and if the delay is to polish mare the game it's worth it. I'm still waiting for the TW: Warhammer 2 GNU/Linux version.
0 Likes

Quoting: FredOThey really should update their FAQ ( https://www.totalwar.com/blog/thrones-britannia-faq ). This will throw some people:


Will it be available on Mac/Linux?

We only have a release on Windows in our current plan.

Yes it will be for Linux, although we may have to wait a few days after the Windows release to get it.
0 Likes

Quoting: Anders1232I see no problem in delaying it because they make great games, and if the delay is to polish mare the game it's worth it. I'm still waiting for the TW: Warhammer 2 GNU/Linux version.

Yes no update on WH2, so I don't know if it will ever come or just waiting for the DLC release cycle to ebb or just never to be released. Rome 2 also missing and I would have preferred Napealon over Empire TW personally.
0 Likes
While you're here, please consider supporting GamingOnLinux on: