Feral Interactive have once again delivered for strategy games fans, with the release today of Total War Saga: Thrones of Britannia for Linux. As a reminder, this is another Linux port that's Vulkan-only as Feral are now full steam ahead with this newer API. 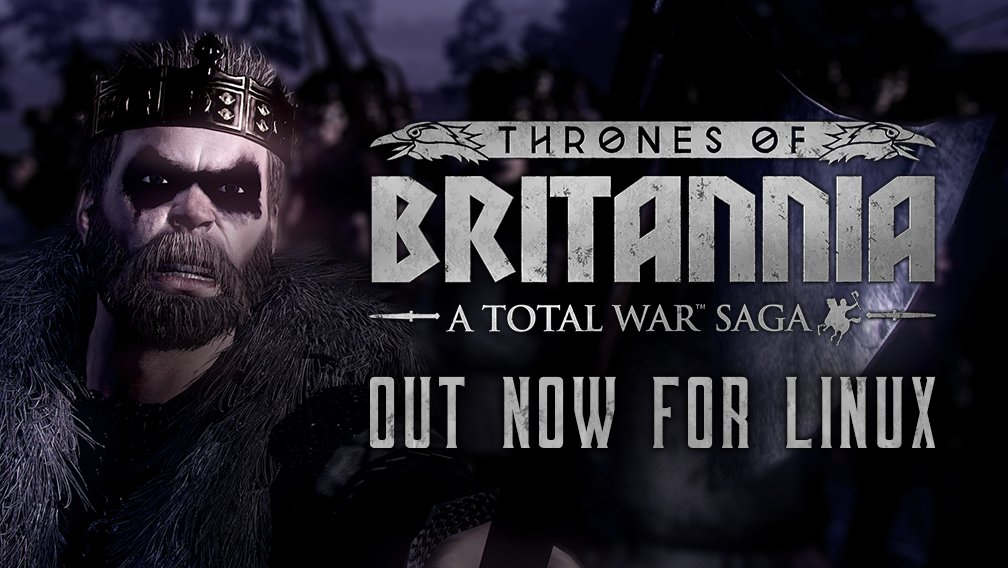 There’s ten different playable factions: West Seaxe, Mierce, The Gaels – Mide and Circenn, The Welsh – Gwined and Strat Clut, The Great Viking Army – Northymbre and East Engle and finally The Viking Sea Kings – Dyflin and Sudreyar. Who will you be controlling?

A note about multiplayer: It's compatible between Mac and Linux, but you cannot play online against Windows players.

If I’ve counted them correctly, this makes the 7th Total War game to arrive on Linux from Feral (there's 8 total, with one not done by Feral), so it’s pleasing to see Feral continue to bring such popular titles over.

Here's a look at how it stacks up against the Windows version - 1080p: 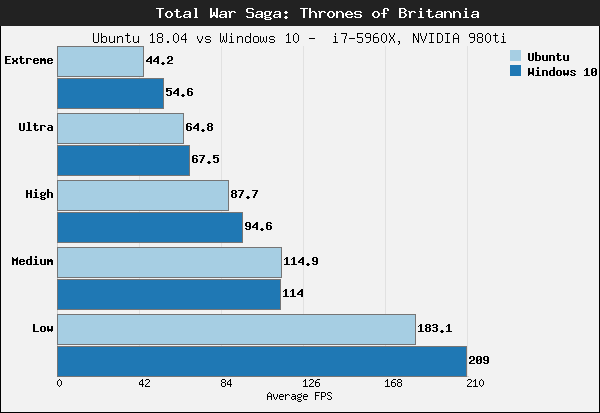 Performance looks pretty good overall, certainly seems to be smooth. When comparing it directly to Windows 10, what it was originally designed for, it's impressive the scores are as close as they are.

In terms of a full review, I’m handing this one over to BTRE who will be able to do it justice. Keep an eye out for that in the coming days.

You can find Total War Saga: Thrones of Britannia on Humble Store, Feral Store and Steam.

As a reminder, we also still have Life is Strange: Before the Storm and another game currently being teased to come to Linux from Feral Interactive.

Article taken from GamingOnLinux.com.
Tags: Feral Interactive, Steam, Strategy, Vulkan
18 Likes, Who?
We do often include affiliate links to earn us some pennies. We are currently affiliated with GOG and Humble Store. See more here.
About the author - Liam Dawe

View PC info
From the artwork I will say: Hellblade: senua's sacrifice confirmed as the next game ported to Linux by Feral! ^_^
2 Likes, Who?

hihu 7 Jun, 2018
View PC info
Do you need Ubuntu 18.1 to play this? According to the system requirements SteamOS is not supported.

Quoting: cdnr1wy are the requirements higher than the windows version

Usually based on what Feral was able to test on. Naturally they have a limited amount of CPUs and GPUs to test on. That's what they told us before anyway.
3 Likes, Who?


Last edited by Xpander on 7 June 2018 at 12:24 pm UTC
1 Likes, Who?
mcphail 7 Jun, 2018
Lordy, I really need to upgrade my machine so I can play some of these feral games. I'd love to make the King of Alt Clut the rightful overlord of the British people. Damn those Norse, Germans and Gaels!
1 Likes, Who?

View PC info
Added a comparison against Windows 10.
3 Likes, Who?
shawnsterp 7 Jun, 2018
Are all these Total War games they keep pumping out actually different? I have a couple but I gotta admit I haven't really gotten around to playing them.
2 Likes, Who?
1/5»
While you're here, please consider supporting GamingOnLinux on: