Total War: WARHAMMER II announced and it sounds like it may see Linux support

By Liam Dawe - 31 March 2017 at 5:19 pm UTC | Views: 13,491
Total War: WARHAMMER II [Steam, Official Site] has been officially announced and going by their release announcement, it sounds like it may get Linux support. 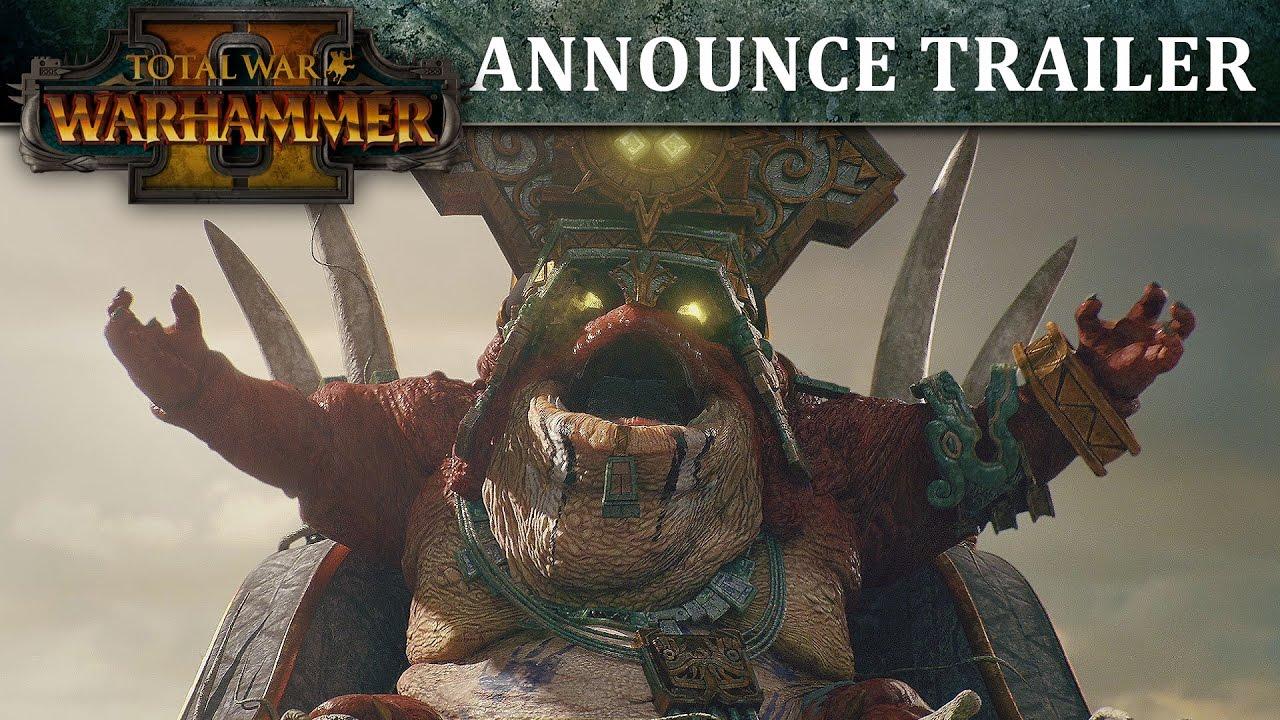 YouTube videos require cookies, you must accept their cookies to view. View cookie preferences.
Accept Cookies & Show   Direct Link
Now, take this with a grain of salt since they aren't yet giving us anything solid, but listed in their official announcement was this:


QuoteWill It be released on Mac and Linux from release?

Plans for Mac & Linux versions will be announced later in the year.

You wouldn't be saying that, if you weren't already planning for it somehow. That's the way I see it, but call me an optimist eh? It wouldn't be surprising though, given the others have made their way to Linux.

The game will start off with High Elves, Dark Elves, Lizardmen and a fourth race they aren't naming yet. You can bet there will be DLC races after release, like with the original.

The campaign will also be vastly different this time, with the main aim being to control a vortex seen in the trailer. The developers claim it's the first Total War game where the AI can beat you to the end-game.

If you own the first game and the second, you will get the option to play on a massive combined map. That sounds pretty sweet!

It's due for release later this year, but no firm date mentioned.

There will also be a Total War: WARHAMMER III, but they obviously aren't giving details on that yet. Article taken from GamingOnLinux.com.
Tags: Steam, Strategy, Upcoming
9 Likes , Who?
Share

View PC info
This was a pretty good week:D
1 Likes, Who?

View PC info
I bet fourth race is skaven based on the mutated rat in the end.
All I can say is that my penis is quite hard already.
2 Likes, Who?

View PC info
I'm going with the 4th race as Skaven.
2 Likes, Who?

QuoteIf you own the first game and the second, you will get the option to play on a massive combined map. That sounds pretty sweet!

This is a very interesting feature. I wonder if you can play the original game's campaign on the expanded map?
1 Likes, Who?
bakgwailo 31 Mar, 2017

QuoteIf you own the first game and the second, you will get the option to play on a massive combined map. That sounds pretty sweet!

This is a very interesting feature. I wonder if you can play the original game's campaign on the expanded map?

I believe they said that an expanded map will be coming after release that has everything on it.
1 Likes, Who?

Segata Sanshiro 31 Mar, 2017
View PC info
:O high elves! I'll get this for sure, I enjoyed the previous game despite the lack of high elves.

I hope they flesh the game out a bit more with more maps and stuff as well, the old one was decent but lacked replay value.
1 Likes, Who?

View PC info
Looking forward to this one. I also think Skaven will most likely be the new race. I hope that this great pace of games coming to the Linux platform continues. I've been going a bit crazy lately on the game buying, might need to reel it in a bit. I am currently very poor lol, but happy. ^_^

View PC info
I think I might just as well post my wallet to them, they'll be emptying it later this year anyway. ;)
1 Likes, Who?

View PC info
Hopefully they will do cross-platform multiplayer this time around.
1 Likes, Who?
1/3»
While you're here, please consider supporting GamingOnLinux on: