Feral Interactive announced today in their newsletter that the Linux port Total War: WARHAMMER II will be available in 'early Autumn'. 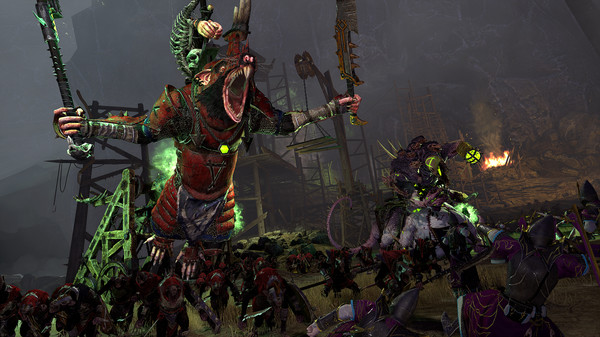 Given their wording, this means it's likely to be sometime in September, so prepare your wallets. Here's exactly what they said for those not receiving it:

The New World beckons! We are aiming to release Total War: WARHAMMER II for macOS and Linux in early Autumn.

This would make Feral's third Linux port this year after Total War Saga: Thrones of Britannia and Rise of the Tomb Raider. We still have Life is Strange: Before the Storm to come as well. Hopefully more to keep Linux gamers satisfied!

Sadly, it looks like we're not getting a Linux port of LEGO Marvel Super Heroes 2, as it was announced only for Mac. If you want to see it on Linux, might be worth letting them know on Twitter.

View PC info
This will be a day one purchase for me, it's Warhammer!
1 Likes, Who?

View PC info
They promised Life is Strange: Before the Storm this spring, so "early Autumn" probably means "early Autumn, 2019" in terms of Feral time.
5 Likes, Who?

View PC info
Too much Warhammers. Who buy all this chapters? O.o
0 Likes

Because it's Warhammer. ;)
0 Likes

View PC info
Total War is a great series, and by the number of GNU/Linux releases is a profitable one. And the Warhammer ones are great.
I just love playing Total War, I have 413 hours on Shogun 2 and 429 hours on Warhammer (and counting). Feral give us Warhammer 2 o/
1 Likes, Who?
Purple Library Guy 1 Aug, 2018
One thing to keep in mind about porting games is that profit is a net thing--sales minus expenses.
These Total War games have an engine and probably a bunch of other stuff in common. When you've ported a couple, porting the next one must be way easier and faster and cheaper, because you can re-use a bunch of your work. So why on earth would they skip any if there's a decent chance of sales? If they have any sense, at this point they will just port every Total War that comes out.

And since we want Feral to continue doing well, and since doing a Total War game probably only has an opportunity cost of maybe a third of a different kind of game (because it's so quick and easy to do), I'm getting kind of tired of so many people whining about them taking their guaranteed revenue.

Quoting: Anders1232Total War is a great series, and by the number of GNU/Linux releases is a profitable one. And the Warhammer ones are great.
I just love playing Total War, I have 413 hours on Shogun 2 and 429 hours on Warhammer (and counting). Feral give us Warhammer 2 o/

I envy you.
I am still studying it to get it right.
15+ hours of watching videos, 2h of playing, 2 more hours of configuring the steam controller. 4 Total War titles, with 5 DLCs bought. lol

I have Attila, Shogun 2 with all the DLC's(including RotS and FotS and their DLC's ), and Warhammer with all the DLC's. I don't know how many hours I spent watching videos, but I watched at least 3 full campaigns of MrSmartDonkey on youtube and some Zerkovich's videos of races and tatics.
1 Likes, Who?

View PC info
I have 100+ hours in Hearts of Iron and I am still crap at it.
Let's see how many hours i need to pour into Warhammer games to get them right :D
0 Likes
1/2»
While you're here, please consider supporting GamingOnLinux on: