Towards The Pantheon, a cute 2D RPG has been greenlit and is heading to Linux on Steam

By Liam Dawe - 3 March 2017 at 10:04 am UTC | Views: 12,206
Towards The Pantheon [Official Site] was emailed in by the developers and it looks like a fantastic 2D RPG. The good news is that it has been greenlit so it will be coming to Steam. 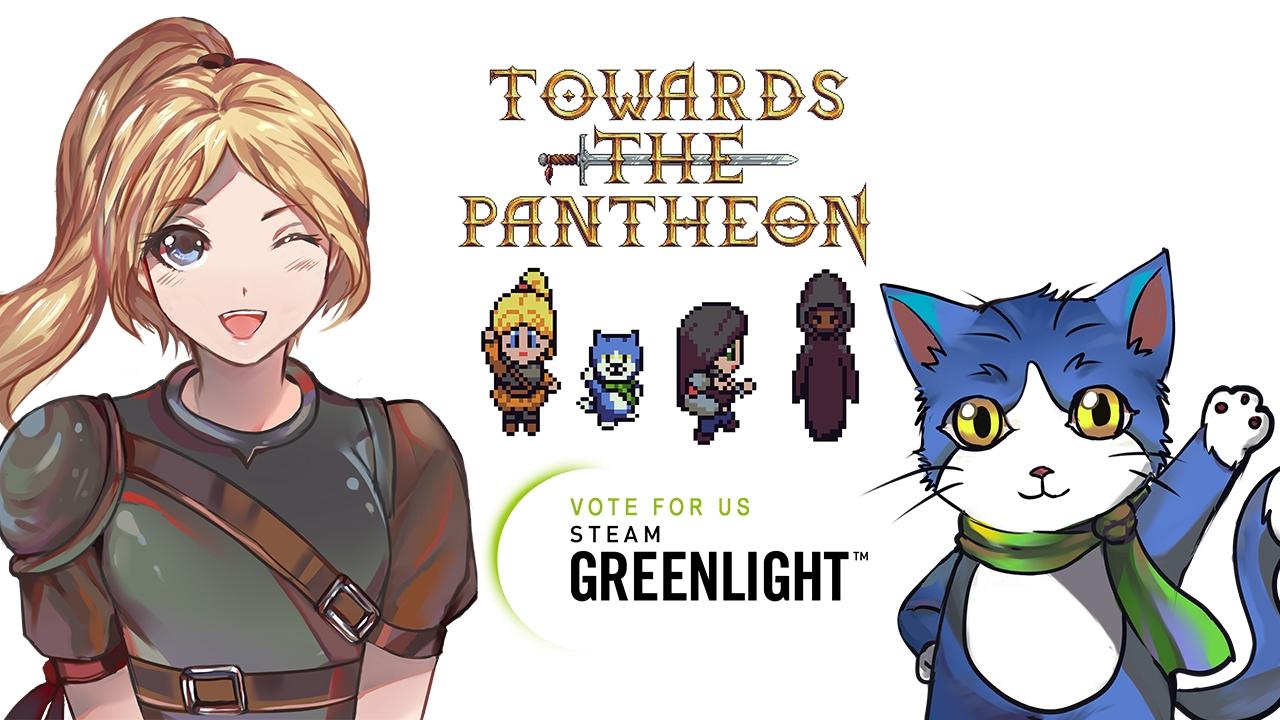 About the game
Gone are the RPG clichés of potions, wars between elemental gods, and plots about youngsters who accidentally stumble upon a magic power that allows them to save the world. Instead Towards The Pantheon is a unique and unusual game that follows Freyja the warrior, Bam the cat, Mishima the cyborg, and Phenez the ghost on their simultaneously lighthearted, fun, dark, and painful adventure.

Whether it be silent protagonist Freyja searching for self confidence to overcome her mutism, Bam wishing he was back home with his stash of catnip, Mishima’s conflict over whether she must replace her heart with a computer chip in order to fit into her cyberpunk society, or Phenez’ dark struggle for redemption, Towards The Pantheon deals with personal and philosophical topics that all players can relate to.

View PC info
Am I the first to comment ?

Uhm....looks nice.
1 Likes, Who?
While you're here, please consider supporting GamingOnLinux on: