Urban Games, the Swiss team behind Train Fever, recently announced that their game will be available on Linux. 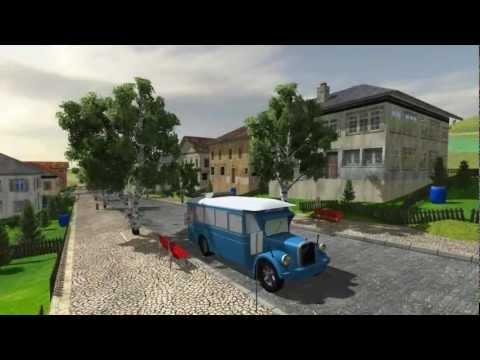 In their own words:

Urban GamesTrain Fever is a railroad-focused business simulation game with role-playing elements. (...) The game runs on an engine specifically developed for this game. The engine has a great innovative scope and is specialized in procedural content and urban simulation. A key point is the fact that there is no grid that game objects have to be aligned to, allowing for a great degree of freedom.

The game is currently being crowdfunded at Gambitious.com (in fact it's the only active project there right now), a fairly recent gaming-only, professional crowdfunding platform. What does professional mean, here? It means that, while a project can work à la Kickstarter (i.e. offering different perks depending on the amount pledged), it can alternatively offer equity for your inversion. This project is being funded the second way, so anyone contributing to it will partake in the future sales revenue (plus, everyone inverting 40€ or more will also get a free copy of the game).


Judging by the screenshots and by the gameplay video this looks really promising. I'm really looking forward to seeing this project fully funded and playing the game! Article taken from GamingOnLinux.com.
Tags: Crowdfunding, Indie Game, Upcoming
0 Likes
We do often include affiliate links to earn us some pennies. We are currently affiliated with GOG, Humble Store and Paradox Interactive. See more here.
About the author - muntdefems
A Linux user for more than 15 years, I've just recently rediscovered the passion for gaming. Couldn't have chosen a better time than now: the [second](http://www.gamingonlinux.com/articles/linux-techdemo-available-for-race-the-sun-.1752#4850) Golden Age of Linux gaming.
See more from me
The comments on this article are closed.
No comments yet!