Transport Fever [Steam, GOG, Official Site] does have a number of issues, but the developers have patched it repeatedly and it's a lot better than the initial release. 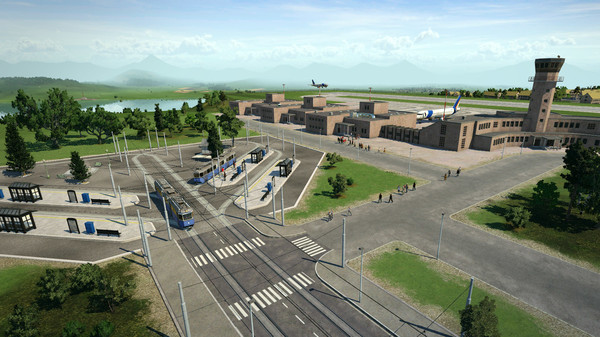 While I think they still need to work on performance, which can drop pretty low, it's good to see them support this simulation game rather well after release.

I decided to check it out again with this latest patch and the performance is still pretty damn bad in the Linux version. It's especially noticeable when you're trying to build a track between two stations, dragging the track and moving the camera makes it drop down below 20FPS which is pretty terrible.

Any regular players here? Have you been enjoying it?

View PC info
I quite enjoy it, though I haven't put that many hours in it.

The drops in performance are happening in Windows as well, judging from various "let's plays". I don't know if they are worse on Linux. But generally, it's not that bad, because you're not playing against anybody and reaction time isn't important in this game. And you can work around most of them. The problems happen mainly when you change your view to include many moving objects. You can orient the camera to look mostly downwards and that helps a lot.
0 Likes

Quoting: ivantThe drops in performance are happening in Windows as well, judging from various "let's plays". I don't know if they are worse on Linux.

It's a native OpenGL game, so it should be the same. Performance issues are mainly the result of increased workload for the game as you progress. Also, the decision to do monthly financial updates that result in a big stutter was maybe not the smartest thing to do. In any case, it's a common problem with these kinds of games because the build freedom makes them extremely hard to optimise.
0 Likes

View PC info
I do and finding stucked trains was a lot of work. A notification is highly appreciated. Wonder why this was not around before.
0 Likes
ronnoc 6 Nov, 2017

View PC info
I love the game and play it all the time - 582 hours so far. On my rig, performance is fine until later-game when it all comes crashing to a 10 FPS disaster. But the journey there is fun enough and the Steam Workshop is VERY active, all which makes it worthwhile to me.
0 Likes

View PC info
They re-used the engine of "Train Fever" which was a big fault performance wise.

I do understand they have not that much financial background to do everything from the scratch again, but maybe switching to a known working engine like Unity could habe solved them trouble. Unity is far from perfect, but in a much better shape than their engine is.
1 Likes, Who?
While you're here, please consider supporting GamingOnLinux on: