Finnish developer Frozenbyte has today announced Trine 3: The Artifacts of Power, a third game in their award winning Trine series. 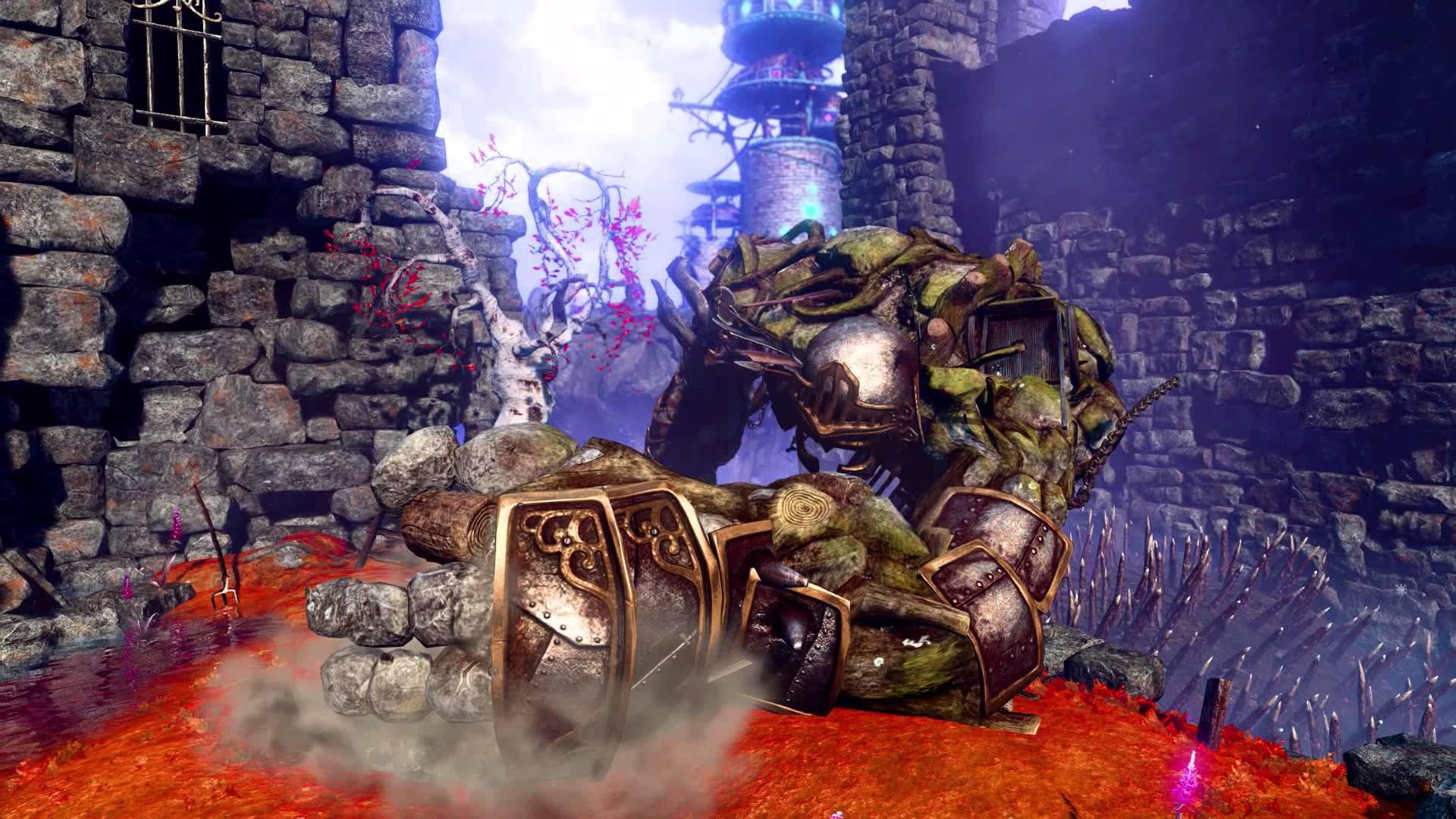 YouTube videos require cookies, you must accept their cookies to view. View cookie preferences.
Accept Cookies & Show   Direct Link
As the trailer opens, a mysterious voice tells us that it will be leaving, foreshadowing what will most likely be a key plot element in the game.

The biggest aspect revealed in the trailer is the departure from the first two games' established 2D style gameplay, giving players the opportunity to experience the world of Trine and overcome new platforming challenges and puzzles in ways that were never before possible.

Once again, it looks like Trine 3 will raise the bar for stunning environments, with the additional third dimension of gameplay giving Frozenbyte's artists new spaces to fill with detail and richness. 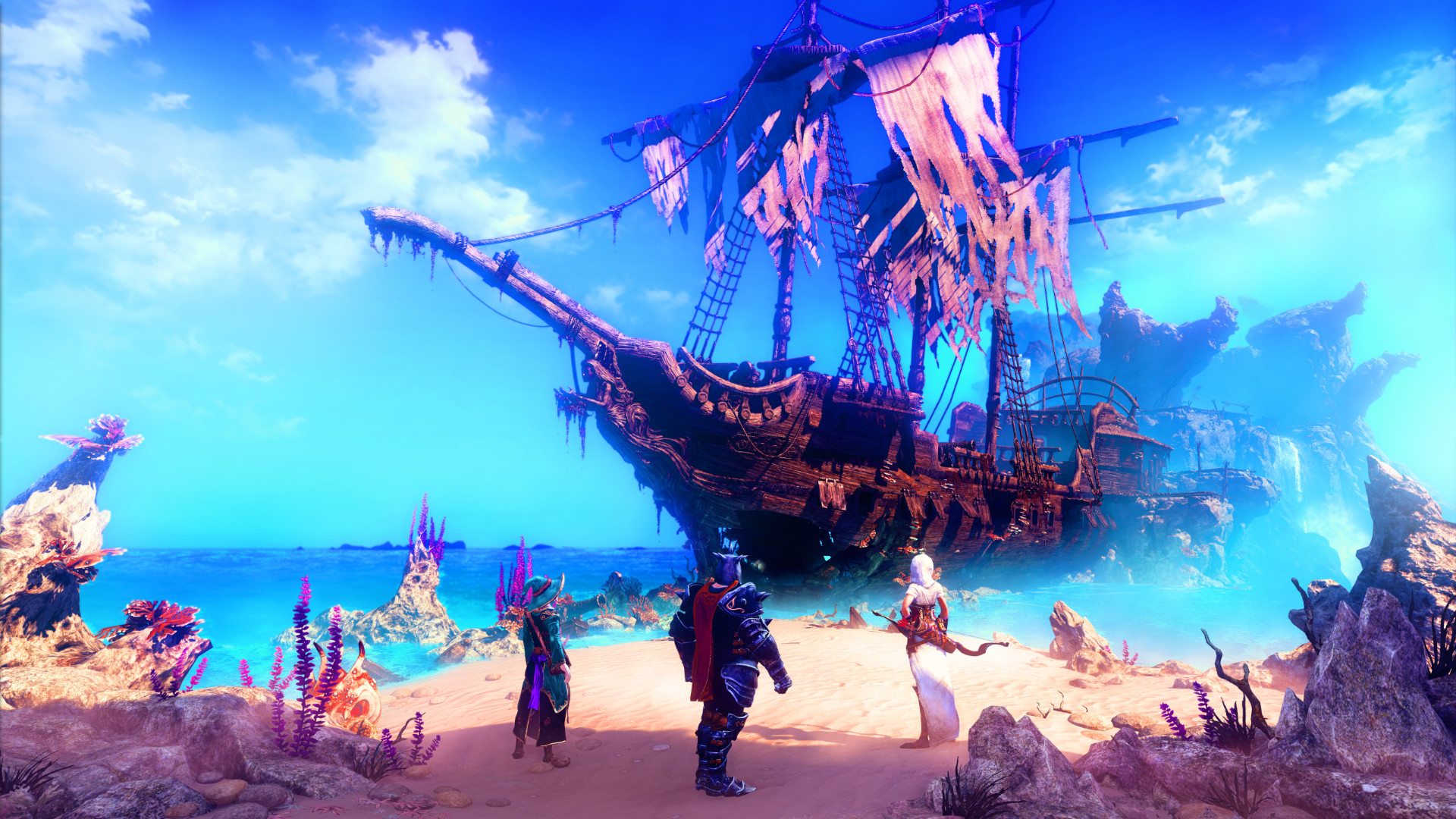 In particular, two behind-the-character angled shots in the trailer highlight the impact of this new perspective. As Pontius shield-glides between peaks towards a fiery sunset in the distance, it's hard to not get a sense of great unmoving majesty from the surrounding mountains. As Zoya swings through crumbling tropical ruins, glimpses of the ocean below add an air of precariousness that the same kind of movements could never have carried in the first two Trine games.

I'm surprised by just how much impact seeing the horizon in front of your character can have. Suddenly, the protagonists' destinations feel clearer, their goals and the hurdles they face are more present and more alive.

It's difficult to imagine whether these changes will enhance gameplay as much as they will enhance Trine 3's presentation, but Frozenbyte's track record gives some comfort and I find myself very eager to explore the experiences they've been cooking up for us. 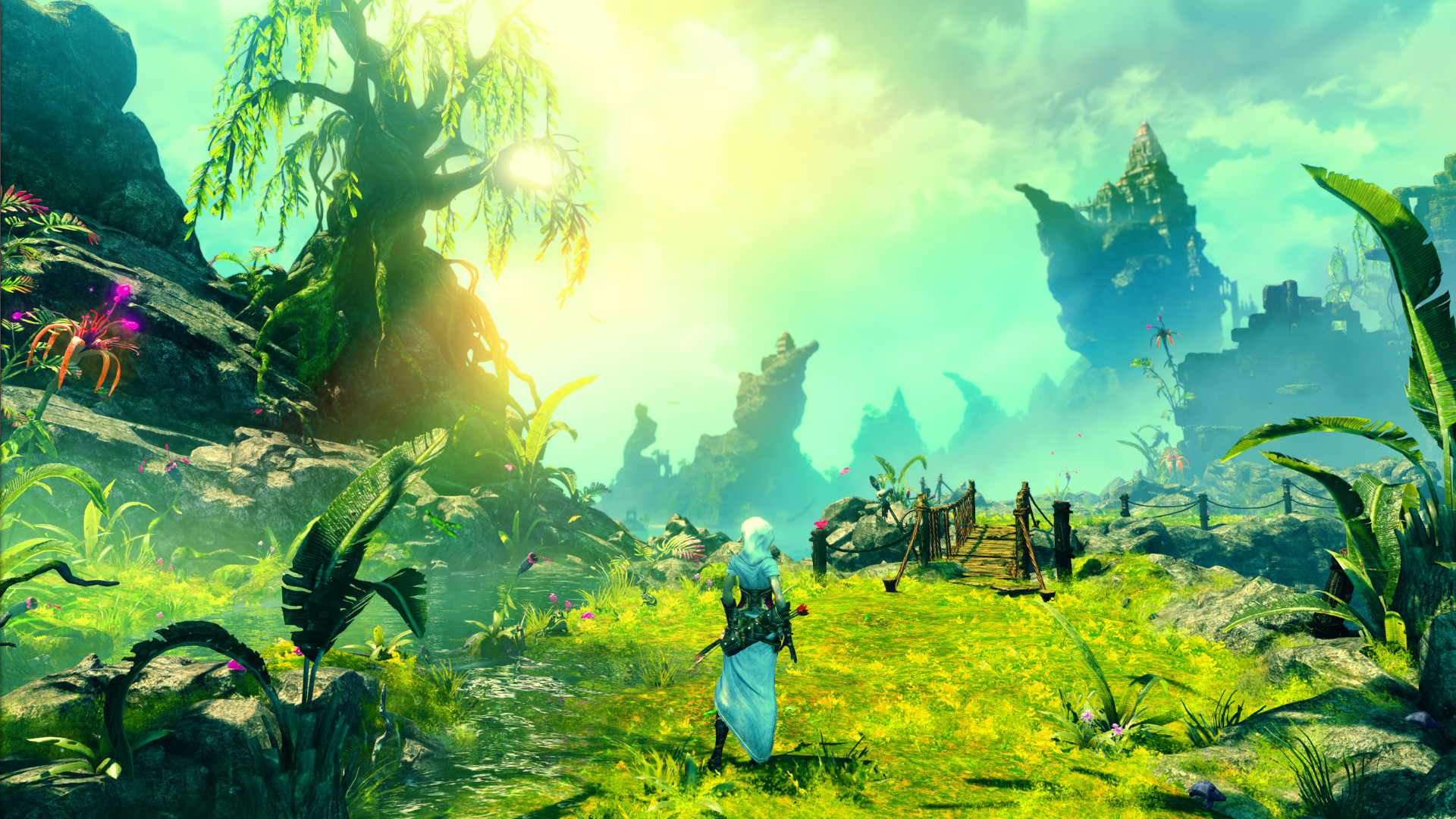 There aren't many indications from the trailer of what ways the characters' abilities have changed in Trine 3, but there is a glimpse of Zoya using her rope to pull a crate, and of Pontius using some kind of stun attack. Zoya is shown to be climbing along a wall at one point, and Amadeus appears to do something similar from a hanging platform before climbing on top from behind, hinting at some of the new movement opportunities to be found in the game.

The few enemies shown appear to be made from rocks and vines. These characters' prominence in the trailer may indicate that they are a primary force for Trine 3. Also pictured briefly are some toothed books that can be seen chasing the three protagonists as the trailer fades out. 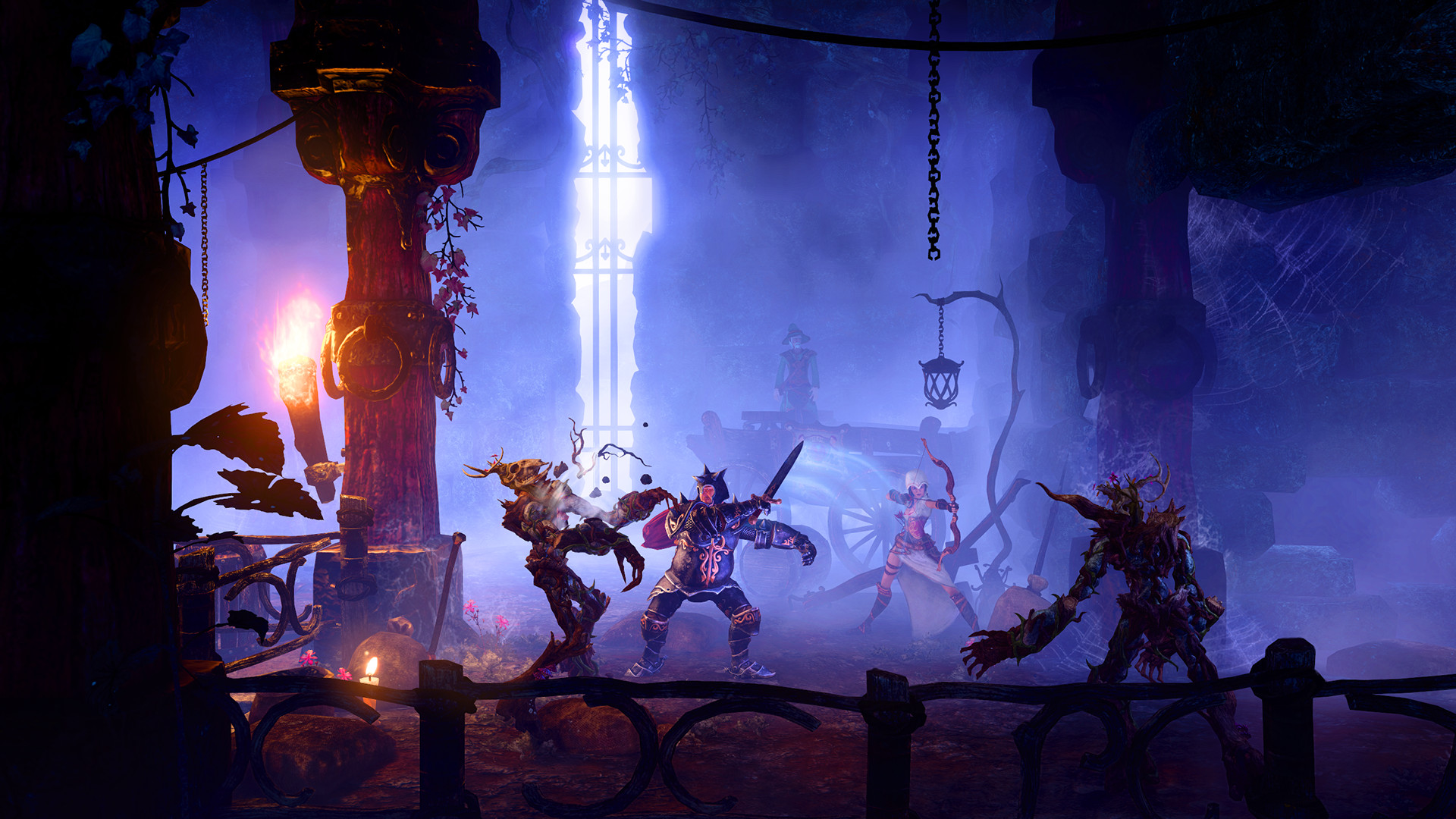 Continuing his work from the previous games, Ari Pulkkinen is returning again to score Trine 3, with his unmistakable style setting the trailer's tone and pacing.

The Trine 3 trailer opens with a more melancholy feel than the Trine series has typically had. This feels interesting, and makes me wonder if this game's plot will be less of a light hearted romp than the previous games. Trine 2 was admittedly darker than the original Trine game, but even with Amadeus' wife on the line in Trine 2's Goblin Menace expansion, it still somehow managed to feel as though (aside from any player caused deaths) the characters we care about were safe and happy.

It may be stretching things too far to draw any real interpretations from the Trine 3 trailer's music, but there is definite contrast between this and the music from the Trine and Trine 2 trailers. 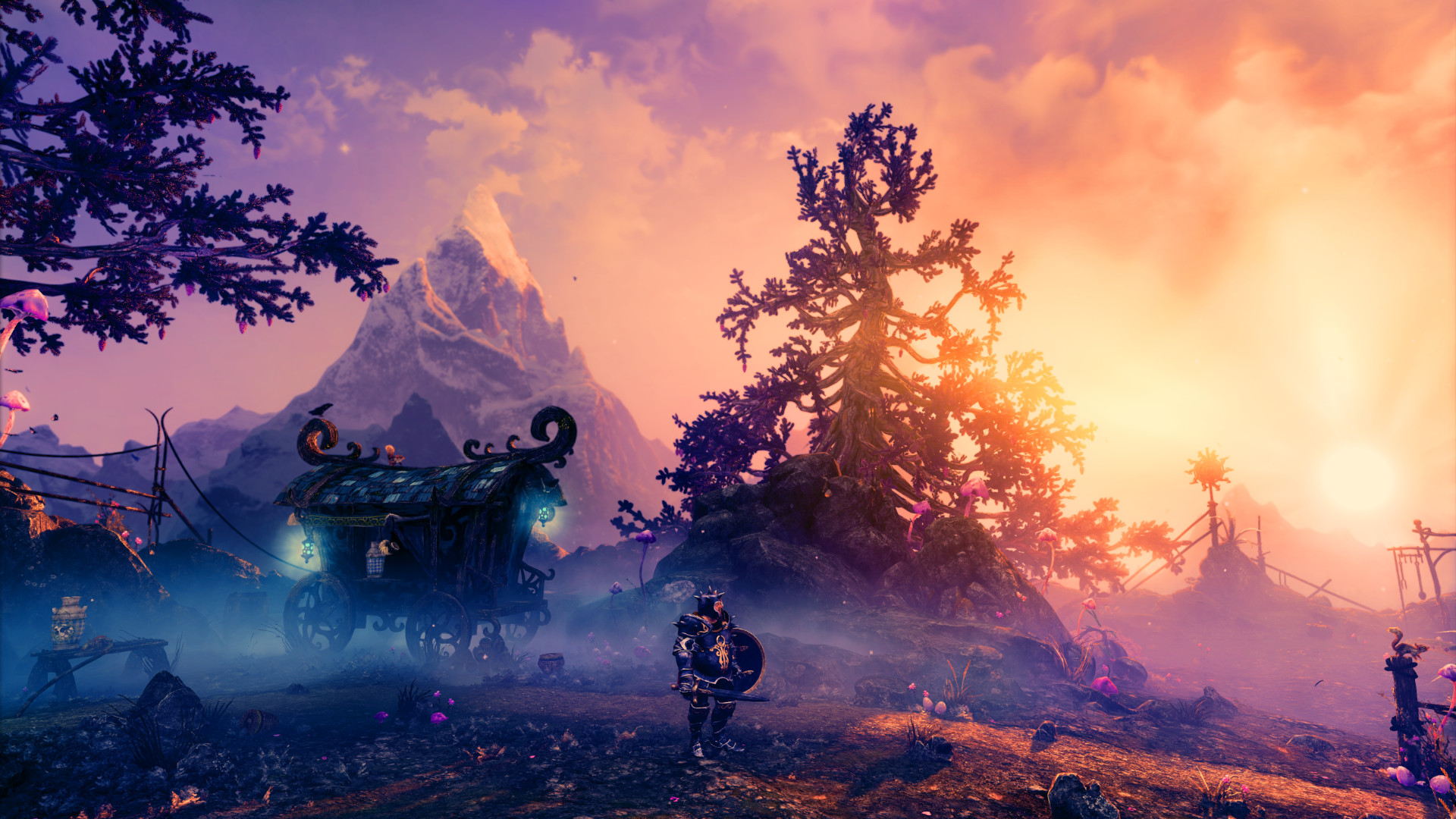 It is currently unclear whether Linux will be getting a simultaneous launch, but I have been assured that a Linux launch will happen. During a brief chat with Frozenbyte's Lauri Hyvärinen about Trine 3, he had this to say about Linux support:

QuoteIt's alive and well. It's coming for sure. 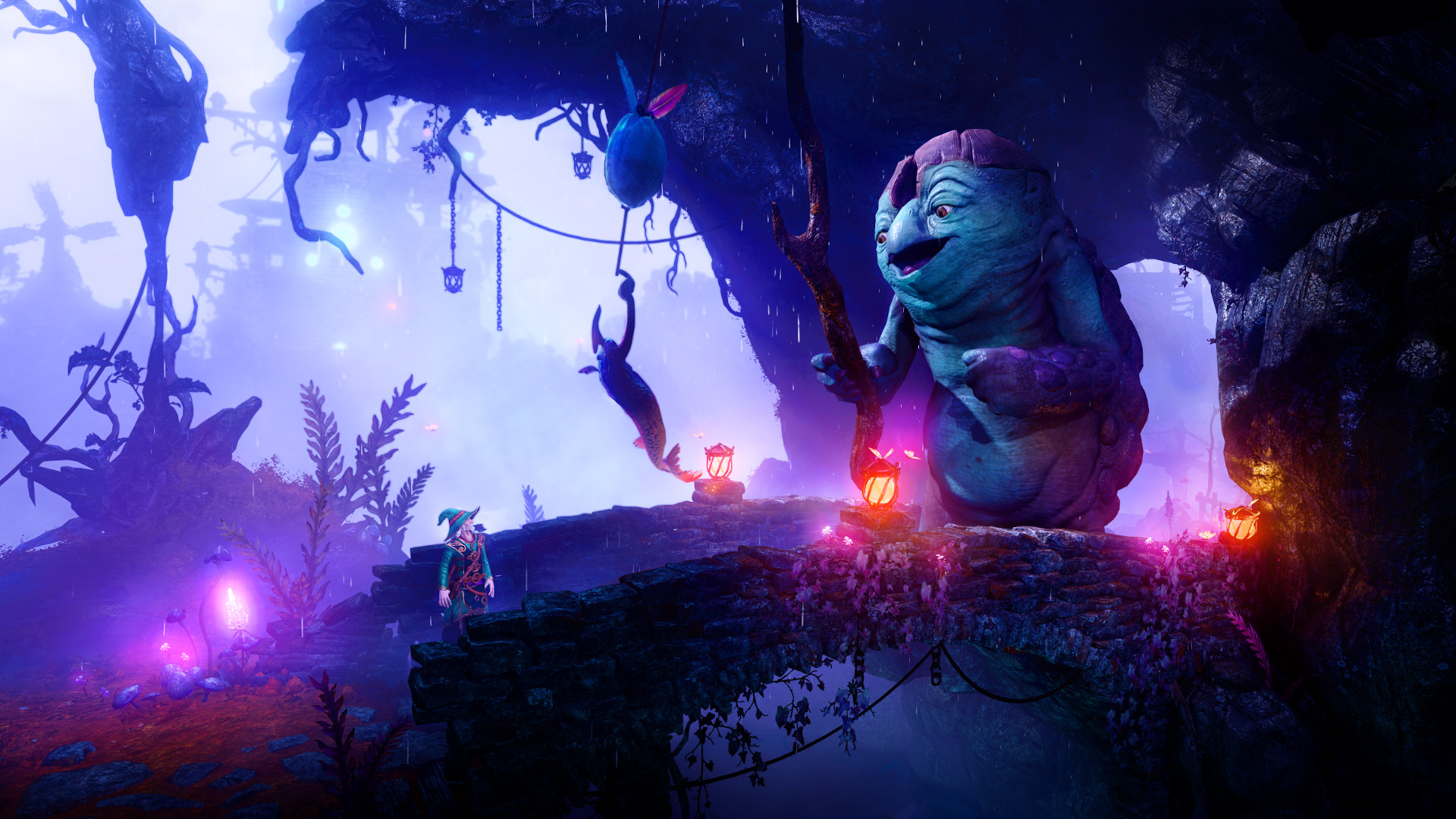 At last, fish stew! Article taken from GamingOnLinux.com.
Tags: Adventure, Editorial
0 Likes
We do often include affiliate links to earn us some pennies. We are currently affiliated with GOG and Humble Store. See more here.
About the author - Cheeseness

I do more stuff than could ever fit into a bio.
See more from me
Some you may have missed, popular articles from the last month:
The comments on this article are closed.
19 comments
Page: 1/2»

Superuser 2 Mar, 2015
View PC info
Wow, that art direction is PHENOMENAL. This game seems like a qualitative leap from the previous two judging by the trailers alone -- and that goes for both graphics and gameplay.

Of course, I am most excited about them finally getting to use their 3D game engine to its fullest. This will likely make many types of puzzle possible as well as acrobatics, as seen in the Zoya clip of the trailer.

The animation is particular seems much improved, and I see Pontius has several new moves up his alley. Hopefully combat won't be... overly easy and/or boring this time. :) But seriously, the combat was the only thing lacking in the last games. If that's fixed, it will be a near perfect puzzle-platformer experience.

All in all, I can't wait to go on this next adventure from Frozenbyte... for the fish stew!
2 Likes, Who?

View PC info
Oh wow. Impressive how they managed to change the gameplay perspective and still remain that distinct Trine feel. Several of the sequences we see are in fact still "2.5D"'ish only from a different angle, but that's just awesome.

I'm just so totally getting this one.
4 Likes, Who?

View PC info
Just made my day. Trine is a fantastic series.
2 Likes, Who?

Would even pre-order the game if it as day 1 Linux support!
0 Likes
AndyMcDandyCDN 2 Mar, 2015
Although I still have not finished the first two, I can say that I will be more than happy to purchase the third.
1 Likes, Who?

View PC info
I haven't even played the first one yet. I have some catching up to do!
0 Likes

Quoting: subBTW, what about Splot?

View PC info
Gorgeous!
I like all those colors.
0 Likes