The Ultimate Nerd Game or TUNG for short, is a first-person sandbox game about building intricate machines and it made me feel so very dumb.

If you loved Minecraft's Redstone circuits or anything remotely similar, this is probably a free game you're going to love. For me, it was an exercise in frying my brain like it's in a microwave.

Check out their trailer for the most recent update: 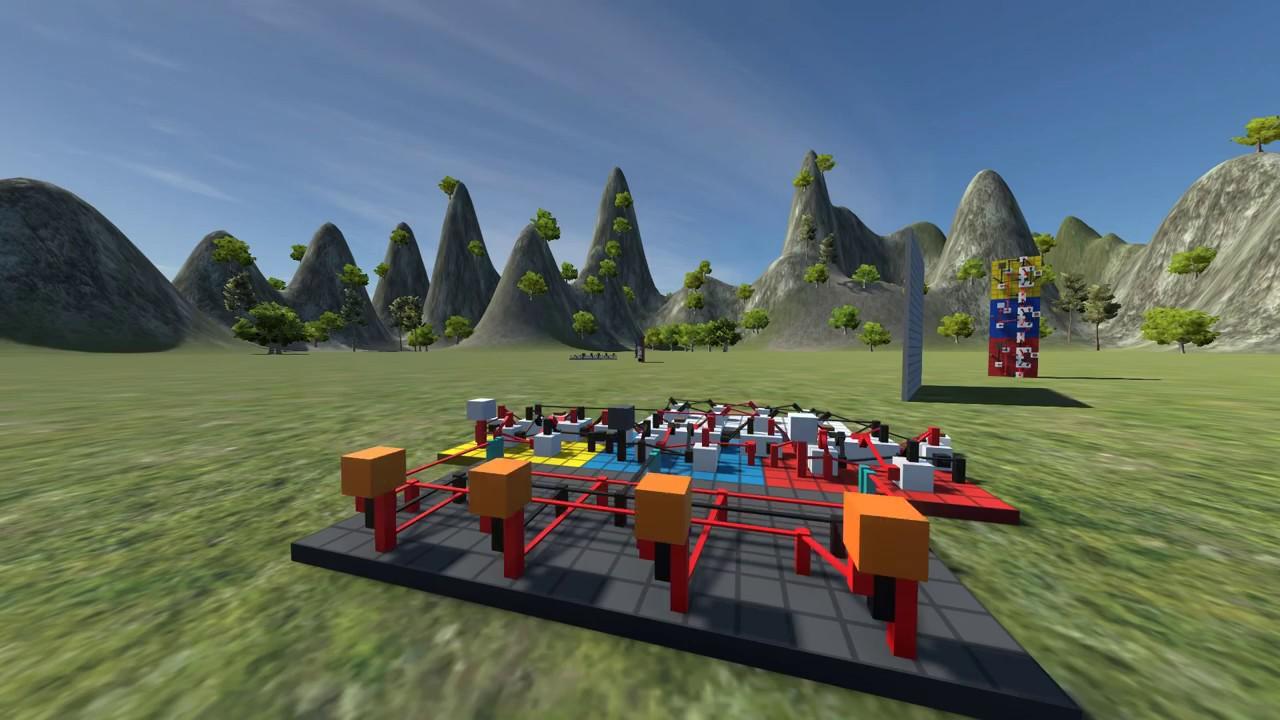 Shout out to the people hassling me about covering this in the GOL Discord Channel. I was told "it would be sin not to cover it". Also "here is a logic gate liam likes - NOT(educational)"—you're extremely NOT(Funny)—am I getting it yet?

It comes with a demo level you can load, which allows you to walk around and look over some basic examples. Towards the end, the developer notes that you can create incredible machines like calculators, video players and even full computers—blimey!

Well, it's no computer, but here's what I spent an unfortunate amount of time on: 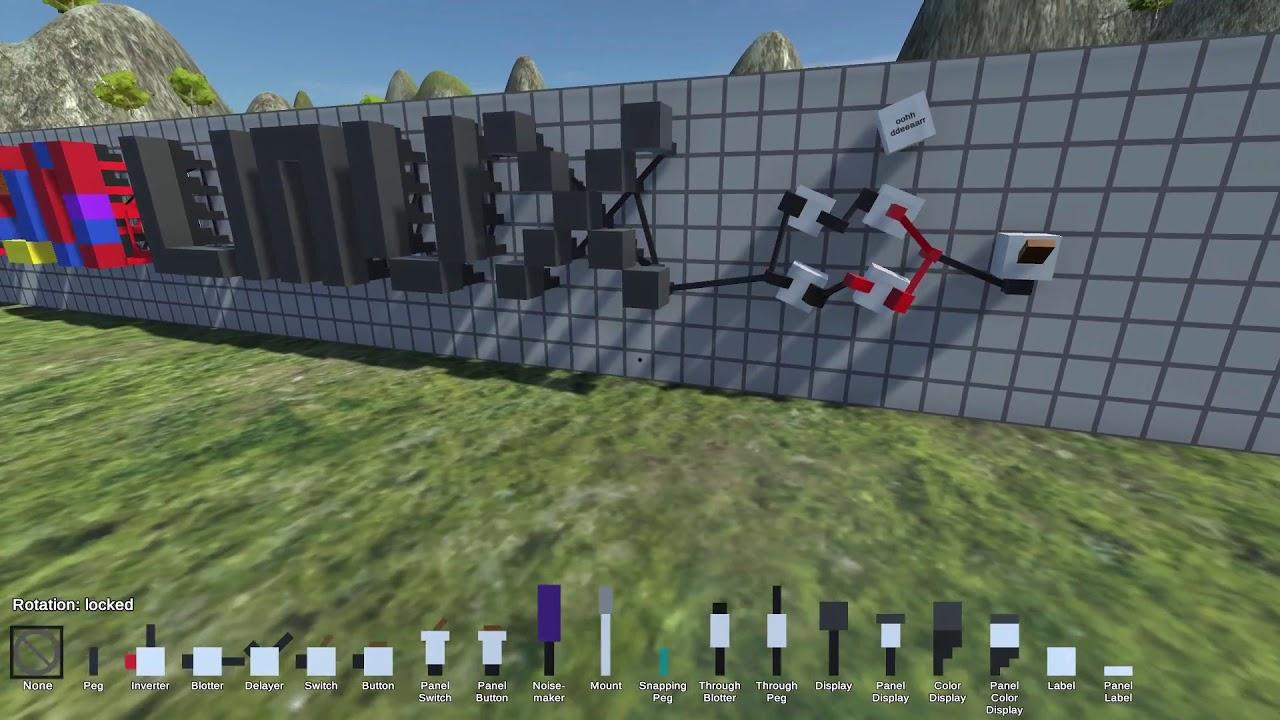 The only issue I came across, is that they're using an older version of the Unity game engine, which has the double character input bug, so leaving messages to myself ended up as "iiddiioott" and it made the movement a little odd here and there.

You can find it free on itch.io, well worth a look especially nice since you don't pay a penny. It's been a while since it had an update, so hopefully they're still working on it as it's a fun idea. There's also a multiplayer mod, but I haven't tested that. Update: The developer noted in our comments that they are indeed still working on it.

If you make something fun, do share it in the comments, I would love to see what you can cook up.

Article taken from GamingOnLinux.com.
Tags: Free Game, Indie Game, Sandbox, Simulation, Unity
13 Likes, Who?
We do often include affiliate links to earn us some pennies. We are currently affiliated with GOG, Humble Store and Paradox Interactive. See more information here.
About the author - Liam Dawe

I have one recommendation when starting the game. Start it with the following command.
LANG=C ./The\ Ultimate\ Nerd\ Game.x86_64
Otherwise if you have strange locals like me ;-) it can happen that TUNG writes invalid json (it's preferred way to save settings and other stuff).
If you have already started the game without changing LANG and demo level does not work. Do not worry just delete "~/.config/unity3d/Mouse Hat Games/The Ultimate Nerd Game/" and start it again with LANG=C.
2 Likes, Who?
Purple Library Guy 16 July 2018 at 8:27 pm UTC
A game called TUNG that twists your brain. So it's a . . . TUNG twister.
5 Likes, Who?

Purple Library GuyA game called TUNG that twists your brain. So it's a . . . TUNG twister.

Ok, that's it. Henceforth you shall be known as Punny Library Guy.
2 Likes, Who?

View PC info
Dev is working on 0.3 and has been doing so for few months already. That's the reason behind the lack of updates recently.

Also my precious creation: https://youtu.be/czoeQtAg4Ec (Bad video quality but gets the point across)
3 Likes, Who?

View PC info
Ah, fun with gates. Brings back the time I was building stuff in my FPGA.
0 Likes

Hello, I'm the developer of TUNG. Thanks so much for covering my game! I am absolutely still working on it. You can sign up for the email list to know as soon as there is news of future updates

IamsodarncoolHello, I'm the developer of TUNG. Thanks so much for covering my game! I am absolutely still working on it. You can sign up for the email list to know as soon as there is news of future updates

Fantastic news, thanks for stopping by! I've made sure to add a note of that in the article text and I should now be on the mailing list.
1 Likes, Who?