Turn the red planet green in Surviving Mars: Green Planet out now, along with the Armstrong free update 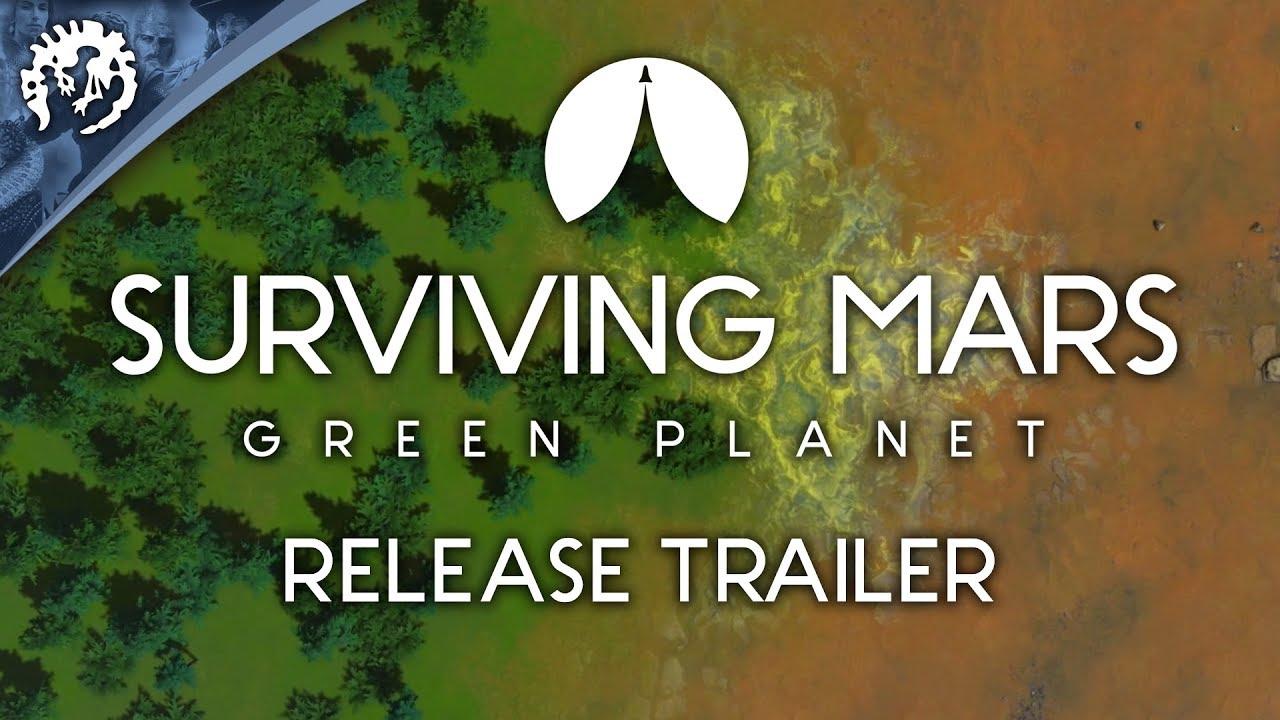 Ready for information overload? There's a lot to take in considering how much they've released today. Here's a little breakdown of what everything includes, starting with the free content update everyone will get the ability to do a little landscape gardening with some fun new tools. There's new special projects, new buildings, 20 new events and a revamped research interface. So those who don't pick up the DLC, still get quite an improved experience.

What do you do when you're on one side of a mountain and everything you need is on the other side? Grab a shovel (or an RC Commander, whatever) and make yourself a nice ramp right through it of course (click to enlarge): 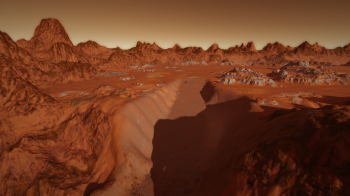 The landscaping tools are quite simple but they sure do get the job done, just ensure you have plenty of Drones ready or it will take a long time.

Then there's the large paid Green Planet expansion which includes some massive features like terraforming, allowing you to spread seeds across Mars and help change the atmosphere. This of course comes with new research, new buildings, special projects to undertake and if you mess up—climate calamities.

Finally, the Project Laika paid DLC allows you to breed animals on Mars including Cows, Chickens, Pigs, and more. It also allows your colonists to have pets, although some are a little unusual like llamas, penguins, and platypuses. If you manage to get your planet green enough, you can watch them wander around too which sounds pretty sweet.

To be honest with you, with everything that's new I've been a little overwhelmed. I've enjoyed Surviving Mars a lot since the first release and since I was given pre-release access to Green Planet I spent tons of time just taking in the atmosphere. While the landscaping tools are quite simple, they do again open things up a little more. Being able to cover-up lots of dips has been extremely useful for building space. How far they've been able to expand the idea is pretty awesome and this does give you a huge amount more to do. It's more exciting overall, tons more to work towards and now it feels like a really full game.

Also, another shout-out for the seriously fun photo mode, you can make some really awesome looking pictures from your colony (click to enlarge): 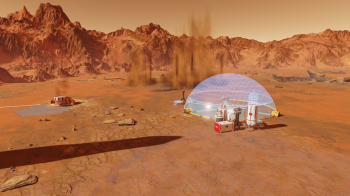 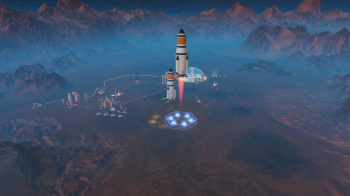 The terraforming has begun, we officially have our first bit of Lichen taking hold of the red planet. Soon, we shall turn this barren wasteland into a shining uptopia. Well, that's if my colonists would stop getting addicted to things and dying, that would be nice. I try to provide everything for them, although we don't talk about the dark winter of Sol 40. 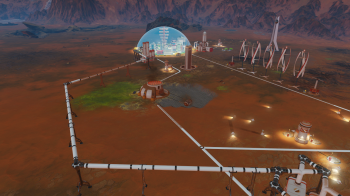 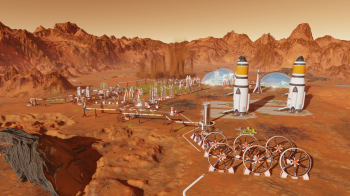 Far more exciting is the first time seeing rain and filling up a lake, I felt like a god: 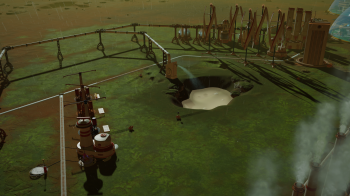 Actually getting to even that stage though, will take some time. We're talking a great number of hours, but by that time your colony has so much going on you don't really notice how much time has leaked into space. That's especially true, if you don't get your research done in the right order, as it's easy to get distracted by new discoveries. You will often find you need X, which needs Y but for those you need to research A, B and C so it all goes in a little loop.

I will note that I did have it crash on me, until I disabled the extra zoom mod I had installed from the Steam Workshop. If you do have issues, ensure you check over the mods you're using as some may need updating for this release. Once that was sorted, it was smooth sailing for a great many hours, I really couldn't help myself.

Thanks to all the new stuff to play with, I've had rarely a dull moment with it. From a few minutes into my landing my water pipes were hit by an asteroid, then some strange stuff starting blasting up through the surface, I made many breakthroughs and it's been really fascinating to play through. There was also a time an unidentified rocket wanted to land, I remained cautious and let it sit up in space and observe it for two days before letting it land. Good thing I waited too, it had diseased crops onboard, someone was obviously trying to ruin my food supplies but I dodged a bullet there.

It's also free to try for a few days on Steam.

View PC info
Fortunately the friend who bought me the game for Christmas had the foresight to include the Season Pass. It really is the gift that keeps on giving. :)

Un-fortunately all the new terraforming stuff doesn't work with existing saves, so as you say, it's going to take hours before I get to that stage. Nice problem to have though, I suppose.

Man, I was so wrong about this game before its release. Haemimont really knocked it out of the park.

View PC info
It's gonna be a rainy weekend, so I know what I'll be doing! I'm gonna take advantage of the free weekend. Buying the First Colony Edition is very tempting.
0 Likes

View PC info
I took advantage of the free weekend to try it. I've been vaguely aware of the game's existence since it came out but never looked that much into it until my housemate started playing it and suggested I'd like it. Now, after a solid 10-hour play session, I've bought the First Colony Edition bundle for what feels like a steal, and can't wait to try out the actual terraforming stuff. :)
1 Likes, Who?
While you're here, please consider supporting GamingOnLinux on: