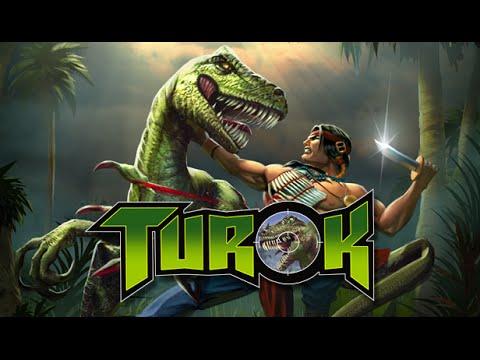 View PC info
Oh man, this will be amazing. I remember it was tough as balls back in the day, thanks to getting lost in the levels... But it was also amazing. :P
0 Likes

View PC info
I remember this game from way back in the day on the N64. I never really got what the hubbub was about, I thought it was okay, but a lot of people have fond memories of this game so it;s cool those folks will get to play it again on Linux and scratch that nostalgia itch.
1 Likes, Who?
Moonman 19 Dec, 2015
If Turok 2 comes out for Linux, I'll freaking buy it without hesitation.
I tried this enhanced port of the first one on Windows, and it runs wonders.

titi 20 Dec, 2015
View PC info
That games like this are still under copyright protection is simply madness. Current copyright laws do not fit to the modern world!

Beside of this turok was was a great game back in last century when the first 3d hardware came up.
0 Likes
PublicNuisance 20 Dec, 2015

View PC info
This is awesome news. Not just for Turok but also because this same studio will be handling System Shock 3. If they are willing to port Turok to Linux then it gives us good odds that they will do the sdame for SS3.
0 Likes
While you're here, please consider supporting GamingOnLinux on: