Here's how the developer describes their game:

Here's a few minutes of gameplay: 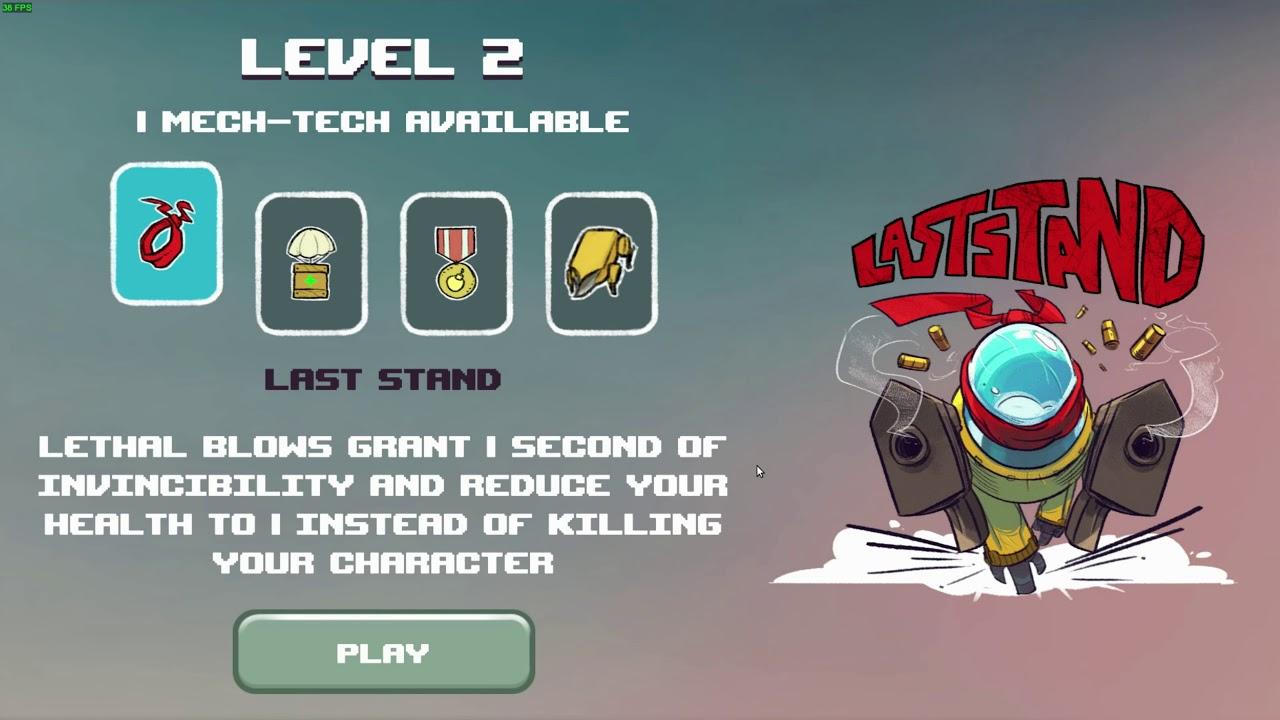 I'm still confused what killed me there. Playing it back frame by frame and I don't see anything hit me. I went from three health down to one while nothing hit me and then I suddenly died.

Overall, it's not bad at all. I do like the fog of war system, which certainly makes a twin-stick shooter quite unpredictable and it can make it quite difficult too. It doesn't take long before you end up with tons of enemies and it ends up as a bit of a bullet hell. What's interesting, is that there's enemies running around that actually spawn more enemies as well as turrets, meaning if you don't take them down quickly you're in a spot of trouble.

On top of that, you have to watch your ammo reserves too. Numerous times I've managed to feel like I'm really getting somewhere, only to run out of ammo at a crucial time. You do thankfully have a melee attack for when you find yourself in such a spot with spinning blades—which I'll admit is pretty cool.

It could be quite an interesting game when it's further developed, it's quite early days for it yet. They're currently estimating it will leave Early Access in December this year. Already pretty good and challenging, will be fun to see this progress.

We do often include affiliate links to earn us some pennies. We are currently affiliated with GOG and Humble Store. See more here.
About the author - Liam Dawe
I am the owner of GamingOnLinux. After discovering Linux back in the days of Mandrake in 2003, I constantly came back to check on the progress of Linux until Ubuntu appeared on the scene and it helped me to really love it. You can reach me easily by emailing GamingOnLinux directly.
See more from me
Some you may have missed, popular articles from the last month:
The comments on this article are closed.
1 comment
kevci 22 Nov, 2018
Hi there!

Thank you for giving Moss Destruction a spin and taking your time writing about it!

As I can see in the footage, what sadly caused the death of the mech back there was merely the use of the Mr Beam weapon - the heavy laser beam at the end. We later realized that because of some unwanted code the weapon caused damage to the player while shooting. We have meanwhile corrected that mistake.

During the time that has passed, we made many changes to the game, ever balancing it towards a more complete gaming experience. Overpower on enemy side was one of these thing, the game is now easier, though still not a piece of cake to conquer. Ammo resources have been also replenished and we added an option to choose the Supply Drop Mech Tech with each new rank if the player feels low on ammo or health when finishing a level. There are also ways now to upgrade your handy Sawblade melee attack, making it even stronger.

But most importantly: we have introduced an in-game shop, where the player can constantly upgrade the playable characters by purchasing various active, passive or global skills. To buy these so called "cartridges", the player has to spend "Krysol", the unique currency of Mossoria, which can be obtained mainly by slaying enemies and completing special actions, like multikills and combos.
Also, the game got a brand new look to it, adding new background and splash images.

As you can see, lots of things have happened in the last few months and we would be truly thrilled to know how you feel about the game now after giving the current build a try :)

Best,
Kevci
of the Shotgun with Glitters Team


Last edited by kevci on 22 November 2018 at 3:55 pm UTC
0 Likes
While you're here, please consider supporting GamingOnLinux on: