While it's a nice addition, it does require you to have played the game for a while first. You're not actually able to access it, unless you've gained at least one star in the third hospital. If you've already done that, you need to load you campaign once for it to show up.

It's not exactly a sandbox in the way you might think, you don't just get given a blank lot to build up your hospital. Instead, you can pick from one of the existing locations and do basically whatever you want there. There's a number of options to tweak and eventually you can start building and keep going forever: 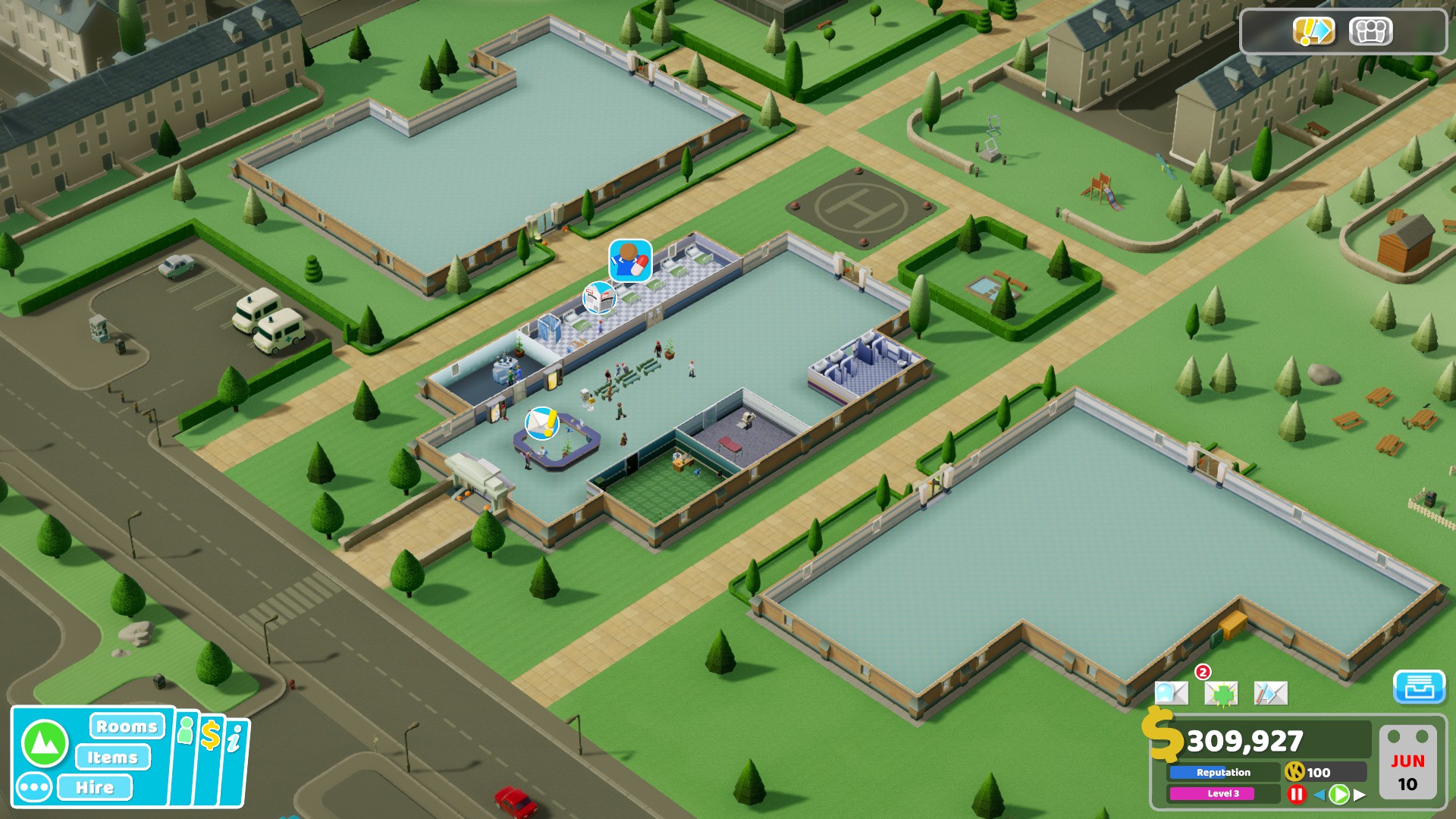 You also now have the ability to specify diagnosis or treatment for rooms that can handle both, they've added a visual effect for projector in Training Room along with various bug fixes.

I'm keen to see what else they add to the game. I do like it rather a lot, with some especially good humour.

Article taken from GamingOnLinux.com.
Tags: Humble Store, Simulation, Steam, Strategy, Update
4 Likes, Who?
We do often include affiliate links to earn us some pennies. We are currently affiliated with GOG, Humble Store and Paradox Interactive. See more information here.
About the author - Liam Dawe

I first confused it with the above Two Point Hospital, but it's a different game.
1 Likes, Who?

I first confused it with the above Two Point Hospital, but it's a different game.

Yeah, will be getting to that tomorrow, need more time with it.
1 Likes, Who?