Tyranny gets a massive patch, an event pack and has an expansion teased

By BTRE - 13 June 2017 at 4:08 pm UTC | Views: 8,504
The CRPG set in a world where evil has almost completely won has gotten much love today. In addition to the new content that you can play right now, plans have been detailed about a major expansion due sometime later this year. 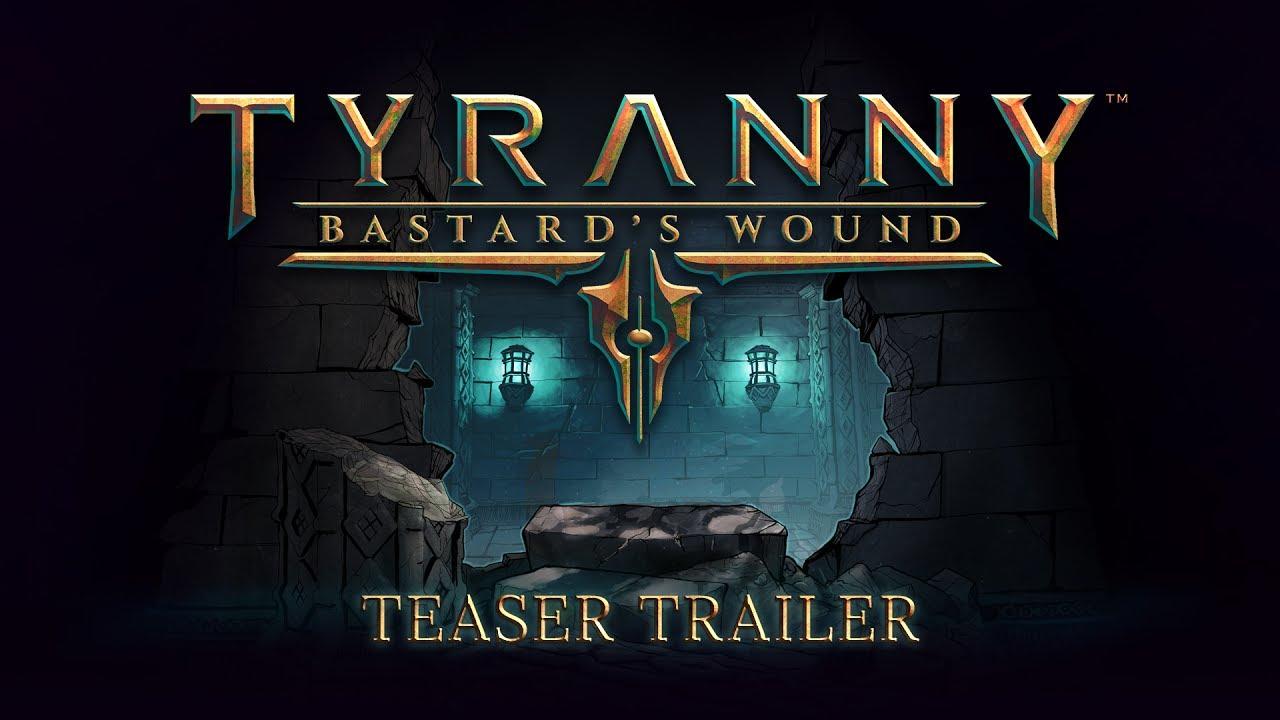 YouTube videos require cookies, you must accept their cookies to view. View cookie preferences.
Accept Cookies & Show   Direct Link
Tyranny [Official Site] was one of my favorite RPG experiences of last year and it’s great to see that it hasn’t been forgotten by its developer. It blended compelling storytelling with a real sense of freedom with choices and in our review, Liam and I had things develop in very different ways. It’s a game that used its darker setting well, letting players to define the law or manipulate it for whatever ends they pleased.

The big patch today added a lot to the game. Some of the highlights include a New Game+ mode, changes to training mechanics and combat. Loads of balance changes and bugfixes are also in the patch and the launcher for Linux has also been made 64 bit.

A minor DLC has also been released today, called Tales from The Tiers. This is being marketed as an “Event Pack” and focuses on world building more than anything. There are new random encounters, which may lead to quests, as well as ample opportunity to learn more about characters and the world through new vignettes. It’s not exactly meaty by any means but, combined with the New Game+ mode, is probably sufficient excuse to give the game another go if you’re starved for more of the game.

Lastly, a more sizable expansion has been announced with a release date sometime later this year. Tyranny: Bastard’s Wound will offer a major new quest line set in a new region of the world. Not only will the Fatebinder have to make decisions that affect the lives of many, but there will also be new chances to get to know more about your companions and reap the benefits of their service. It promises more voice acting and an all-new path to a previously-unseen ending to top it all off.

The only real gripe I had about Tyranny was the abruptness of the ending, which felt like it was meant to set up a sequel further down the line. It’s an otherwise solid game with refreshing ideas which was good at making the player feel like their actions have unique and tangible consequences. I’m excited to see how the story and new content all comes together. Article taken from GamingOnLinux.com.
Tags: DLC, GOG, Humble Store, RPG, Steam, Teaser | Apps: Tyranny
4 Likes
Share

View PC info
about an hour ago I read their tweet about Tales from the Tier, but did not see any news for an expansion. I am very excited about this and New Game+. Give the game another play through before the expansion is released. Makes me more likely to grab the event pack.
0 Likes

View PC info
Started but never finished the main game ...
In hindsight , as a n00b , rolling a spell caster on my first playthrough might have been a mistake
1 Likes, Who?

View PC info
The base game is 50% off on Steam for a couple days. Tempting, but then the summer sale is coming... decisions, decisions...
1 Likes, Who?

View PC info
You know, I'm glad to hear people still finish games! I won't let myself buy another RPG until I finish the one I'm very slowly playing through right now.
0 Likes

View PC info
Sounds awesome, too bad I do not have the CPU for it :< minimum req is quite beefy actually. For no reason. I wish they used infinity engine.
0 Likes

Quoting: buenaventuraSounds awesome, too bad I do not have the CPU for it :< minimum req is quite beefy actually. For no reason. I wish they used infinity engine.

Really? You must have a pretty old CPU. I played Pillars of Eternity (same engine) on a 1.9Ghz Intel i5 laptop from 4 years ago, with a weak HD4000 iGPU and was able to play it fine. The laptop ran pretty hot, but was otherwise Ok.

Their engine is MUCH more visually attractive than the old infinity engine (I've been playing the enhanced editions recently)...it's really very pretty. There's no need to look back!
0 Likes

View PC info
And Steam has censored the DLC's name in comments!
0 Likes

View PC info
just bought this, by the comments looks like i did well
0 Likes

Plintslîcho 15 Jun, 2017
View PC info
Interesting news. Tyranny being on sale currently on GOG.com was tempting. But with these news now about an upcoming expansion I'll rather wait for its release.

I still have to finish Pillars of Eternity and am a backer of Pillars of Eternity 2. No need for me to add another, similar RPG at the moment to my evergrowing library of games that I'll never by able to play -- let alone finish -- anyway. (First world problems.)
0 Likes
1/2»
While you're here, please consider supporting GamingOnLinux on: