Ultraball, a free multiplayer sci-fi action sports game will be coming to Linux

Are you a fan of games like Rocket League? Ultraball [Steam] might be your game. A free multiplayer sci-fi action sports game with players wearing robotic armour. The description alone tickled my interested and after watching some early footage, I feel like I need to play it. 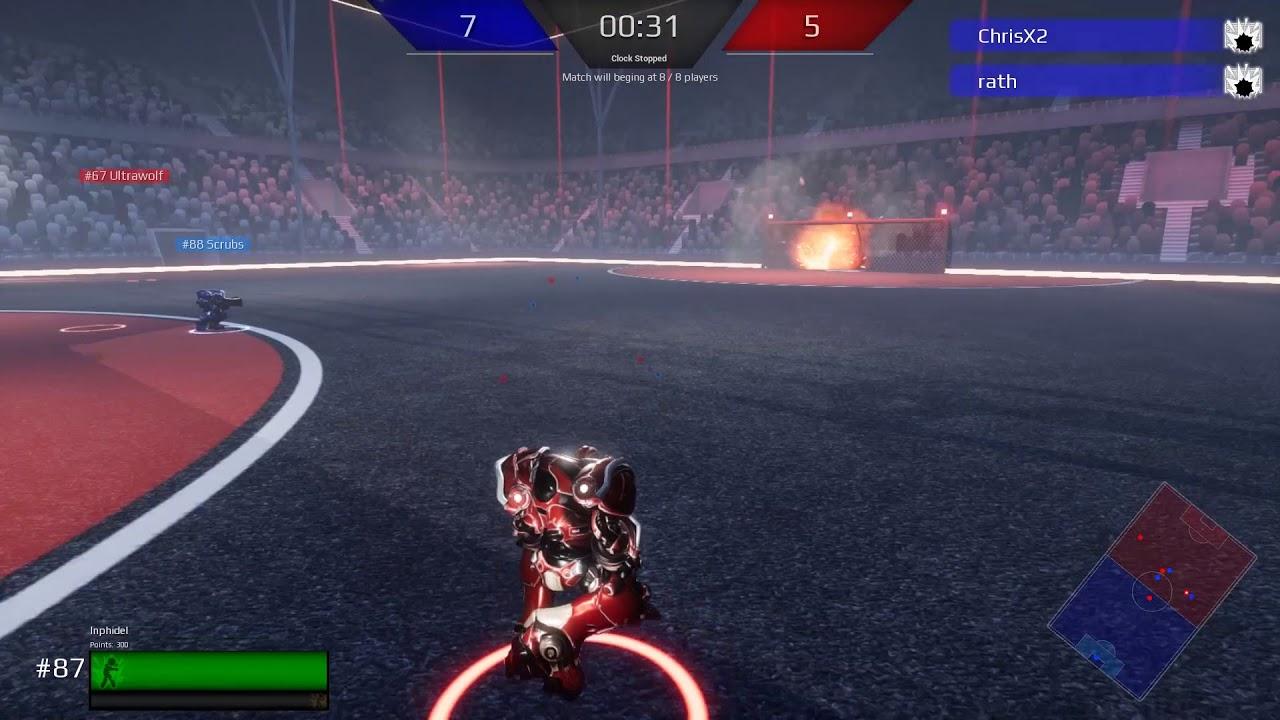 It does have a certain Rocket League feel look about it, but it's actually inspired by Supraball and it's predecessor Deathball. It certainly looks like a game I would enjoy, as I'm sure many of you would, so I reached out to the developer today to ask a few questions about it.

Firstly, they confirmed to me that it is going to be releasing for Linux, so that's the main thing of course. They're also interested in finding more gamers to help test their builds, so do join their Discord if interested in that.

They're unsure on how they will monetise it currently, as it's a "passion project". It's possible it may have cosmetic items for purchase (which is fine by me), but they don't want to go down the route of loot boxes like everyone else.

They're looking to release it on June 28th. I'm going to keep a very close eye on this one, could be a sleeper hit on our hands.

View PC info
It reminds me of some other games, such as speedball 2: tournament, for example, or blood ball (none of which are on Linux, sadly, so hopefully this will fill the niche).

Quoting: MayeulCIt reminds me of some other games, such as speedball 2: tournament, for example, or blood ball (none of which are on Linux, sadly, so hopefully this will fill the niche).

Unreal Tournament is not id's though. It belongs to Epic.
0 Likes

Quoting: MayeulC(be sure to add the ut collection to your wishlist, so that id can see there's a demand for it on Linux !)

i think you're confused, Unreal Tournament has always been a game from Epic Games, makers of the Unreal Engine.

Quake is from id software.
0 Likes

View PC info
Right. I always mangle epic and id in the context of older franchises, for some reason. And for once I didn't bother checking, and got it wrong. Shame on me ^_^

The ball in this game seems a bit more brutal than typical, though. I will wait until I can refresh my computer before playing this, but I will surely give it a go!
0 Likes

Hey, yes of course it does. Supraball is from the original creators of Deathball.

Ultraball is based of its own spin on Deathball which was far more arcade action fun where jump in and out of servers was possible for a great time where Supraball dived deeper into becoming an esport first and video game second.

There is similar look but different vision at work.

Hope you check it out :)
0 Likes
While you're here, please consider supporting GamingOnLinux on: