Underworld Ascendant still heading to Linux, sounds like it won't be too much longer

Despite releasing to negative reviews from users and critics, OtherSide Entertainment and 505 Games seem committed to fixing it up and gave an update about the upcoming Linux support. 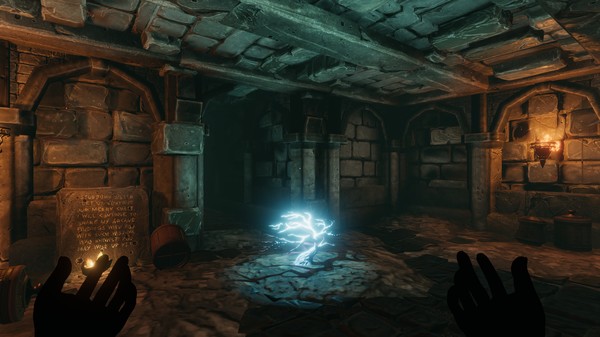 In regards to the bonuses they offered to players who purchased the game early enough gained access to bonus items and creatures, talking about this on Steam they said "we may re-offer the week 1 bonus creatures and map for Mac/Linux once those versions are available anyways" which is good to know.

Back in November, they said it would be 1-2 months for Linux support to come in and it sounds like they're mostly on track with it. Sharing an update yesterday on Steam, they said:

Adding onto this, we're syncing up this week with our engineering team inhouse and 505 to see what our pipeline for Mac and Linux playtesting will be. For people who have already applied at support@otherside-e.com , we DO have your email and OS listed, and should be reaching out later this week once we have a schedule.

We're working on Update 2 right now, and Mac and Linux playtesting should follow shortly after those systems are locked down and we start to QA it.

They recently overhauled the saving system available, so that you can now save pretty much anywhere in the game. Sounds like quite a few people are happier with it now and I'm not surprised. I'm never a fan of restrictive saving mechanics in such games, as it doesn't feel rewarding to explore them.

The next update due is going to improve AI and Combat some more, make quests more interesting, improve performance and so on. Linux support should come after that in February/March going by what they're saying.

View PC info
Aren't 505 Games the same ones who reneged on their promise to make a Linux version of Bloodstained? Be sure not to hold your breath.
1 Likes, Who?

Quoting: NezchanAren't 505 Games the same ones who reneged on their promise to make a Linux version of Bloodstained? Be sure not to hold your breath.

They're only the publisher and dropping support isn't always down to them remember.
0 Likes
DMG 3 Jan, 2019

View PC info
I don't really care about "mostly negative reviews" metric. But some examples of what is actually wrong with it could be useful :) Good to know they improved saves mechanics. I'm a backer, so still waiting for GOG release anyway.

View PC info
I really hope that Otherside does well. I'm not interested in this game, but I'm looking forward to System Shock 3.
0 Likes

View PC info
Hey, it's fine if a game starts out negative.

As long as they are committed to making the game successful, it'll get there.
1 Likes, Who?

View PC info
"Mostly Negative Reviews" can turn me away from a game; but that is not guaranteed. In the same manner that I do not always trust "Mostly Positive Reviews." I do use it as a rough estimate, but not the whole story in either case.

I try to actually look at some of the reviews before I make a judgement in either case. I try to judge a review based on how it is written and any insights they give me into the gameplay. I tend to ignore any review with only 2 or 3 words like "Game Sux" or "Just buy it"; on the other hand, well written reviews mean more to regardless of whether or not they are positive/negative. But if they have the look of being written by a 5 year old with horrible spelling and/or grammar, I tend to ignore them. (Even this is not always a immediate ignore, I will allow some leeway in this regard if it appears to be someone that does not speak the English language regularly.)

Though, there is one case in which Mostly Positive Reviews did actually make me buy a game, and I am happy that I did. It turned out to be on of my favorite games, Factorio. I had seen the game pop up on various lists and recommendations on Steam and Humble Bundle, but honestly I saw the trailer and was like "what kind of pile of garbage is this?" (It was the original trailer from 2+ years ago.) Then one day it was in my Steam Queue, and my mouse hovered over the Mostly Positive, and it said 99% positive reviews. Most people are more likely to be motivated to write negative reviews than positive ones, so I was shocked that so many took the time to write positive reviews. A few days later I noticed that one of the (very few) streamers that I followed did a let's play on Factorio so I watched it. I liked what I saw and ended up buying the game... I have enjoyed it ever since.
3 Likes, Who?
While you're here, please consider supporting GamingOnLinux on: