Unforeseen Incidents, a point and click adventure from Backwoods Entertainment and Application Systems Heidelberg released recently and it's really quite good.

It often takes me a while to get into point and click adventures, although I can never really put my finger on why. It's quite rare for my attention to be so immediately focused but Unforeseen Incidents really does pull you right in. It's not just the striking hand-painted art style, but the near-perfect voice acting that makes it really quite an experience. 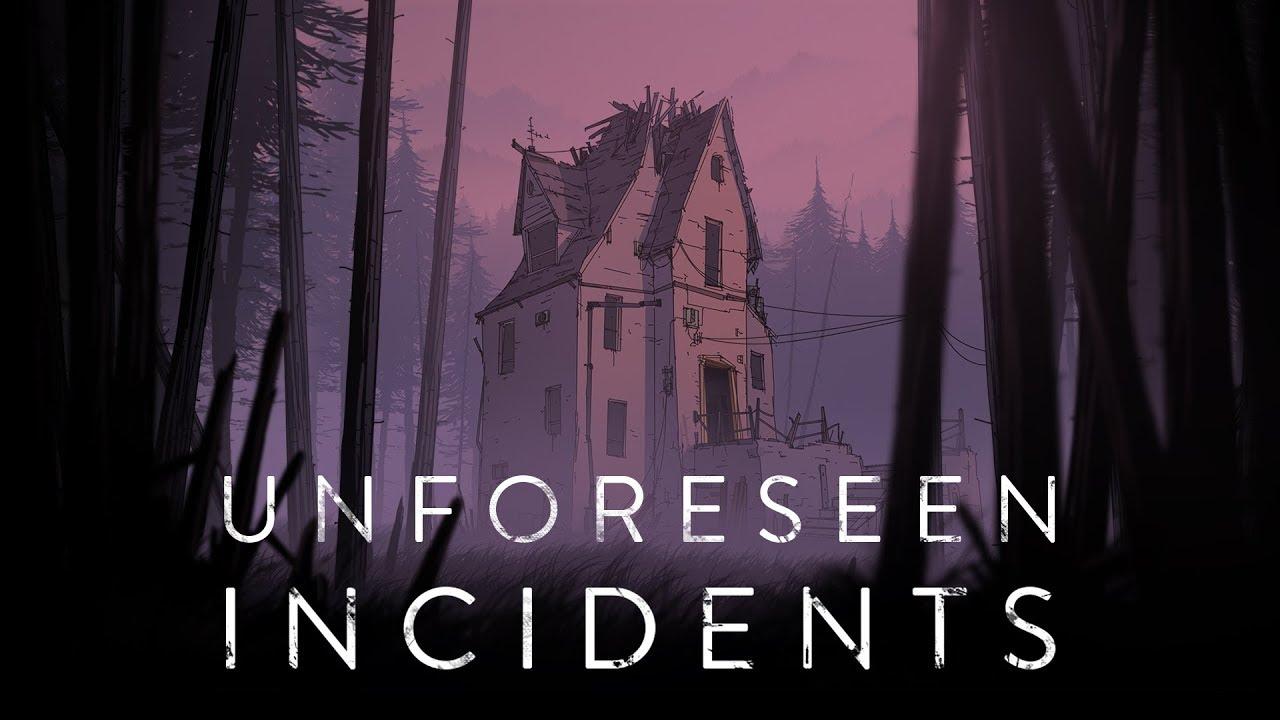 I couldn't help but giggle at the mouth animations, it's done so simply and when the camera zooms in it's brilliantly amusing. Not in a bad way, it just tickled me for some strange reason.

As for the story, it follows the outbreak of some sort of disease happening in Yelltown, a particularly nasty disease as you rather quickly find out that causes a rather long list of symptoms. Soon after helping out a friend, you discover someone covered in blood and dying in the street who appears to be infected. Grim, but the dialogue between you and the professor soon after brings the light comedy once again.

I think that's why I like it so much, it has a grim story to tell, but it's often done in a lighthearted way while keeping the story mysterious enough to make me want to keep following it.

It has the traditional features like a hint system to show what you can click on, along with a double click to hastily move between scenes without watching people slowly walk around and so on. One thing I will note—turn down the music a bit, as it does sometimes become a bit too loud while characters are talking.

It's engaging, it looks incredible, the voice acting is seriously good, it's funny and you can grab it from Humble Store, GOG, Steam.

View PC info
Thanks for the review. Made me push the game much closer to the top of my wishlist.
0 Likes

I wish the trailer had subtitles, but for the most part it was understandable, at least. Hopefully the game does have subtitles. If it’s super easy I might buy it (I’m always stuck early in typical p&c games).
0 Likes

Eike 30 May, 2018
View PC info
This was actually the first game available in my native language (German) where I was tempted to have subtitles enabled, as they've implemented them as comic speech bubbles. It so much fits the comic style. (How could you call that style? It's not the cute one... But I guess "adult comic style" would trigger the wrong associations?)

The difficulty is medium, I'd say. It didn't yet keep me for longer times from advancing in the story. What I liked about the puzzles is that they're often on a technical side, like repairing a car, triangulation, making fire and such.

Overall: If you appreciate the visual style, do get it. It's really good.

View PC info
I can't keep my eyes off their rigor-mortis limbs and lifeless faces while they speak; it's like the Bioware effect turned up to 11 X'D
0 Likes

View PC info
WARNING:
I did buy this , and while it starts promising it becomes a BIG let down later on.
Imagine the X=Files with a third agent played by Rob Schneider. That's the idiot you play as.
Let's say that's not a deal breaker.
Well , have i got some BUGS for you.
Clipping through enemy bugs that break the puzzle.
Infinite dialogue loop puzzles.
And best of all autosave bugs. I can only think of it as a bug. You have a gun to your character. Say wrong thing you die. Helpfully the game saves in case you die. NOT so helpful , it starts you off in a no-win scenario. Imagine falling to deatho n spikes then being respawned , but right above the spikes.
Buyer beware. SMH
0 Likes

Eike 16 Jun, 2018
View PC info
I played through game and met none of the bugs you mentioned. Developers have already released a patch for bugs met by others. If you expect a game not taking itself too serious, it's a strong recommendation from me.
0 Likes

Quoting: EikeI played through game and met none of the bugs you mentioned. Developers have already released a patch for bugs met by others. If you expect a game not taking itself too serious, it's a strong recommendation from me.

I encountered the bugs yesterday , not some long time ago.
If it was patched it should not have happened.
0 Likes

The story isn’t very inventive but it works to keep the game going. The characters on the other side are real fun and the voice acting is top notch! That’s what I enjoyed most in the game.

The puzzles are fairly easy and straight forward. I used to play a lot of adventure games but these days I lose patience very quickly so I have to admit that I consulted a walkthrough two or three time to get on. But apart of one puzzle it wasn’t anything that I wouldn’t have figured out myself though if I had just spent more time thinking or trying things out.

I really hope we will see some more games from Backwoods Entertainment and Application Systems Heidelberg.

P.S. Other than the multi-tool still being shown as a hotspot after picking it up I didn’t encounter any serious bugs.


Last edited by Plintslîcho on 17 June 2018 at 4:49 pm UTC
1 Likes, Who?
While you're here, please consider supporting GamingOnLinux on: