Unity is currently doing their Unite 2016 event, and they have talked a bit about more multithreading and enhanced Vulkan support which will come soon.

Unity games have often had performance issues, but hopefully when they are done with their plans for multithreading, this might be a thing of the past:


QuoteJoachim also talked about our work on multithreading parts of the engine, especially the renderer. We aim to get to 100% multicore utilization. In order to improve the performance of all simulation code, we’ve also rewritten our transform component so it can be safely accessed from jobs. With the rewrite, we’ll not only be able to jobify the code but also optimize the transform component’s performance when used only on the main thread.

They also dropped in some info about Vulkan too:


QuoteOur enhanced Vulkan support is also coming soon, which is very exciting news for developers who want to take full advantage of the latest generation of devices, as out-of-the-box testing has shown performance improvements of up to 30 to 60% across all platforms.

They have a post on their forum for feedback on their Vulkan renderer, the Linux builds of Unity do not have it in yet. The Windows and Mac beta editors do, found here.

We also know the Linux developers at Unity have been plugging away at SDL support for us, so that's good too. Improved gamepad support will be nice for Unity games, as well as better window management and hopefully an end to multi-screen issues.

You can watch their entire keynote video here: 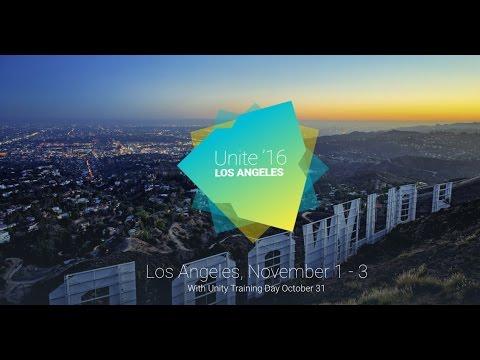 YouTube videos require cookies, you must accept their cookies to view. View cookie preferences.
Accept Cookies & Show   Direct Link
Article taken from GamingOnLinux.com.
Tags: Unity, Vulkan
4 Likes, Who?
We do often include affiliate links to earn us some pennies. We are currently affiliated with GOG and Humble Store. See more here.
About the author - Liam Dawe

View PC info
I'm more and more convinced that Unity is the game engine for the future. They've come a very long way in relatively short timespan, and from what I've seen from colleagues who do work with Unity the editor is really very well made, from a developer perspective.
0 Likes

Quoting: BeamboomI'm more and more convinced that Unity is the game engine for the future.

That's not what we want though. We want several competing engines all pushing each other to innovate. Also we probably want specialized engines for different types of projects instead of one that tries to do it all. Also, free and open source engines like godot for free and open source game projects, but that's another discussion.
3 Likes, Who?

Eike 2 Nov, 2016
View PC info
What would be the address to send cookies to the Linuxers at Unity?
(Na'Tosha seems to be located in Copenhagen?)
4 Likes, Who?

They can export Vulkan, not use it.
0 Likes

GoLBuzzkill 3 Nov, 2016
View PC info
Only thing that Unity works on now is this: https://developers.facebook.com/blog/post/2016/11/01/unity-editor-beta/

Facebook is making Gameroom, which will be bigger than Steam, uPlay, Origin, PS and Xbox together on Day 1 (all Facebook users), it will be more convenient to use by the Facebook slaves and all others platforms will probably decline. Nice job kissing Unity3D ass GoL! They are in bed big time with M$, FB, mobile, and you are still buying their "we support linux" crap.
0 Likes

Quoting: GoLBuzzkillThey are in bed big time with M$, FB, mobile, and you are still buying their "we support linux" crap.

What are you on about? We should not like the progress they make on Linux because they also work on proprietary platforms? Or maybe we should hate them because Linux isn't likely to be their number one priority? Bah. You do the hating, I'm much more interested in gaming.
2 Likes, Who?

Quoting: GoLBuzzkillThey are in bed big time with M$, FB, mobile, and you are still buying their "we support linux" crap.

What are you on about? We should not like the progress they make on Linux because they also work on proprietary platforms? Or maybe we should hate them because Linux isn't likely to be their number one priority? Bah. You do the hating, I'm much more interested in gaming.

Why did you ignore the only situation that Iam aiming at? On purpose? Not number one priority, not last priority, but same priority.
Dont hate just dont promote them, when Linux support == M$, FB, mobile etc. support, then praise them. Call them out on shity engine, Linux specific bugs, bad performance. Them joining some FLOSS foundation, as they did with .Net would be nice. Current situation is Linux users promote them, Linux users pay for inferior versions of games, Unity uses Linux money to develop software for FB, M$ and other proprietary platforms; it is low sum of money (but big sum of PR), we should have principles.
0 Likes

Quoting: GoLBuzzkillWhy did you ignore the only situation that Iam aiming at? On purpose? Not number one priority, not last priority, but same priority.

I didn't ignore it. I just think it's a silly thing to expect at this point, and I didn't think that was indeed what you were "aiming for". I simply countered your claim that they don't really support Linux if they invest more on other, more profitable platforms.
0 Likes
While you're here, please consider supporting GamingOnLinux on: