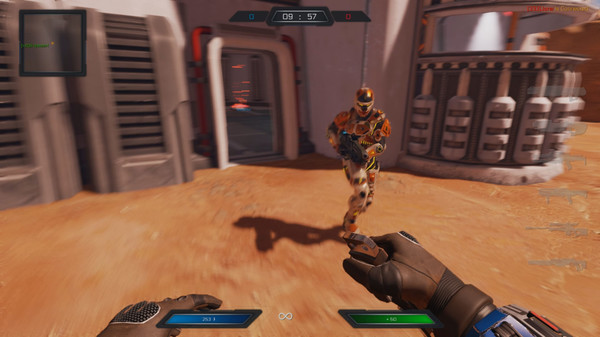 Sadly Storm United has left Linux out in the cold for a month now, but an updated build for all platforms is due this week.

I'm very much looking forward to it, as even at such an early stage it's really fun to play, and we have had several matches with a few GOL fans.

The Linux update was due on Friday, but sadly that release was missed due to lack of time for testing. The new update is going to be massive though, so it will be more than worth the wait that's for sure.

About the game (Official)
Storm United is a class-based multiplayer First Person Shooter that aims to bring top tier fps fun and smooth sensations with the help of our unique procedural physically simulated weapon and camera movements tech.

The game will eventually be free to play, with cosmetic paid-for items. So there won't be any pay to win, and we're okay with that.

See Storm United on Steam, but hold off for a moment until the Linux update is out. Article taken from GamingOnLinux.com.
Tags: Action, FPS, Steam, Unreal Engine, Upcoming
0 Likes
Share

View PC info
I picked this up during the summer sale. Maybe it's a good thing I've waited to play it.
0 Likes

View PC info
I played this game one month ago before they closed the servers for Linux users and think that it will be a great FPS.
0 Likes

Quoting: leillo1975I played this game one month ago before they closed the servers for Linux users and think that it will be a great FPS.

Thanks, I'll wait for the full release and a couple of months in then :)
0 Likes

Quoting: leillo1975I played this game one month ago before they closed the servers for Linux users and think that it will be a great FPS.

Thanks, I'll wait for the full release and a couple of months in then :)

...To be fair, they still one more day.
0 Likes
While you're here, please consider supporting GamingOnLinux on: