As the first in a series of posts giving out more detail on what Valve wanted to achieve with the Valve Index, a new Deep Dive post is up starting with information about the Field of View. Future posts will also be covering Extensibility and Mod-ability as well as Optics and Clarity so we will keep an eye out for those and let you know when they're up.

VR is something that's completely new to me, I've never owned one and the most I've ever tested is about 30 minutes of a Vive in a local GAME store and it was…weird. I want to be convinced, so perhaps the Valve Index will truly sway me over.

As for the FOV post, Valve said their goal with the Index was to "improve the overall fidelity of the VR experience, including visuals, audio, ergonomics, tracking quality, and more". Interestingly, I wasn't actually aware until this post that you could tweak the HMD's lenses distance to your eyes which is pretty handy and that's on top of the slider on top of the unit to adjust the spacing between the lenses. It certainly seems like Valve have made some interesting design choices, to make it as comfortable as possible for many people.

Also, if you missed it, Cloudhead Games put up a video to give some more details on their work with Aperture Hand Labs which might be worth a watch: 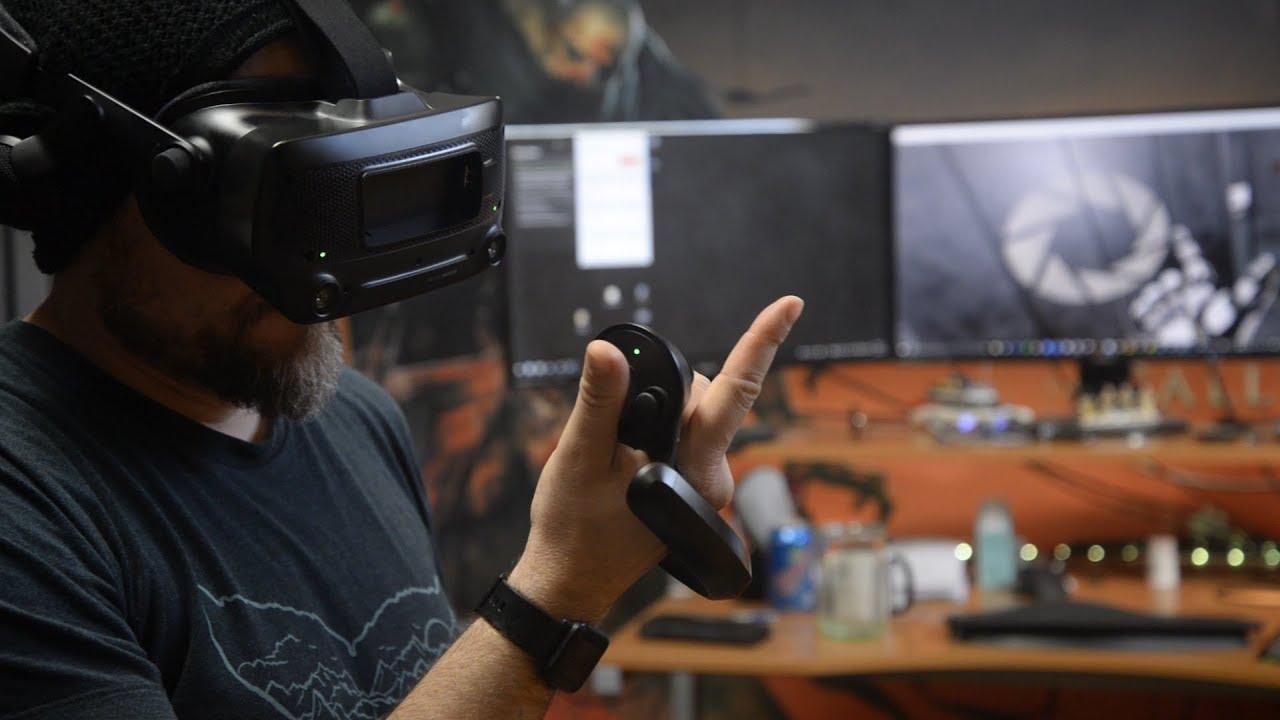 Sadly, I'm not actually sure if we will be able to check it out on the Linux side for those who were curious. Valve originally said we would be getting it, but after previews went up from tons of other sites and YouTubers our emails have gone unanswered on it. It might be a case of it not being ready for Linux just yet or Valve may have just lost our emails, whatever the issue hopefully those who did order it for Linux will have a good time at release. It really is sounding like a good step up for VR hardware, exciting times.

You can pre-order the Valve Index on Steam. If you're going to order the full pack, looks like it won't ship until September 30th currently since they sold-out on the initial batch.

Article taken from GamingOnLinux.com.
Tags: Hardware, Valve, Virtual Reality
15 Likes, Who?
We do often include affiliate links to earn us some pennies. We are currently affiliated with GOG, Humble Store and Paradox Interactive. See more information here.
About the author - Liam Dawe

I am the owner of GamingOnLinux. After discovering Linux back in the days of Mandrake in 2003, I constantly came back to check on the progress of Linux until Ubuntu appeared on the scene and it helped me to really love it. You can reach me easily by emailing GamingOnLinux directly.
See more from me
28 comments
Page: 1/3»

View PC info
oh yes. i am really hyped.
what a shame you cant test it for us fellow linux-users, but maybe the linux-side of steamvr isn't yet optimized for the index. since i have the vive pro i cannot play on linux any more. the vive 1 worked very well (just one or two games didn't work well)
i am really hoping that the index will work again.
1 Likes, Who?

QuoteInterestingly, I wasn't actually aware until this post that you could tweak the HMD's lenses distance to your eyes

That's a necessity though, otherwise the image would be blurry for you. Most PC VR HMDs can adjust the distance of the lenses to match your eye distance, at least I'm not aware of any that can't do it.

Unfortunately I missed that first badge, but I guess I'll get one on the next round. I'm especially interested in the Index controllers (fka Knuckles). Those might be the best controllers for Beat Saber

I just hope my hardware I use for the mixed reality VR stuff can still cope with the higher resolution of the Index etc. But nevertheless, I'm very interested in getting an Index.
2 Likes, Who?
kuhpunkt 19 June 2019 at 11:08 am UTC

That was already a feature on the original Vive

CorbenMost PC VR HMDs can adjust the distance of the lenses to match your eye distance, at least I'm not aware of any that can't do it.

The Rift S at least doesn't have a physical slider

QuoteUnfortunately I missed that first badge, but I guess I'll get one on the next round. I'm especially interested in the Index controllers (fka Knuckles). Those might be the best controllers for Beat Saber

The first badge is being sent out "soon." The status changed a few hours ago.

liamdaweTo be clear, I've not owned any VR headset, so it's all new to me ;)

A VR virgin! Kinda envious to have this moment of "first time presence" again. First time with the Index should blow your mind

CorbenMost PC VR HMDs can adjust the distance of the lenses to match your eye distance, at least I'm not aware of any that can't do it.

The Rift S at least doesn't have a physical slider

Ah okay. But they have a software solution to adjust the distance?

liamdaweTo be clear, I've not owned any VR headset, so it's all new to me ;)

Yeah, I know, that's why I thought it might be helpful to explain what that stuff is needed for, or what might happen if you don't have that adjustment.
0 Likes
kuhpunkt 19 June 2019 at 11:27 am UTC

CorbenAh okay. But they have a software solution to adjust the distance?


Yep. Not sure how well this works, though. Wouldn't buy it anyway

View PC info
It's why I am so keen to try it, I'm not currently convinced by VR at all, especially with the price of the Index. Will have to continue waiting and see what it's like when it's released, especially on the Linux side, I hope they managed to get it nicely sorted.
0 Likes

View PC info
Deep Dive? they don't have the right to call it anything close to 'Dive' until they have some kind of neural interface or at least eeg based peripherals that can not just receive but also send signals. As long as it relies on gimmicky motion controllers, it's gonna be deep fail.
1 Likes, Who?