This is quite an exciting release for Steam Play, as Valve just put out a brand new release of Proton.

It moves the version of Wine used from 3.16 to 4.2 which includes a rather large set of improvements by itself, so it should have quite an interesting effect on what games are now playable. What's especially nice, is that Valve said 166 patches from Proton 3.16 "have been upstreamed or are no longer needed".

There's a bunch of other improvements too like better mouse behaviour in certain games, with Resident Evil 2 and Devil May Cry 5 specifically mentioned. Networking fixes made it in for NBA 2K19 and NBA 2K18 as well.

Controller/Gamepad duplication in games that use SDL2 like RiME should also be fixed, which I am sure many will appreciate as decent gamepad support could be something to make or break Steam Play. Any small hassle that gets fixed, is welcome.

As always, you can find the changelog here.

Do note though, Valve developer Pierre-Loup Griffais said on Twitter that you will want to install it manually from Steam's "Tools" area. Griffais said "That process is supposed to be automated, but there is currently a bug with games that use another redistributable".

You can find that here, for those that don't know: 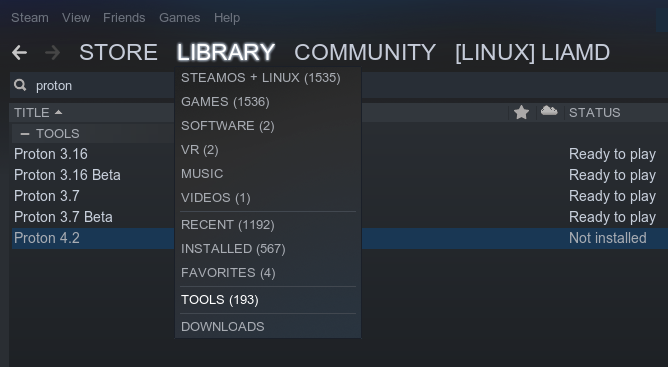 Article taken from GamingOnLinux.com.
Tags: Steam Play, Steam, Valve
53 Likes, Who?
We do often include affiliate links to earn us some pennies. We are currently affiliated with GOG, Humble Store and Paradox Interactive. See more here.
About the author - Liam Dawe

View PC info
This, right here, is why I'm a Steam loyalist. GOG may be DRM free, but they sure are useless for Linux
44 Likes, Who?

View PC info
Valve is there some way I can send you money without buying a game?? Because seriously **thankyou**.

Oh my god I got so many games to test now. I'm going to have to redo every one of my borked games to see what difference 4.2 makes. This is gonna be soooo guud.

This is why I absolutely refuse to even consider downloading a free game from EGS, screw Epic, they hate gamers in general and they hate us as well, they won't even port games made in a Linux compatible engine or port a store made in Electron. The sooner they go out of business the better off the entire world will be.
19 Likes, Who?
Purple Library Guy 26 Mar, 2019
Cool.
2 Likes, Who?

Wow, awesome. Yes, I used an workaround for RIME, and is all good now, but having this working out of the box is so great.
2 Likes, Who?

View PC info
awesome, finally we are at 4.x, now i really hope that finally some of my Racing Games are getting FFB support for my Wheel
2 Likes, Who?

I'm so excited on what will come in 2019 an the following years for the whole Linux Gaming Ecosystem. I feel like Linux as a desktop OS was never as important as right now and is getting still more and more popular and important :D
9 Likes, Who?

View PC info
In this steamplay version up to wine 4.2 based, however wine 4.4 shows interesting improvements

This is some titles working with steamplay: 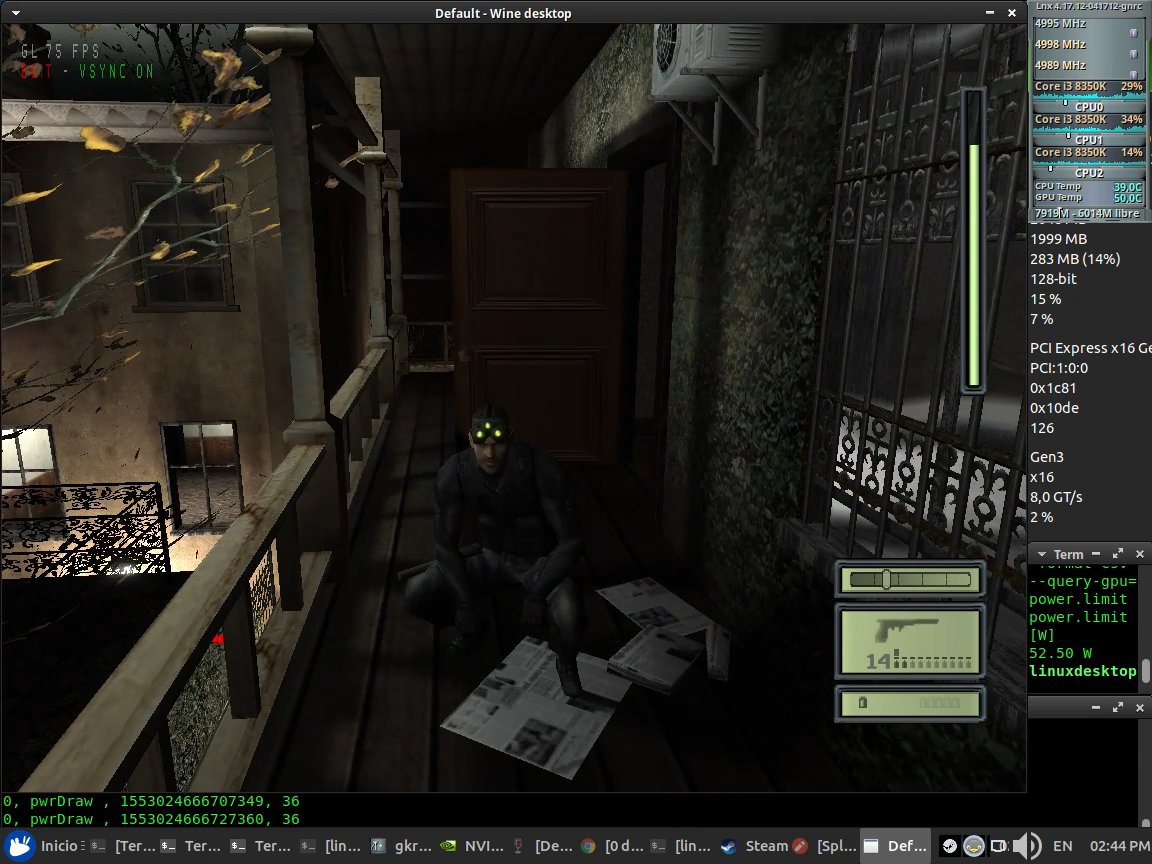 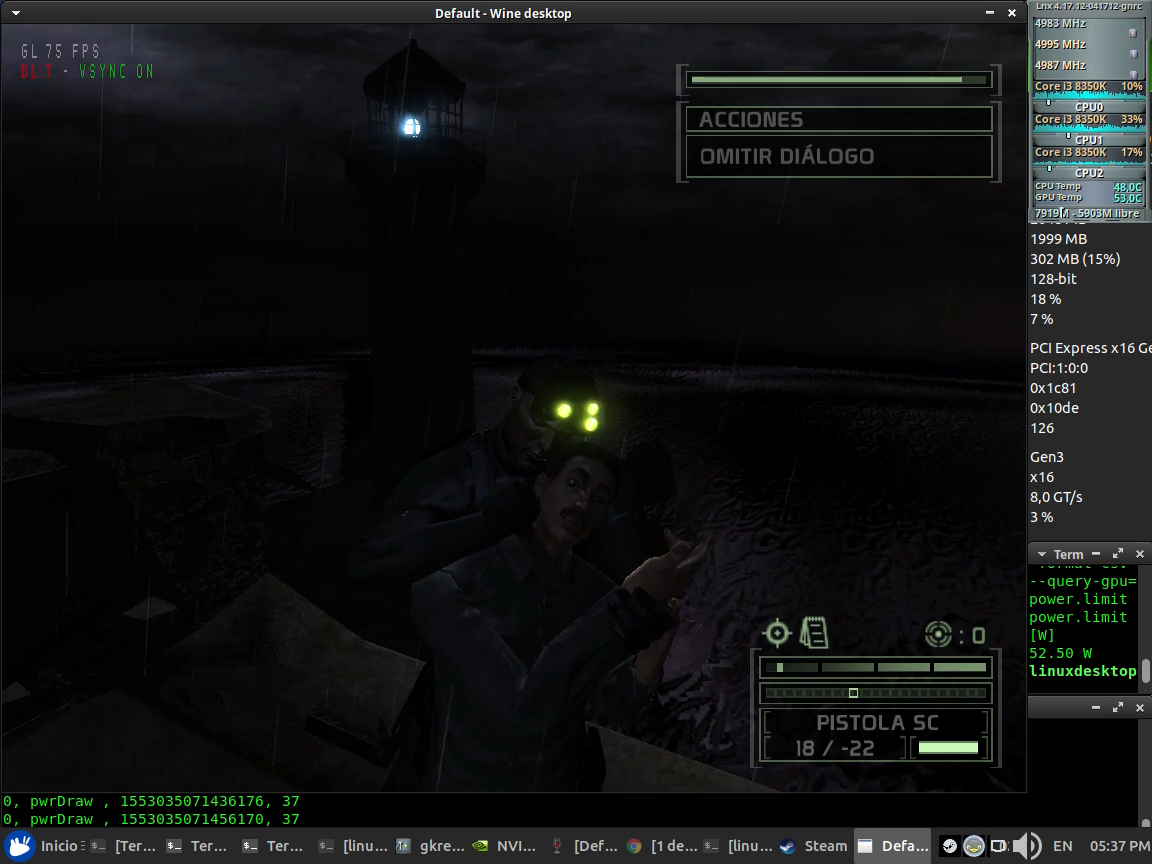 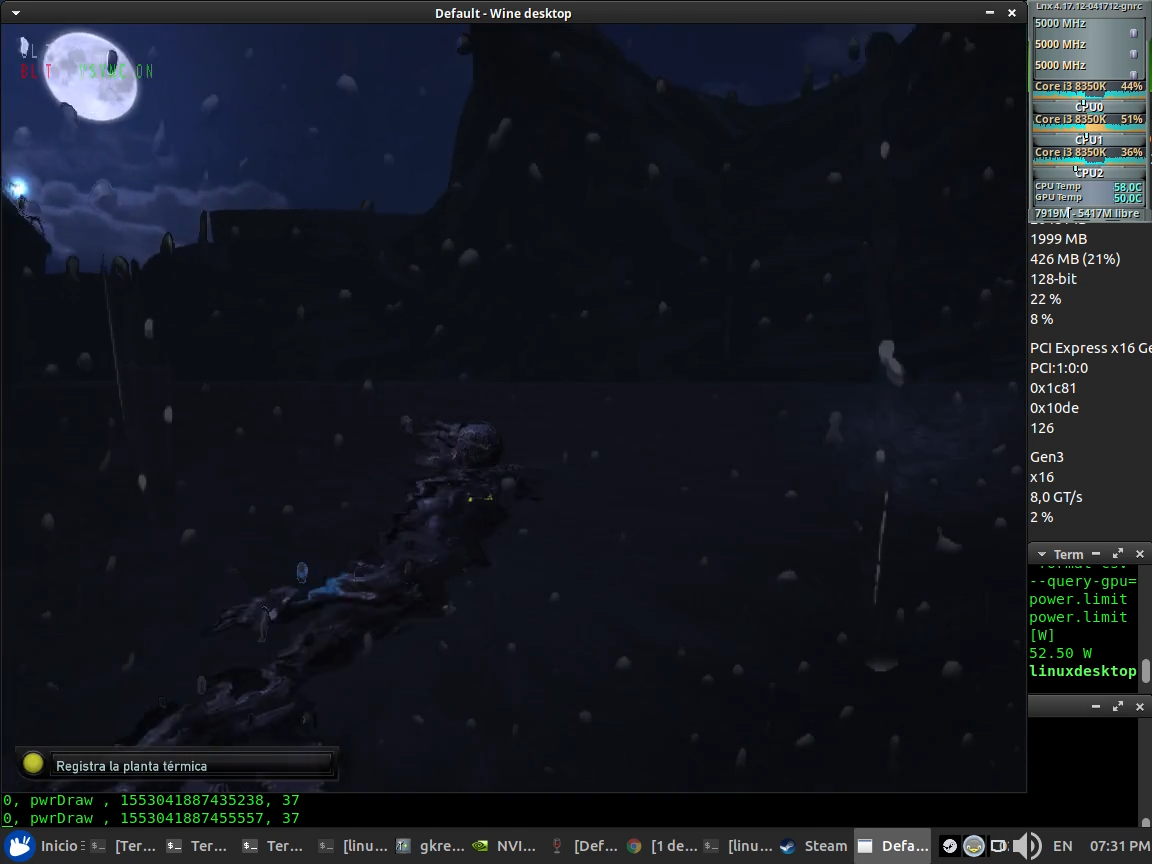 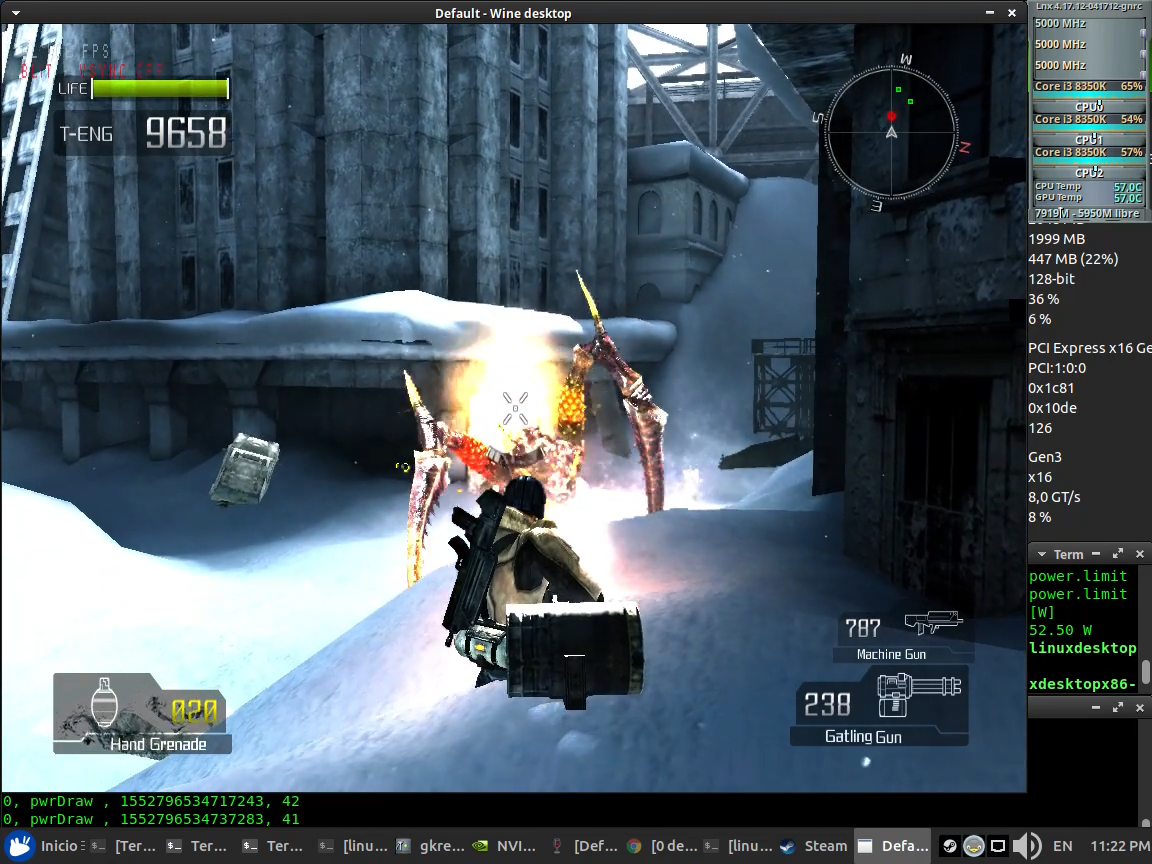 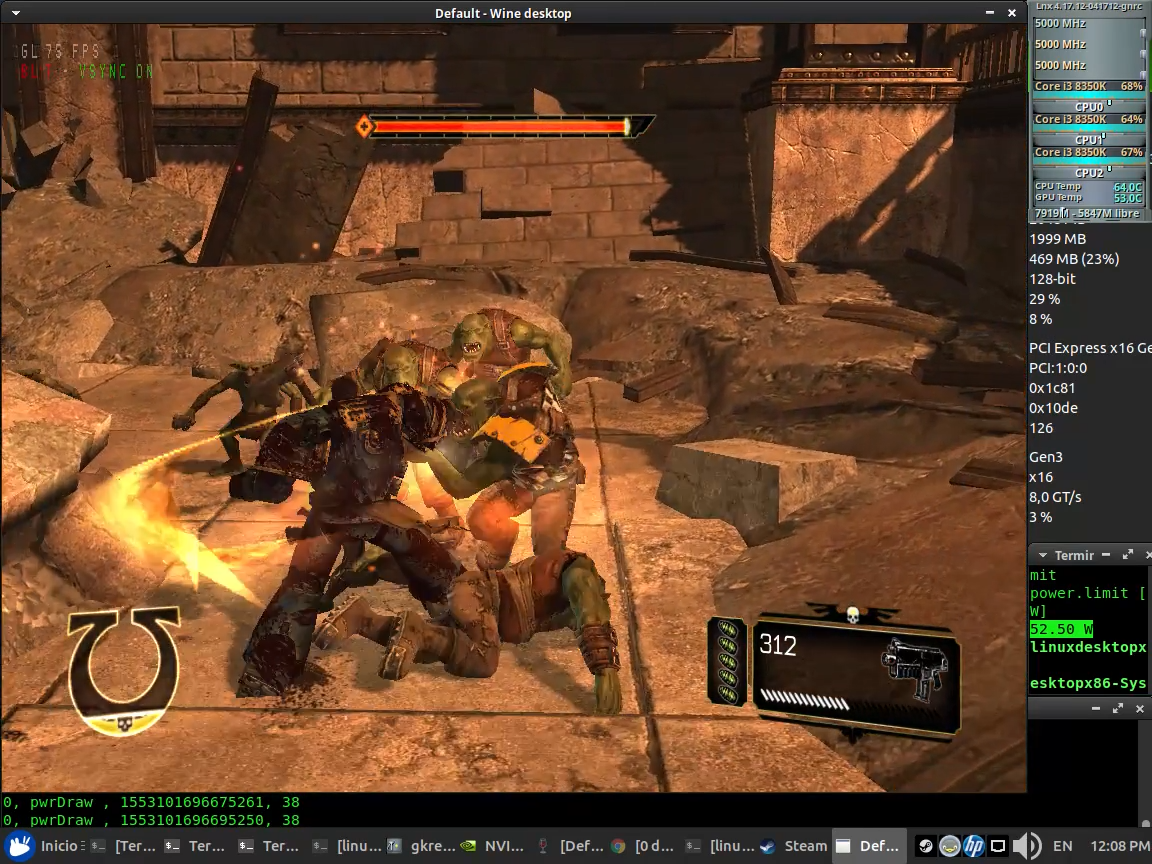 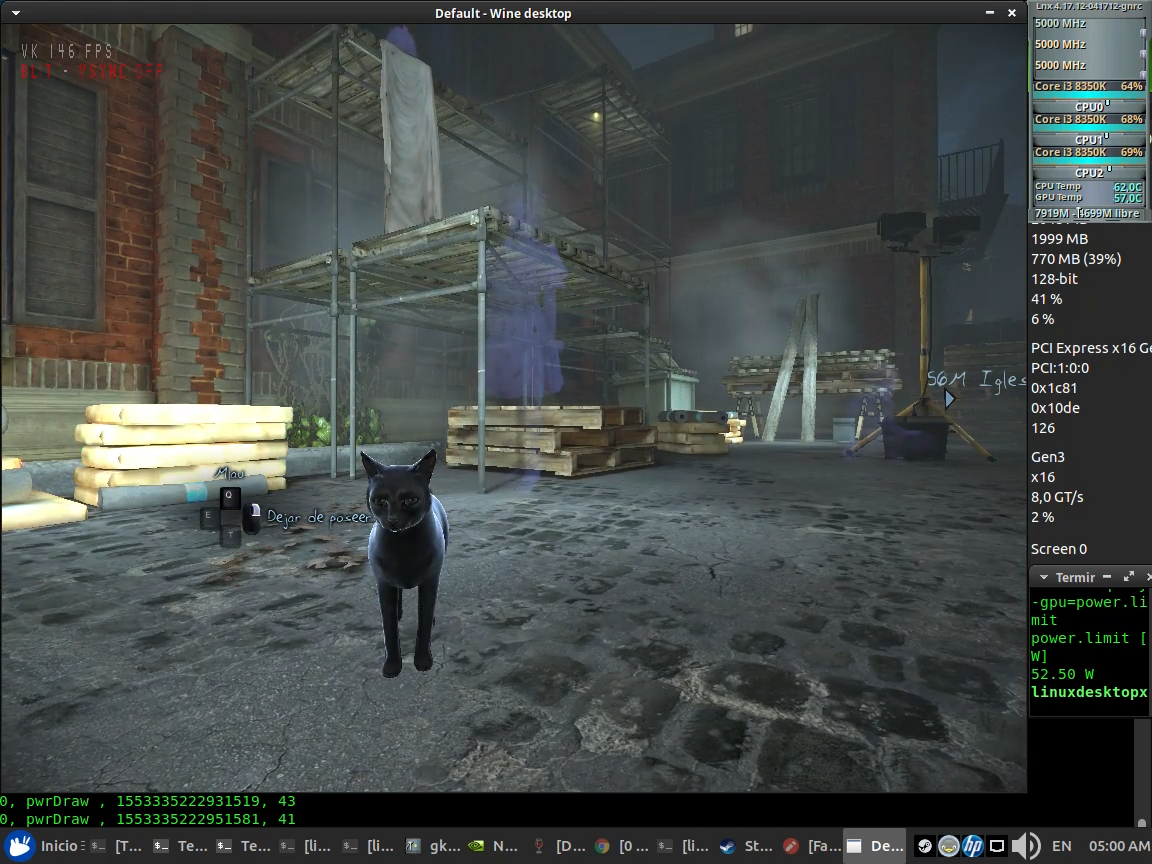 View PC info
Oh no, it's time for me to sleep and I just see this news...How to resist?
7 Likes, Who?

Quoting: NeoTheFoxThis, right here, is why I'm a Steam loyalist. GOG may be DRM free, but they sure are useless for Linux

Please don't oppose Steam AND Gog, they are two games sellers that support Linux, they all two deserve respect from Linux community.
18 Likes, Who?
1/8»
While you're here, please consider supporting GamingOnLinux on: