Valve unveils 'Dota Plus', a monthly sub to replace the Battle Pass with an ongoing service

For those of you addicted to Dota 2, you might want to take a look at the new Dota Plus monthly subscription Valve just unveiled to replace the Battle Pass system. 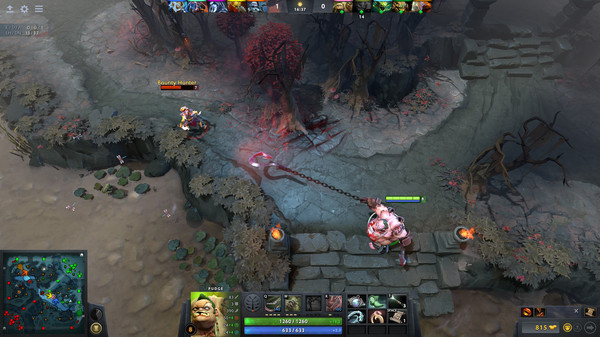 The Battle Pass system was interesting, but it did have the drawback of only being available around specific tournaments. Now that's not the case at all, since this is an always active on-going system of extras for subscribers. They're essentially turning Dota 2 into a two tier game, one that's free and this. All the basics of the game do remain the same of course, but paying for this sub gives you a few nifty extras that die-hard fans might want.

You get access to Hero Levelling, earning you special badges and access to the new Hero Chat Wheel responses. You also have access to a special pool of challenges tailored to each hero, completing them goes towards your overall hero level. You also get to earn and spend shards (a new in-game currency) with a selection of Plus-exclusive items.

There's also the new Plus Assistant, which will help you decide which items to buy, give you ability suggestions and hero suggestions all of which are updated in real-time based on what's going on in the game. On top of that, it will also give you a new Death Summary screen to see exactly what happened in great detail like incoming damage, stuns, and other disabling effects that led to their feeding of the enemy.

Subscribing will also give you Seasonal Terrain, so you can see snow during the Winter and lovely orange leaves in the Autumn. Oh—you also get free access to enter the weekly Battle Cup, whereas it's $0.99 each time for people who don't subscribe. So if you planned to enter them most the time, subbing would probably work out better anyway.

This evolution of the system sounds reasonable, the price isn't bad either. It's not like Valve need the money, but hopefully a bunch of it will go directly to the tournaments. It costs $3.99 a month, with discounts for paying over a longer period.

See the news post about it here and the official Plus page here, there's plenty more as I'm only glossing over the basics here.

View PC info
This is a perfect example of how to properly implement a subscription without completely killing the game. :) Well done Valve!
2 Likes, Who?

Quoting: ElvanexThis is a perfect example of how to properly implement a subscription without completely killing the game. :) Well done Valve!

Indeed, the same game for everyone, more detailed fluff (some useful fluff though) for those who want it.
0 Likes
Madeanaccounttocomment 12 Mar, 2018

Quoting: ElvanexThis is a perfect example of how to properly implement a subscription without completely killing the game. :) Well done Valve!

If WoW were only $3.99 a month I'd probably keep a subscription going even if I only planned to play like two or three times a month. It's simultaneously fortunate and unfortunate that won't ever happen. Fortunate because I can't trust myself to not get absorbed in the game.
2 Likes, Who?
gustavoyaraujo 13 Mar, 2018

View PC info
Just some more advertising for a proprietary platform. But hey: Hands up for more pragmatism. :P
0 Likes

View PC info
That bounty hunter in the picture looks already dead to me ;-)
0 Likes

Quoting: throghJust some more advertising for a proprietary platform. But hey: Hands up for more pragmatism. :P

If you want us to cover more FOSS games, email them to us, practically no one does.
1 Likes, Who?

View PC info
Sounds interesting. If/when I get into Dota 2 again, I'll consider the subscription. I was buying the Battle Pass anyway.
I'm just a filthy casual, but I'm a grateful one. I haven't spent much money on the game yet I have over 100 hours into it. I believe I had 60+ hours before I decided to spend my first $5.
0 Likes

barab4 13 Mar, 2018
View PC info
It would be cool if Valve introduced something similar for CSGO. Like 128 ticks servers and better anti-cheat system. They could also give a free skin every month :P
0 Likes
While you're here, please consider supporting GamingOnLinux on: