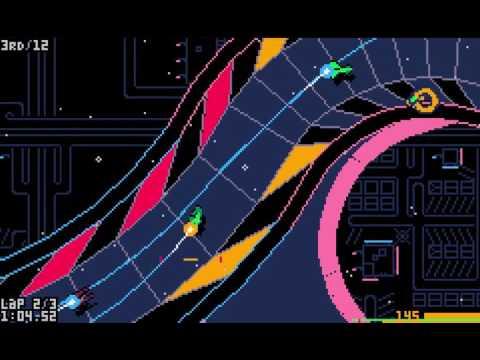 YouTube videos require cookies, you must accept their cookies to view. View cookie preferences.
Accept Cookies & Show   Direct Link
It has tons of features crammed into it by the looks of it! With a championship mode, split-screen multiplayer, a built in track editor and more.

The developer put out a message on Twitter, as they are having a hard time getting enough votes to pass Steam Greenlight, which is a real shame.

What do you think? Looks pretty cool. It looks like something I might have played on the Amiga years ago!

Even if the game doesn't manage to get on Steam, it will be coming to itch.io. The developer said on the itch.io forum a few days ago they plan to launch it in around a months time. Article taken from GamingOnLinux.com.
Tags: Greenlight, Indie Game, Racing, Steam
4 Likes
Share

View PC info
The gameplay looks pretty good! Fluid motion, nice mechanics, everything looks very playable, but I'm already getting a bit of a headache just watching the trailer due to the giant pixels moving by so fast. I think if they upped the resolution a bit, maybe going for more of an Amiga 1200 / AGA look, it would work much better!
1 Likes, Who?

View PC info
I'd maybe consider it on my mobile phone. Maybe.

View PC info
I voted for it. Looks good fun.
0 Likes
While you're here, please consider supporting GamingOnLinux on: